There are two positive outcomes that can come with seeing a band perform live. Some performances reaffirm your love for a group, while some make you love them even more.

The latter is what I experienced after seeing Nashville rock act Moon Taxi perform Tuesday night at the Student Union Ballroom.

Going in, I was a moderate fan of the band. I had listened to all their releases and thought they had a solid rock sound with southern influences. But while the band’s studio releases sound great, they pale in comparison after hearing the energetic, hard rocking versions performed live.

The openers, KDSML and Space Capone, got people pumped up and moving, but the crowd’s liveliness during the opening sets couldn’t hold a candle to the energy exuded during the headliner’s performance.

Moon Taxi is a jam band at heart, but they have a knack for strong songwriting as well. This combination got the crowd fully engaged in the show. Songs like “Running Wild,” “Morocco” and “All the Rage” had the entire crowd singing along and dancing. To top that off, most songs ended with a balls-to-the-wall breakdown. While on record, they sound akin to Band of Horses and other southern influenced indie acts, live they sound much heavier, taking cues from classic rock acts.

The classic rock comparison not only goes along with the band’s sound, but also their set list. Early on in the set, Moon Taxi busted out incredible covers of The Who’s “Baba O’Riley” and Manfred Mann’s “Blinded By the Light.” The surprise covers thrilled the crowd and hooked in casual fans that were new to the group.

Towards the end of the set, the band asked if the crowd wanted one more song.

They responded enthusiastically, and when asked the same question after each of the next four songs, their reaction only grew louder and more adamant. This response reflects the quality of Moon Taxi’s show. It was entertaining, sounded great and most importantly, engaging. With a performance like the one held Wednesday night, it’s easy to imagine that Moon Taxi will be around rocking our faces off for a long time.

Next Music in the Middle bands worth looking into 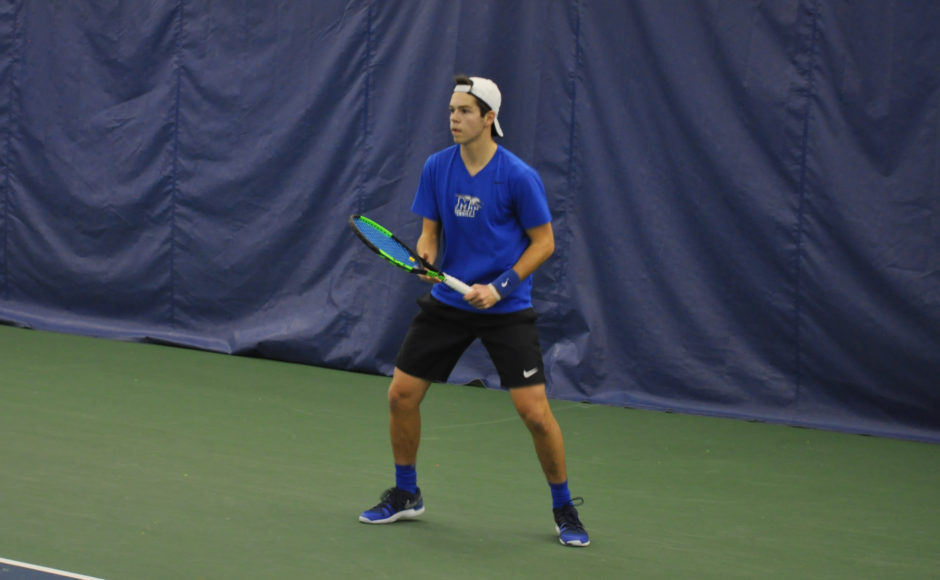