Alberto Gonzales, the former attorney general during the presidency of George W. Bush, will speak at MTSU on Thursday, Sept. 25 in the Simmons Amphitheater of the Paul. W. Martin Sr. Honors Building.

Gonzales, the Dean of Belmont University College of Law, will speak about law school and the legal profession from 1:00 p.m. t0 2:25 p.m., followed by a reception.

A figure of controversy, Gonzales was the subject of an investigation in 2009 by a Spanish court into whether or not he and five other Bush administration officials violated international law by providing a legal framework for the torture of detainees at Guantanamo Bay. Gonzales was also at the center of controversy surrounding warrantless wire-tapping by the NSA. 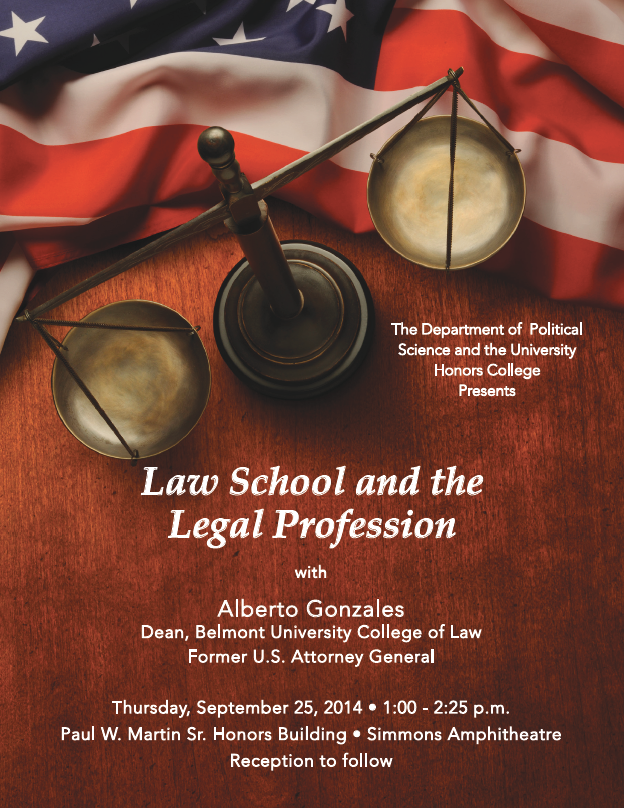 The Tulip Popular Press’ is spreading the love this Valentine’s day with screen-printed cards designed by the club...
Campus

Why is the Bragg P.O.D. closed?

Students with classes in MTSU’s Bragg Media and Entertainment Building will be unable to purchase snacks from the...
News

The U.S. Senate met last week for a hearing about whether or not Ticketmaster and LiveNation are a...