By Samantha Hearn and Robby Ker

Alberto Gonzales, the former United States Attorney General during the George W. Bush administration, was welcomed to campus on Thursday afternoon by a mix of potential law students and protestors.

Gonzales, the current Dean of Belmont University Law School, spoke on law school and the legal profession at 1 pm in the Honors College.

More than 10 people stood outside the Paul W. Martin Sr. Honors College protesting Gonzales’s involvement in “enhanced interrogation techniques” used during the Bush administration, which have been described by many as torture.

“We don’t want your bloody hands here. All you spread is hate and fear,” the group chanted.

The protesters, sponsored by campus political group MT Solidarity, drew a link between Gonzales and the torture of prisoners at Guantanamo Bay, warrantless surveillance through the National Security Administration, and his role in drafting the PATRIOT Act.

“MTSU students are getting younger and younger and farther away from the politics of ten years ago. We’re doing this to make sure people don’t forget,” protest organizer Elizabeth Burton said.

Two students entered the lecture and interrupted his speech with a their own water-boarding in the back of the room by using a water bottle carried into the lecture hall and a rag over one student’s face, a reenactment of a controversial interrogation technique heavily associated with the Bush era.

Police escorted the pair from the building, but gave no comment when Sidelines called for more information.

“Wouldn’t it be nice in life if we could have do-overs?” Gonzales said of his connection with the Bush Administration tactics.

The remainder of the lecture focused on his time in the White House, and how his experience in law led to his political career.

“I love being a public servant,” he said, advising students to “find time to give back to the community.”

The lecture was guarded by several policemen. Gonzales gave a Q&A after his lecture, and a reception followed in the lobby. The protesters were no longer outside after the lecture.

This story has been updated for clarification. 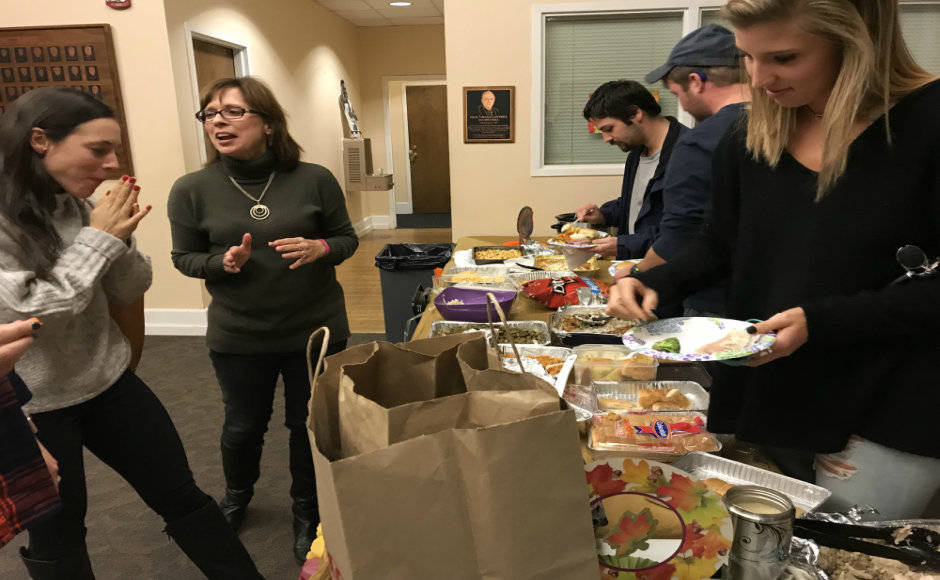