Middle Tennessee’s Blue Raider women (6-4) had another strong performance Sunday afternoon in Cookeville, their last contest of the non-conference schedule, shooting the lights out in a 98-76 victory over in-state rival Tennessee Tech (3-10).

The Blue Raiders were dominant in all categories of the game on Sunday, controlling the pace for both halves. The first half was tightly contested, with Middle holding the advantage from the start on their way to a 40-32 halftime lead.

The second half was all Middle, as they extended their lead to as much as 22 en route to the victory. The Blue Raiders did something that doesn’t happen very often on the day, leading from the tipoff to the final buzzer, and were only tied with Tennessee Tech once.

Sophomore Olivia Jones continued to show dominance on the season in her sophomore campaign, finishing with 30 points and adding 12 rebounds. Freshman Cheyenne Parker stayed hot as well, scoring 24 points and dishing out six assists on the day.

The Blue Raiders finished the day shooting 58 percent from the field, and shooting an astounding 74 percent in the second half. The 3 was pivotal in the win as well, as Middle shot 50 percent from behind the arc on 11-22 shooting.

Middle Tennessee finished with advantages in nearly all key categories, outrebounding the Eagles 31-25, and forcing 19 turnovers. The Blue Raiders also had a strong performance passing wise, as they tallied assists on 24 of their 36 made baskets.

Sophomore Ty Petty was strong at point for most of the game Sunday scoring 18 points and added 6 assists to her stat line. Sophomore China Dow was another Blue Raider to finish in double figures scoring on the day, as she finished with 12 points, and grabbed two steals.

Middle Tennessee is back in action to start conference play next Sunday against University of Alabama-Birmingham. Tipoff is scheduled for 2 p.m.

Next Blue Raiders fall to UAB in Conference Opener on Sunday 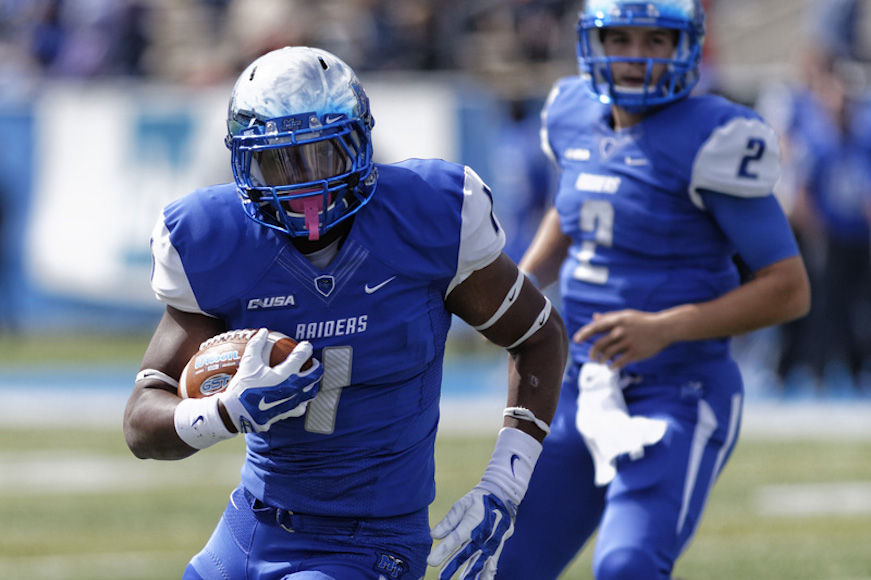