Thursday night on “The Farm” is reserved for setting up campsites and settling into the rhythm of Bonnaroo. Without a headliner to open the festival, it’s a day set aside for low card rock acts that promise to draw in large crowds at This Tent, That Tent and The Other Tent. Here are our picks to ensure your first night of Bonnaroo is one to remember. 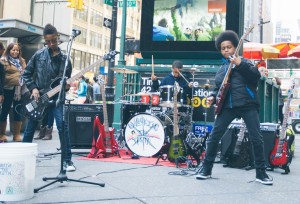 Where: This Tent
Genre: Metal

Not only will this three-piece metal outfit be kicking off Bonnaroo’s live music, but they’re also the youngest act on the bill, with all members in their early teens. But don’t let their age undermine their impressive resume, which of late includes several summer festival stops, a documentary and a record deal with Sony. Unlocking The Truth has been performing live (both in venues and around Time Square) since grade school and continue to draw massive crowds at festivals like Vans Warped Tour and Coachella. There’s no doubt the trio will draw a crowd on “The Farm,” as well.

English psych rockers Temples have a retro influence akin to ’60s Brit-rock that will be well-received and welcomed at ‘Roo. Since forming in 2012, Temples has supported bands ranging from Kasabian to the Vaccines to rock icons the Rolling Stones. Although they’re not the most original act on Thursday’s lineup, the projected crowd of over 5,000 will certainly make their trip across the pond worth it. 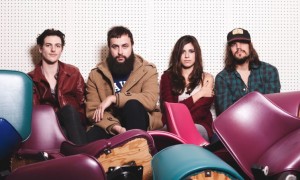 Having opened for Alabama Shakes, Grace Potter and the Nocturnals and Drive-By Truckers, all of which are ‘Roo veterans, this folksy Indiana-based group is an obvious fit for a Thursday night set. Like the aforementioned bands, Houndmouth has a similar southern charm, and their Americana roots promise to draw a much larger crowd than their 2013 performance at Bonnaroo’s Music on Tap Lounge. 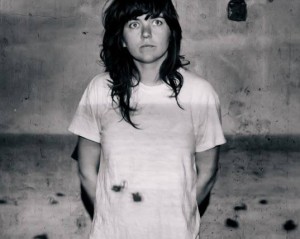 Australian singer-songwriter Courtney Barnett is coming to ‘Roo as one of the most anticipated low card acts after the March release of her praised debut album Sometimes I Sit and Think, Sometimes I Just Sit. There’s no doubt her clever lyrics and dry, conversational wit will carry over well to a Thursday night crowd. 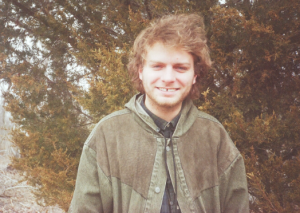 Psychedelic rock hero Mac DeMarco isn’t a new face, but his jangly, lo-fi, old school demeanor has cultivated a large following fit for ‘Roo. Known for his energetic performances, DeMarco will undoubtedly share a few new songs featured on his eight-song “mini LP” titled Another One scheduled to drop later this summer. There won’t be much of a turnover after Barnett’s set, so it’s a safe call to arrive early if you want to have a decent view.

Next Unlocking the Truth at Bonnaroo 2015 | Photo Gallery

During my three years with Sidelines, I served as Editor-in-Chief, Managing Editor and Features Editor. To keep up with my stories for Sidelines and other publications, follow me on Twitter @dylskye. 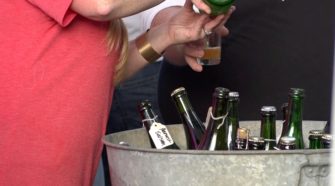