Called the “Grammy’s for sports”, the ESPY’s are one of the biggest nights where a game isn’t being played. With 15-time WWE champ and movie star John Cena as the host, the 2016 ESPY’s were filled with big moments.

After an unprecedented 90-81 win against Michigan State University in round one of the NCAA tournament, MTSU men’s basketball players and ESPY best upset nominees Reggie Upshaw, Darnell Harris, JaQawn Raymond and Giddy Potts accompanied coaches to the 2016 ESPY awards.

Holly Holm snagged the ESPY for best upset with her win over Ronda Rousey, beating MTSU and Roberta Vincy for the award.

Though the Blue Raiders didn’t take home the award, head coach Kermit Davis took to Facebook, grateful for the opportunity,  thankful to the MTSU fan base and optimistic about next season.

The award show itself, usually being upbeat and celebratory, took a different turn to start. NBA stars LeBron James, Dwyane Wade, Carmelo Anthony and Chris Paul opened up with a message about gun violence.

“The system is broken,” Anthony said. “The problem is not new, the violence is not new and the racial divide is definitely not new, but the urgency to create change is at an all-time high.”

The four went on to talk about how as athletes the spotlight is no larger, and how much change can be impacted in communities.

“As athletes, it’s on us to challenge each other to do even more than we already do in our own communities,” Wade said. “The conversation cannot stop as our schedules get busy again. It won’t always be comfortable, but it is necessary.”

The Arthur Ashe Courage award is notably one of the biggest honors given at the ESPY’s each year and none may exemplify that better than Zaevion Dobson.

In December of 2015, Dobson, a Fulton high school football player and student, was struck and killed during a shooting in Knoxville. Dobson jumped on two girls to shield them from the bullets, giving up his life in the process. Neither girl suffered any injuries.

Accepting the award on his behalf, Dobson’s mother and brothers gave thanks to their community and the people who stand with them. Dobson’s mother also spoke about how just four months later his 12-year-old cousin was killed in a drive-by shooting, urging the athletes with such power to join the fight.

In a piece narrated by Michael B. Jordan, as Zaevion Dobson, many spoke about Dobson and what he stood for, and President Obama spoke near the end of the piece.

“Zaevion gave his life to save someone else’s, what’s our excuse for not acting?” Obama said. “We have to ask ourselves, is this the world we want our kids to grow up in? Are we just going to accept these tragedies as the price of freedom and move on?”

In a night where powerful speeches loom large, Craig Sager, being honored with the Jimmy V Perseverance award stands out.

Sager, a TNT Sports broadcaster for the NBA, announced that just a few months back his cancer was no longer in remission. Vice President Joe Biden presented Sager with the award, discussing his own son’s struggle with cancer, ultimately losing his life.

Wearing one of his always brilliant suits, Sager thanked his families and the people who’ve been with him throughout the ups and downs in his battle with leukemia.

“Time is something that cannot be bought, it cannot be wagered with God and it’s not an endless supply,” Sager said. “Time is simply how you live your life.”

Also honored on the night was Sgt. Elizabeth Marks, receiving the Pat Tillman Award, and Chance the Rapper paid tribute to Muhammad Ali with an original song.

Previous Opinion: What Sanders dropping out means for young voters, the need for transparency in American politics 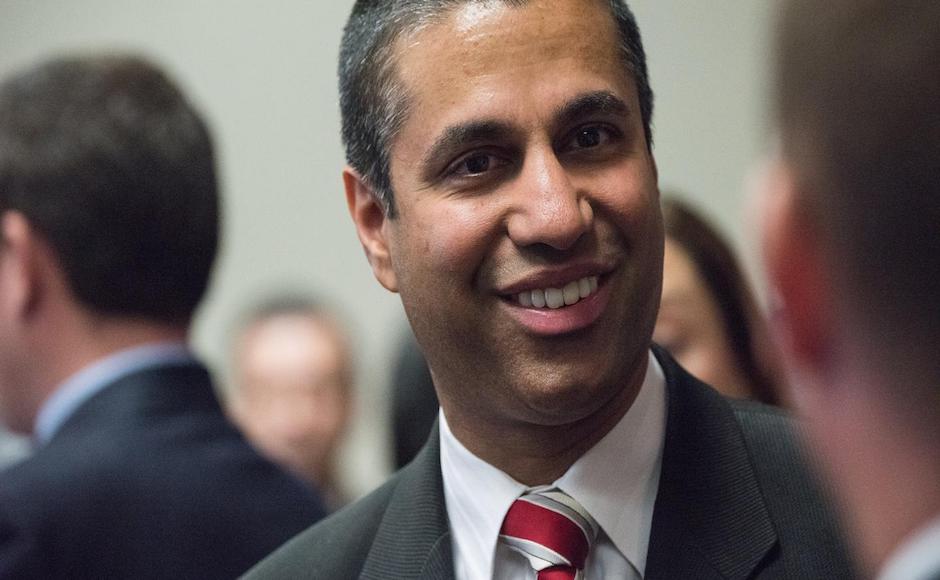 The vote to repeal net neutrality: What’s at stake?