For two and a half quarters, the Blue Raiders defense appeared to lose their identity. The fourth-best passing defense in the nation coming into Saturday’s game, the Raiders looked more like the 104th-best as they slipped behind Louisiana Tech. Despite the slow start, they dug in when it mattered most and got the stop that clinched the game.

For the defense, it all starts with the secondary, led by Jeremy Cutrer, Mike Minter and Alex Dale.

For Cutrer, Minter and other members of the Blue Raider secondary, Saturday’s matchup was the first game this season where the other team moved the ball through the air on them at will. The Bulldogs ended Saturday night with 504 passing yards against a defense that was giving up less than 100 yards a game through its first three matchup of the season.  Even with the first-half struggles, the Blue Raiders didn’t make many changes to their gameplan.

“There weren’t too many adjustments,” Safety Alex Dale said. “What we did worked a couple times, they just hit us on a big fluke play in the beginning and we just had some little mishaps. The main goal was just to stick with it in the second half and see what happens.”

When the Raiders went into halftime down 20-7, it would be easy to expect the team to be upset or down on their early performance. Even on the first drive out of halftime, the defense continued to struggle as the Bulldogs drove down the field to take their biggest lead of the game.

The team needed a spark and it came in the form of the offense, who drove the ball down the field within two minutes. The defense responded by getting the Bulldog offense off the field in three plays. Suddenly, the fans inside Floyd Stadium began to see the resiliency of the secondary.

“We still remained focus. We knew we were going to come back,” Minter said. “We knew we just had to stay in the game. We had to make sure that everyone kept their head up and nobody was down and out.”

Minter made the biggest play of the game when he broke up a fourth-and-goal pass to seal the victory for MTSU. On that play, he didn’t really know how, but he just knew they were going to throw the ball his way.

“I had it set in my mind. Let’s win it,” Minter said. “I just stuck to my fundamentals and technique and I got the ball out.”

If Minter hadn’t made the play, LA Tech would’ve taken the lead with 55 seconds remaining in regulation.

Even with the win, the Blue Raiders know that they must improve on the consistency going forward in the year. With Western Kentucky, Missouri and Marshall looming on the schedule, games like this one need to be a one-time occurrence if the team wants to be successful.

“We need to step up early, instead of trying to play late,” Cutrer said. “We need to come out with the attitude and aggression that we have at the end of the second half. We don’t need to hold it back, we need to let it loose as soon as we come out of the tunnel.”

The Blue Raiders have answered the call early in the season and they realize that they can control their destiny if they continue to stick to what has made them successful four games into the season.

The Blue Raider secondary will look to continue their momentum against the North Texas Mean Green on Saturday. Kickoff is slated for 6 p.m. CST. 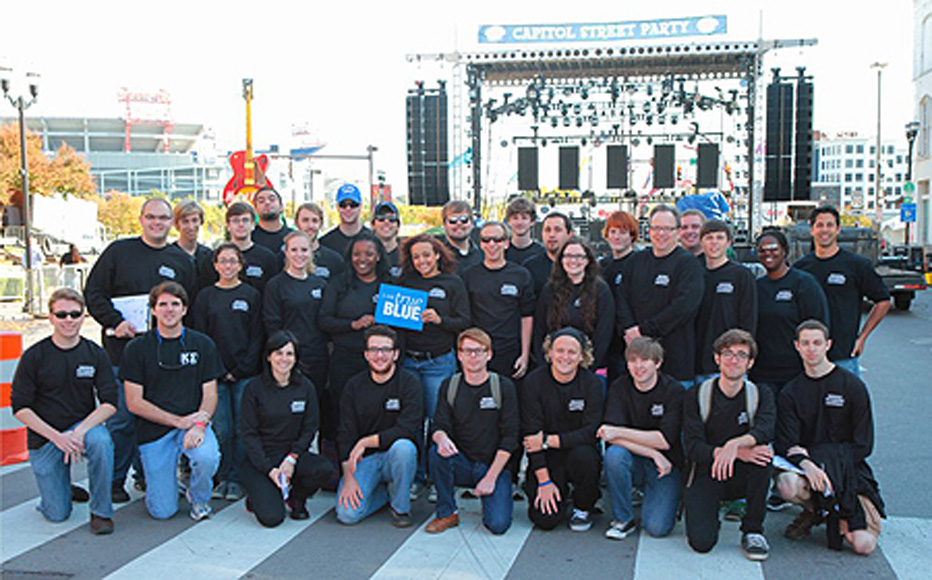