In their first game without quarterback Brent Stockstill, Middle Tennessee (6-4, 3-3 C-USA) could not muster up enough firepower to beat Marshall University. The Blue Raiders held their own for a half, but fell eventually on the road 42-17 to the Thundering Herd (3-7, 2-4 C-USA).

The breakdown of the second half Blue Raider defense was key in their loss as the group couldn’t contain the Thundering Herd. They allowed over 200 yards on the ground, giving up five yards a carry. MTSU also failed to generate a turnover.

The Blue Raiders held a 17-14 lead at halftime, but were held scoreless the entire second half. Marshall took advantage of Middle Tennessee’s second half struggles as they scored 28 second half points, including 21 in the fourth quarter.

Freshman quarterback John Urzua made his first career start, finishing with 220 yards through the air, a touchdown and two interceptions.

Running back I’Tavius Mathers could not get things going on the ground as the Thundering Herd keyed in on him from the very beginning. The senior running back was held to only 45 rushing yards and one touchdown. He also lost two crucial fumbles en route to his lowest rushing output of the season.

Sophomore sensation Richie James was his usual self and acted as the lone bright spot for the team. James finished with 12 catches for 122 yards. This was his sixth straight game with 100 or more yards receiving.

The Blue Raiders will look to fix their offensive and defensive woes next week when they take on the University of North Carolina at Charlotte 49ers. The game is scheduled for 1 p.m. CT in Charlotte.

Chadwick Boseman, “Black Panther” and “Get on Up” star, dies at 43 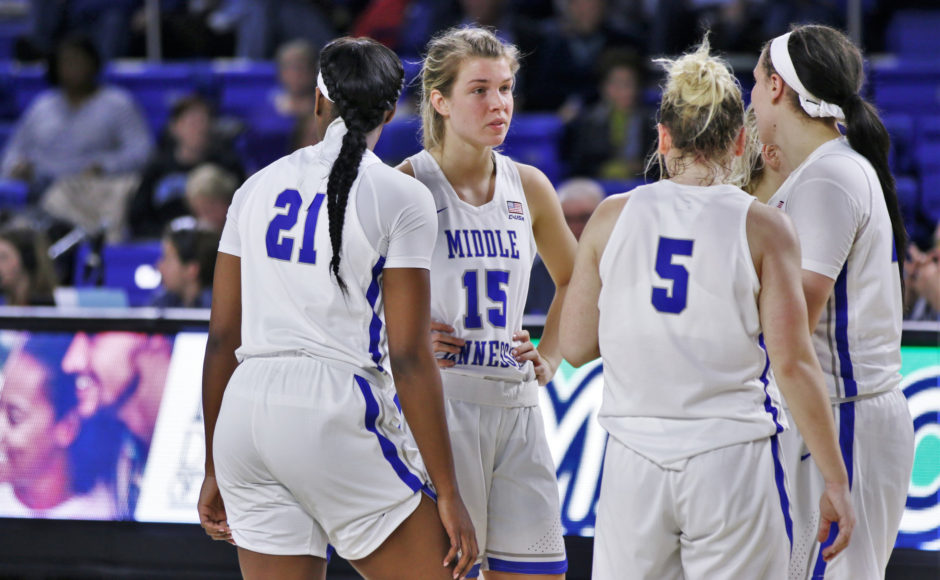