MTSU is home to many bookworms. One can usually find a student around every corner, swallowed up in a good book. If you want to read more, but aren’t sure what to pick up, check out our new weekly series, “‘What are you reading? Wednesday” to see which books your fellow students are enjoying. Below is our first compilation: 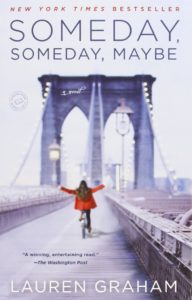 “It is about this girl who is trying to make it in New York as an actress,” Marshall explained. “It’s like her difficulties and how life can be trying and difficult if you are an actor.”

Marshall said this is a good book to read if you want to laugh. There are a lot of funny moments, but if you are opposed to cursing, don’t read it. 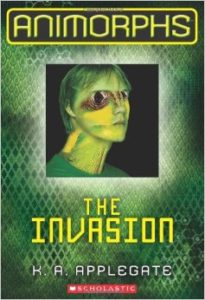 “Animorphs” series by K. A. Applegate

Parasitic aliens invade people’s brains and make them do their bidding. A good alien tells five kids what is happening and gives them this power to transform into animals to fight off the evil parasites. However, the kids can’t stay in the animal form longer than two hours or else they will be trapped in that form. They try to fight off the parasites and keep their identities hidden.

“They are actually really dark,” Schmidt said. “Within the first 20 pages of the book, the good alien gets murdered in front of the kids and they’re all horrified. They all try to live and keep this huge secret.”

Schmidt also explained that one of the kids gets trapped in a hawk body and becomes suicidal. The kids must balance their lives by trying to fight these parasites and hide who they are in order to protect their families.

“Pansy” by Andrea Gibson and “Siege and Storm” by Leigh Bardugo

“Pansy is like a bind-up of all of Andrea Gibson’s poetry, and she is actually going to be here at the Women and Gender Studies conference in March,” Trout said.

She explains that Pansy covers a lot of bases and is very relatable. The book is spoken word, so it’s not like reading something out of an English class. Instead, it’s like hearing a person speak passionately about something.

She described it as a fantasy book set in a world where people have powers, and the main character has a power unlike anyone else’s. She ends up getting manipulated into doing some bad things, and she must set out to right her wrongs.

“It reads very quickly. If you don’t read a lot, you still feel like you are accomplishing something because it goes fast. It’s just a nice break from reality,” Trout said. 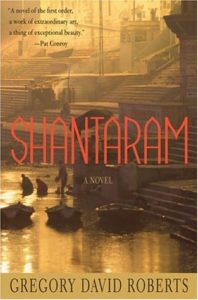 Mariah Mims, a junior in the College of Media and Entertainment, is currently reading “Shantaram.”

“It’s about this guy from Australia, and he was arrested for smuggling drugs and being involved with mafia activity,” Mims said. “He escapes from the prison and goes to India.”

“I really love India and I’ve always been obsessed with the culture and I kind of wanted to delve into that. This one came up when I was googling books with that kind of focus,” Mims said. “The reviews said it was one of the most eye-opening books with the most vivid imagery of India.”

Lovett explains that the book is about a coyote shape-shifter who rides around with vampires, faye (magical beings) and werewolves. The main character is a mechanic that hangs around creatures that are a lot more powerful than she is. She’s cautious, independent and holds on to that no matter what.

“I enjoy werewolf stories a lot, and it’s hard to find modern writers that focus on them,” Lovett said.

Lovett said that he frequently goes between science fiction and fantasy, and prefers authors that do a lot of world-building in their stories.

The 65th Annual Grammy Awards occurred on Sunday, February 6th, 2023. It was a night for honoring the...