A new and exciting year of Blue Raider football is on the horizon, and the young 2017 Blue Raider squad is ready to begin its quest for a conference title.

Fans will get a glimpse at this year’s version of MTSU on Saturday at 1 p.m. during the Blue-White Spring Finale at Floyd Stadium.  The team will be participating in a light contact, practice-like environment with individual position drills that will be finished off with a scrimmage game.

Tailgating at Walnut Grove and the Greenland parking lot is encouraged. Tickets to the Spring Finale are $5.

Below, we break down the returning roster and what to be on the lookout for this Saturday.

MT has had a lot of younger guys getting practice reps this spring due to injuries all over the offense.  The biggest of which is quarterback Brent Stockstill.  Stockstill won’t be participating this Saturday, which means that John Urzua will be taking over the first team duties, a spot in which he has been before.

The offensive line is a position group that is looking almost brand new as compared to the group that last played on Christmas Eve.  The Raiders lost left guard Josh Chester, center Daniel Stephens and right tackle Marquise Shakir to graduation, opening up three spots along the offensive line.

Returning for the Raiders is redshirt junior tackle Carlos Johnson and junior guard Chandler Brewer, who’s missed much of this spring due to injury.

“I think those guys have improved,” head coach Rick Stockstill said.  “We’ve got Robert Behanon in at center, and it’s the first time he’s ever [played center].  Connor Trent is in at left tackle and I’ve been really pleased with his progress and Angelo Owens has been solid filling in at left guard.”

Running back is arguably the team’s biggest position battle that is taking place.  Redshirt sophomores Ruben Garnett and Terelle West are joined by true sophomore junior college signee Maurice Gordon as the main youth of the group.

A big piece added to the puzzle is the return of senior Shane Tucker, who was out last season with an injury.  Tucker also spent time at receiver last spring, making him one of the most well-rounded backs of the group.

“[Tucker] has gotten a lot better the last couple of weeks,” Stockstill said.  “He’s getting a lot more reps at running back, a position he hasn’t played in about a year and a half.  He’s been very productive in his career here.”

Richie James and Ty Lee will be returning to lead the receiving corp.  James was a Third Team All-American and set a school record last year with 1,625 receiving yards on 105 catches with 12 touchdowns.  Lee was a breakout player as a freshman, getting Freshman All-American honors by posting 63 receptions for 699 yards and nine touchdowns.

Lee and James have both have had limited contact participation this spring, giving opportunities for other receivers to get some reps.

The defense is the one of the biggest question marks coming into the new season.  After giving up an average of 35.7 points per game last year, the team decided to part ways with defensive coordinator Tyrone Nix.  MTSU went out and hired former Syracuse head coach Scott Shafer to fill the spot, and they have been installing his new defensive scheme throughout the spring.

MT’s biggest loss on the defensive side of the ball is corner Jeremy Cutrer, but the Raiders are returning seniors Mike Minter and Charvarius Ward to give them two reliable options at the position.

Minter will be out Saturday with an unknown injury, giving flipped cornerback Daryl Randolph an opportunity at some more reps against outside receivers.  Fifth-year senior Alex Dale will be returning to help patrol the defensive backfield along with his counterpart from last year, Jovante Moffatt, who has shown real improvement this spring.

The front seven will be anchored by the return of linebackers DJ Sanders, Miles Harges and Darius Harris.  Chris Melton has earned a lot of reps this spring at linebacker and has been one of the more “impressive” players to coach Stockstill along with defensive end Walter Brady, who transferred to MTSU this spring from Missouri.

Brady will be anchoring the young defensive line after the team lost Shaquille Huff, Raynard Felton, Jimal McBride and Chris Hale to graduation.

“I think our guys on [the defensive side of the ball] have grasped [our new scheme] very well,” Stockstill said. “Even from the first day out there guys were flying around pretty good and it didn’t look like that was our first time under a new scheme.”

On special teams, the Raiders will be led by the return of fifth-year senior kicker Cannon Rooker.  Rooker made 64 of his 66 extra points last season and connected on 13 of his 16 field goal attempts.

Junior Matt Bonadies will be returning to assume the punting duties.  Bonadies averaged 38.8 yards per punt last season and pinned opponents inside the 20 yard line 16 times.

Snapping for both Rooker and Bonadies will more than likely be redshirt freshman Daniel Sargent, after the departure of William Eads.

In the return game, James will likely continue to return punts and Garnett will likely be the team’s main kick returner, depending on how the running back position shakes out.

The Raiders’ main focus on special teams this spring has been in the kicking game.

“We’ve installed more of the kicking game this spring then I think we ever have,” Stockstill said.  “I think we’ve done a good job there, and I think that’s going to help us in the fall.” 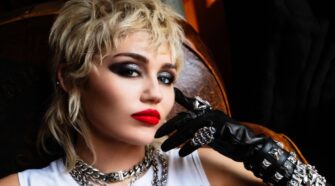