The Middle Tennessee State Blue Raiders scratched and clawed as long as they could to stay in the ballgame, but an eight run first inning by the Southern Mississippi Golden Eagles proved to be too much as they went on to win by a score of 14-7 on Friday night at Reese Smith Field.

The Blue Raiders fought back in the first and second innings, as they put up a three spot in each of the two frames to bring themselves to within two after being down by eight to start the night.

A couple of offensive bright spots for MTSU gives the team reason for optimism heading into games two and three of the series.

Aaron Aucker extended his hitting streak to 14 games Friday, and he has also reached base safely in the last 24 games.

Austin Dennis collected another three RBI outing.  Dennis leads the team in RBI and extended his season total to 44 tonight.

The Raiders were without Head Coach Jim McGuire tonight due to an undisclosed reason.  Coming into the night, Middle Tennessee was 2-0 when McGuire was absent.  He is expected to be back Saturday.

“We talked about how important [getting off to a strong start] was coming into this weekend, and we got punched in the mouth tonight,” Assistant Coach Robbie Britt said.  “I thought we responded well offensively, and I thought [McDivitt and Bair] did well for us out of the bullpen.”

Early offense runs both starters off after one inning

The fireworks got started early tonight, as both teams combined for 14 total runs in the first two innings, which resulted in the early exit of both starting pitchers.  MTSU’s AJ Spencer and USM’s Kirk McCarty both only lasted one inning.

Southern Mississippi exploded for eight runs in the top of the first.  The Golden Eagles had six extra base hits, with two of them being home runs.

MTSU responded with a couple of two-out rallies.  The Raiders scored three runs in their half of the inning, headlined by a two-run home run by designated hitter Aaron Aucker.

In the second inning with two outs and the bases loaded, Austin Dennis promptly un-loaded them with a stand-up double to narrow the game to 8-6.

B2: Strikeout ends the inning. However, the #BlueRaiders are back in the game thanks to #Dennis‘ bases-clearing double! 8-6. pic.twitter.com/OE57wpowPX

Middle Tennessee right fielder Austin Dennis has continued to swing a hot bat.  Dennis went 2-4 with three RBI.  Dennis has been extremely successful the past two games, knocking in a total of seven runs.

Dennis collected three RBI and a run scored in the first two innings.  In the first, Dennis singled and later came around to score on Drew Huff’s RBI single.

In the second inning, Dennis’ three RBI double gave the Raiders new life to bring them to within two after being down by eight earlier in the ballgame.

“I feel like I focus more when there’s runners in scoring position because its an important at-bat,” Dennis said.  “I thought [as a team] we focused really well when we were down 8-0.  We knew we could get back in it, and we did [get back in it] in just two innings.

MTSU box from their loss to Southern Miss pic.twitter.com/qsLKPy9CjA

The Raiders will finish out their series with Southern Miss this weekend on Saturday and Sunday.  Saturday’s game is scheduled for 4 PM and Sunday’s game is set for 1 PM.

Next Preds fall in St. Louis, lose first game of the postseason 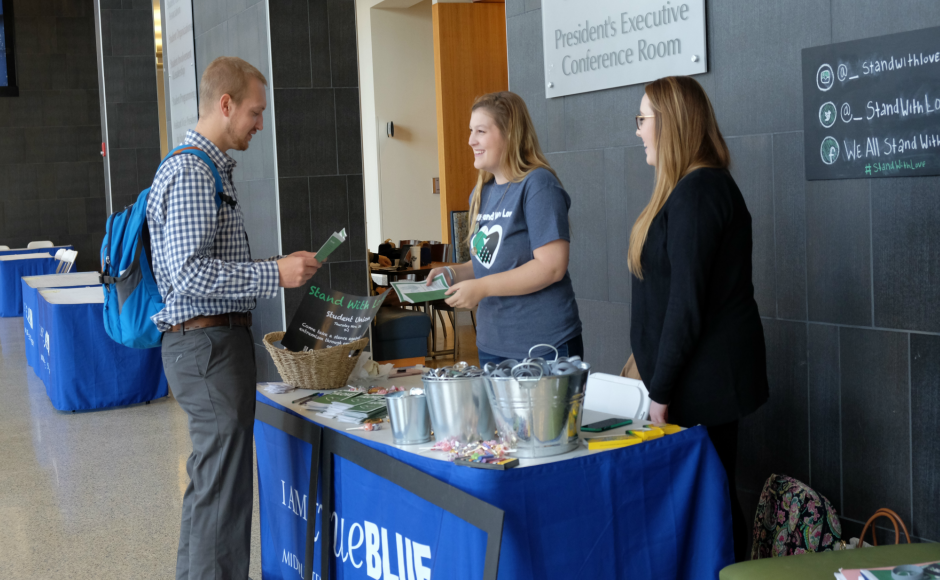