The Middle Tennessee softball team (18-26) concluded their weekend series with No. 25 Marshall Fighting Herd (38-7) in Murfreesboro and after a tough pitching battle, the Blue Raiders fell in tough fashion by a final score of 2-0.

Senior Megan Chocallo got the start in the circle for Middle and gave one of her best outings of the year, pitching a complete game while allowing two runs off six hits and striking out two.

With this being one of her last starts in a Blue Raider uniform, Chocallo’s main goal was to give her team the best chance to win in front of the many fans that showed up.

“It was a good day, the team was pumped about everything,” Chocallo said. ” [The team] wants to do it for us seniors, and I think we did that we played our hearts out.”

Chocallo added a solid line to a season that has seen her compile a 1.93 earned run average 14 appearances (six starts) and 40 innings.

For the third time in three days, Marshall senior Jordan Dixon was in the circle and she did not disappoint. She pitched a complete game, allowing no runs off two hits while striking out six.

With how much control Dixon had over her pitches, the Blue Raiders knew they needed to be aggressive if they were to have any chance to win.

Chocallo believed the lineup came out focused and ready to play, even with Dixon’s strong weekend.

“We came out focused, and she is used to getting 11 or 12 strike outs a game and we limited her to four or five,” Chocallo said. “That’s a big thing for us, and we just battled and hit her hard.”

Even with a tough loss. it was a positive day for Middle Tennessee as they honored four players for Senior Day. Lauren Payne, Lauren Riddell, Whaley and Chocallo were all given a moment in the spotlight with friends and family before the game as a part of the festivities.

After transferring from Towson and playing three years for the Blue Raiders, Chocallo’s family got to see her suit up and take the field one final time.

“This is my dad’s last game ever seeing me play,” Chocallo said. “It was emotional and I wanted to [win] for him.”

Whaley hails from Lewisburg, TN and has been at Middle all four of her college career. With the season drawing to a close, she wants to take the experience she’s had thus far and finish strong.

“I want us to go out these last five games and give it all we got,” Whaley said. “We have nothing to lose. I just want to enjoy it…we all played to the best of our abilities and I’m anxious to see what’s next.”

Head coach Jeff Breeden believes that the seniors have left a legacy that will be with the Raiders long after the four of them graduate.

“As a group, they are going to leave here knowing that they have turned the culture around here from being something that wasn’t very good to something thats going to be on the verge of us exploding and doing good things that we want to do.” Breeden said.

The Blue Raiders will be back in action on Wednesday in a midweek conference make-up double-header against UAB ; first pitch is set for 3 p.m.

Previous 'Contract with the American Voter:' How Trump's promises have fared in his 100 day plan 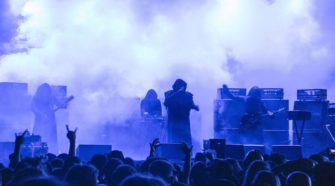