Murfreesboro Police responded to a shooting on Creek Oak Drive on Monday at approximately 6 p.m.

Officers searched the area but made no contact with the men. One bullet casing was found in the road on Creek Oak Drive. Detectives were then notified of the incident and the casing was collected as evidence.

Previous Women's basketball: Johnson to take the reigns in 2017-18 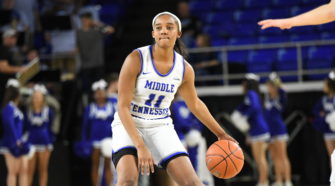