Country music superstar Brett Eldredge dropped his newest album “Brett Eldredge” at midnight last night, and the self-titled album perfectly blends the met expectations for what an album should contain with a taste of something fans didn’t quite know they needed.

Since its release, the country album has already managed to claim the #1 all genre spot on the iTunes charts, which is a huge accomplishment not only for Eldredge alone, but for country music as a whole. That just goes to show that this album isn’t suited just for country music fans.

“Brett Eldredge” is Eldredge’s fourth studio album and was released under Atlantic Recording Corporation, a Warner Music Group Company. It is comprised of twelve tracks, but only seven of those tracks are new to fans.

To tease the album’s release date, Eldredge pre-released his hit single “Somethin’ I’m Good At,” along with four others: “Love Someone,” “The Long Way,” “No Stopping You” and “Castaway.”

Although not recognized as one of the seven new songs on the album, “Somethin’ I’m Good At” could never grow old, and that’s why it deserves a spot in my top picks. It’s fun and full of light-hearted vibes, and there’s truly no other song out there like it. Both the extreme up-tempo and witty lyrics provided in this catchy tune prove worthy of award-recognition.

Eldredge also supplies fans with slower, stripped down tracks in the new album. If you prefer this smooth and irresistible side of Eldredge, you should listen to “No Stopping You.” The relatable message of the song  is portrayed in his lyrics, “You gotta do what you were born to do ‘cause there’s no stopping you.” If that’s not enough to draw you to the song, you can find Eldredge’s swoon-worthy falsetto in the track.

Other tracks worth notable mention include “Crystal Clear” and “Cycles.” On opposite ends of the tempo spectrum, “Crystal Clear,” which is about the idea of escaping reality through island time, is a faster-paced track whereas “Cycles” slows things down a bit.

Eldredge’s talent of telling a story through a single three minute song is yet again showcased in his latest album, but what’s unique to “Brett Eldredge” is the way the twelve tracks combine to tell an even larger story. By listening to the album, you, the listener, are given behind-the-scenes access into Eldredge’s personal life.

If country music isn’t your style, don’t let that steer you away from country’s reigning album.

Through the album, Eldredge reminds listeners that they don’t even have to be country music fans to enjoy his music. Unlike many others in the industry, he avoids the infamous hillbilly side of country music. So, if you’re on the fence as to whether or not you should listen to “Brett Eldredge,” give it a try; you won’t regret it. 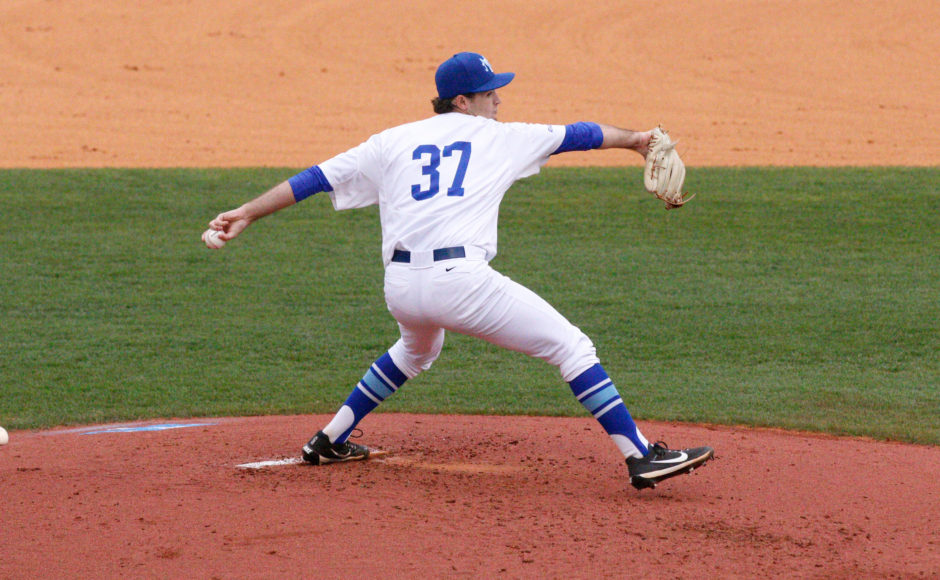