After being nominated this past summer, Middle Tennessee quarterback Brent Stockstill has been named to the Allstate AFCA Good Works Team.

Stockstill joins former MTSU quarterback and 2017 Blue Raider Hall of Fame inductee Wes Counts as the only Blue Raiders to ever be selected for the Good Works Team. Counts is also a member of the award’s selection committee.

The Murfreesboro native joins the University of Alabama–Birmingham’s Shaq Jones as the only other winner from Conference USA.

The recipients were chosen by Allstate Insurance Company and the American Football Coaches Association on Thursday.

The award recognizes college football players for giving back to the community they play in and players are nominated by their teammates.

The former Siegel High School standout enjoys volunteering in the Special Olympics, Special Kids and reading to local elementary school students along with a host of multiple charity event appearances throughout the year.

“This is probably the biggest honor I can receive,” Stockstill said. “I take a lot of pride in what I do in this community and trying to help others. To use my platform as a college athlete and as the face of this team to really impact others is special. Whether its reading to people or going to special needs camps and helping them, I take a lot of pride in it, and I don’t need or expect any recognition for it. I do it for the love that I have, but to be able to receive some recognition is pretty cool and I’m very humbled by it.”

The award panel, which includes former Florida quarterback and Heisman trophy winner Tim Tebow, was faced with the task of narrowing down the 146 preseason nominees to the list of 22 winners.

The former AFCA Good Works Team recipient knows that what you do off of the field can impact a community just as much as what you do on it.

“For me, the Allstate AFCA Good Works Team tells the full story of what it can mean to be successful as a student-athlete,” Tebow said. “I know it’s important to develop the skills of these young players on the field, but it’s even more important to encourage these players of all the good they can do off the field and help them understand the impact they can make with the platform they have.”

Stockstill will have the opportunity to participate in a special community service project with the other award winners in New Orleans, just before the 2018 Allstate Sugar Bowl. The entire team will be recognized on the field at halftime during the game.

Stockstill and the Blue Raiders (1-2) return home this weekend to face Bowling Green State University (0-3). His status for the game remains questionable.

Next Soccer: 5 players to watch during Conference USA play

Football: Aftermath of critical penalty that defined the C-USA Championship 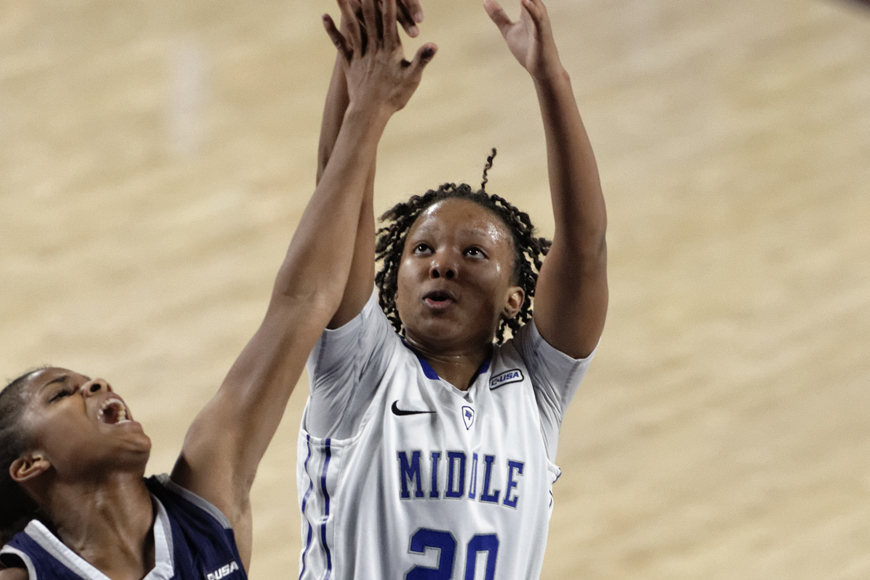