One of the most infamous haunted legends in Tennessee is undoubtedly the story of the Bell Witch. The story comes from Adams, Tennessee, a small town about 75 miles from Murfreesboro.

In the early 19th century, John Bell and his family moved to Adams. Increasingly hostile encounters with an invisible entity referred to as a “witch” that ultimately ended in Bell’s death by poison have cemented the tale in Southern folklore.

Unique to the Bell Witch is the story’s credibility. Andrew Jackson even got involved when he heard reports of a spirit terrorizing the Bell family.

But a branch of the story extends to Middle Tennessee State University and jumps forward by a century and a half with equally gruesome details. The legend goes that an MTSU student conducted a family history project for her class in 1968 and discovered she was a descendant of the Bell family. The girl, who supposedly lived in Lyon Hall, became fascinated with the discovery.

Though multiple variations circulate the campus, most stories include the detail that the student would return home from her studies and her room would be in disarray. A rose would be left there, a nod to rumors that the Bell Witch was a gardener in her mortal life.

All stories conclude the same way: the student ended up dying, either having killed herself or being brought to death by the influences of the Bell Witch.

The rumor has existed for some time. In 1999, Sidelines reporter Susan McMahan interviewed the late English Professor Charles Wolfe from the Tennessee Folklore Society about the legend.

According to Wolfe’s report, the student’s problems began when her research project notes were out of order after being left in the room unattended. At the same time, the student began to have disturbing dreams and hanged herself during Thanksgiving break.

Another telling comes from Teresa Ann Bell Lockhart in “A Tennessee Folklore Sampler” who said that the room in Lyon Hall where the girl died has been turned into a storage closet, according to legend. This account contrasts from Wolfe, who said the room had been sealed off indefinitely.

Rebekka King, assistant professor in the department of Philosophy and Religious Studies, uses the tale in class to explain cognitive evolutionary theory, how the human mind processes the supernatural .

“At the origins of human existence … Our brains developed certain skillsets or certain sorts of ways of thinking about how we interact with our environment that would be common across all human beings,” King said. She added that researchers theorize that using religion to deal with the supernatural is one of those skill sets.

According to the theories King presented, the human brain categorizes certain external phenomena, and “on the basis of very little information, we make a bunch of assumptions for what’s happening in front of us.”

King said religious concepts and the supernatural “find some sort of way of violating” human expectations. Until the human mind can find the rationalization behind a seemingly supernatural phenomenon, it will remain supernatural.

Part of this ties back into the origins of the human mind, according to King. She said some scholars of evolutionary theory argue the concept of agency is a key factor in how the human mind processes external events.

In short, humans take visual or audio cues and fill in the gaps. When it comes to ghosts and the paranormal, humans are inclined to buy into the idea.

The invisible agent which is tied to a good story and repeatedly told among people is the perfect recipe for the legend of the Bell Witch at MTSU.

“What we have here is a great story,” King said. “We have a story that has good inferential potential, it takes place at MTSU and it has this agency — the witch has these desires to see some sort of justice brought to her, or something rectified and you’re being told it by your professor and possibly by other students on campus.”

King said she doesn’t believe that all of it happened like the story goes.

Maybe there is a hint of truth there, but the university has not confirmed any of the reports about the girl’s death in 1968.

University Archivist Donna Baker said that regarding the MTSU Bell Witch story, “There (are) not a lot of things backing it up.” Baker’s telling of the story falls in line almost exactly the way King and most others have told it, but “there has been no substantiation” by anyone at the university, according to Baker.

One detail associated with the legend is that, because the room was potentially blocked off after the incident, there are more windows than doors at Lyon Hall. Baker said the building, which was built in 1927, has been remodeled so many times that “the floor plan could be all off.”

For now, the legend remains just that. But it has worked its way into the realm of academia at MTSU, just like the story suggests happened in 1968. The untimely death of a student in Lyon Hall reigns as one of the more morbid legends at the university, but one that shall likely never be forgotten. 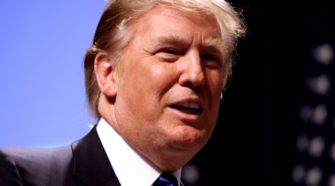