The Lady Raiders ended their fall stint of the 2017-18 season this week, placing 13th in the Maryb S. Kauth Invitational in San Antonio, Texas.

On Sunday, the Lady Raiders teed off in the early morning and dealt with strong winds throughout the day. After one day of place, Middle Tennessee found themselves in 13th place.

Long led the field with four birdies on the day to tie in fourth place out of 74 golfers, while Burris tied for fifth with scoring on Par 4s (-1).

Bouncing back from their worst round of the season, the Lady Raiders scored a two-over par (290) to move up a spot to 13th in day two of the tournament.

Long led the Lady Raiders, as she scored a four-under par (68) with five birdies and an eagle to run up the leaderboard and into a tie for 17th. She also had a bogey-free day on day two, opposed to her day-one performance where she logged nine bogeys. Long matched her career-low round score with her four-under par.

Bounleutay ended day two with the same score as day one with a three-over par (75), while Burris carded a four-over par (76).

The Lady Raiders ended their last fall invitational of the season by dropping one spot to 13th on the leaderboard.

Long ended the day carding a nine-over par (81), while Bounleutay ended with a six-over par (78).

The Lady Raiders have successfully ended the fall portion of their 2017 season, and will kick off the spring season March 3-5, 2018, at the Hurricane Invitational in Miami, Florida.

Next Review: Local community theatre performs, fails to impress with 'The Importance of Being Earnest' 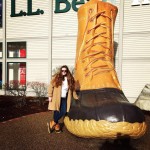