A woman reported to police that she was threatened with a handgun at Textbook Brokers on Greenland Drive Friday at approximately 7:29 a.m.

Murfreesboro Police officers made contact with the victim at Textbook Brokers, and she then explained the incident. The victim stated that, at approximately 6:59 a.m., she was driving on Greenland Drive and stopped in the left turn lane at Middle Tennessee Boulevard. The suspect pulled up next to the victim in a teal Mazda hatchback. The suspect pulled out what appeared to be a black handgun and pointed it at the victim. The light then turned green, and the Mazda continued straight toward Highland Avenue. The victim took a picture of the suspect’s license plate with her phone.

Police are currently investigating the incident.

Next Football: Raiders burned in Birmingham, fall to UAB 25-23 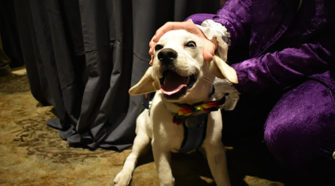