Lee was one of the main catalysts in the Middle Tennessee offense this season, leading the team in receptions (74), receiving yards (916) and receiving touchdowns (5). The Georgia native also carried the ball 39 times this season for a total of 109 yards, leading him to a grand total of 1,029 all-purpose yards.

Brooks was a stalwart for the Blue Raiders defensively, collecting 68 total tackles and leading the team in tackles for loss (15) and sacks (6.5). He also tied the school record for tackles for loss in a single game with five in the win over Florida International.

Blankenship filled a couple of different roles for the Blue Raiders, taking over the starting duties as both a safety and punt returner.

The Alabama native didn’t disappoint, registering 63 tackles, seven tackles for loss, two passes defended, a sack and a team-leading two interceptions. As a returner, he averaged 11.5 yards per return.

Ferguson stepped up as a major force on the interior of MTSU’s defensive line. The big man had 24 tackles, including 4.5 behind the line of scrimmage and two quarterback hurries. Ferguson provided one of the season’s most memorable plays when he picked off Florida International’s Alex McGough in the fourth quarter to ice the game.

The Blue Raiders will partake in the Raycom Media Camellia Bowl on Dec. 16 against Arkansas State. Kickoff from the historic Cramton Bowl in Montgomery, Alabama is slated for 7 p.m. and the game will be televised on ESPN. 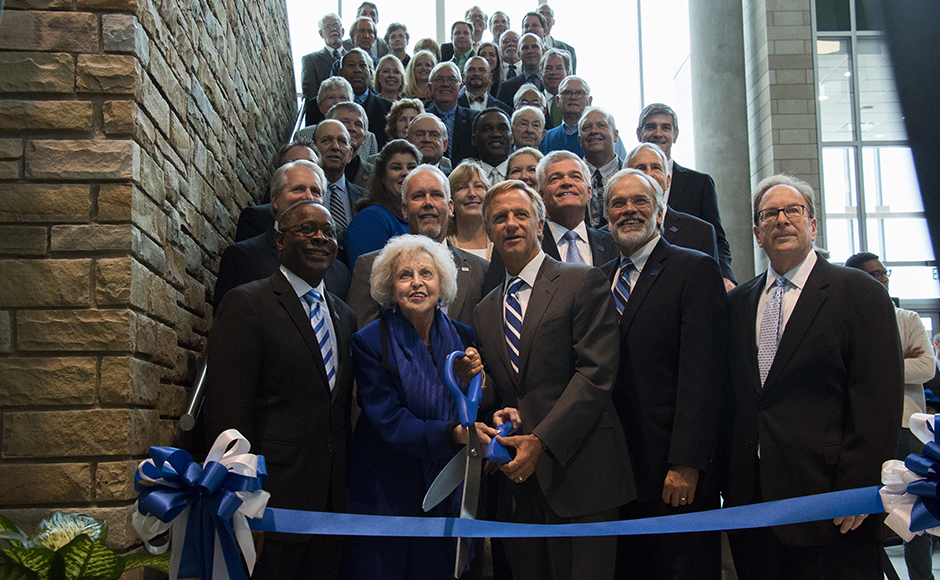