Middle Tennessee head coach Rick Stockstill reportedly spent $10,000 of his own money to purchase tickets for the student body to accompany the Blue Raiders to the Camellia Bowl against Arkansas State.

“I’m going to buy 10,000 dollars worth of tickets for this game, and I want to give them to the students,” Stockstill said. “(The students) haven’t been able to go to a bowl game in two years because of our destination. I just want to show them my appreciation for them coming to the games.”

Coach Stockstill announces he will purchase $10K worth of tickets to give to MTSU students because of the difficulty of traveling to the last two bowl destinations. Please RT!

MTSU fan and Murfreesboro native Denzell Bowers was moved by the gesture from Stockstill.

“When you process it, it’s like, ‘Wow, (Stockstill) really wants the fan base involved,'” Bowers said. “I know that I’ve posted stuff on twitter that said it seems like the fans aren’t appreciated, and I was wrong. It really shows that he wants to get the community out to the games, and it was a great move.”

After spending their last two bowl games in the Bahamas and Hawaii, Middle Tennessee fans will only have to travel approximately four hours south on I-65 to Montgomery, Alabama, for the Camellia Bowl.

“I have heard nothing but great things about the Camellia Bowl and the people of Montgomery and their hospitality,” said athletic director Chris Massaro. “We really need to have our fans come out in full force and make the short drive because showing strong support at bowl games is critical for future bowl opportunities.”

Former MTSU running back Phillip Tanner followed suit, tweeting on Monday night that he would “donate 500 dollars to MTSU students to attend the bowl game.” He also challenged some of his fellow alumni, current Chicago Bear Benny Cunningham and Tennessee Titans safety Kevin Byard, to do the same.

I will donate $500 to MTSU students to attend the bowl game, and also calling out @BennyCunningham @KB31_Era to match it! @MT_BRAA @MT_FB

Cunningham was the first to match Tanner’s total on Monday evening, bringing the donations of former players to $1,000.

Early Tuesday morning, Byard took the challenge as well. This brought the total to $2,000 from former players.

Tickets can be picked up on a first come, first serve basis at the Floyd Stadium ticket office with a valid student ID on Wednesday at 2 p.m. There are 399 total tickets available for students, and there will be a one ticket limit per ID.

You can also head to the MT Spare office in Student Union room 340 by Dec. 14 and place your name on the list for a free bus ride, ticket and t-shirt. Space is limited.

Here’s the itinerary for any students interested in the road rally. pic.twitter.com/WNqvfHglr3

This is a developing story. Please check back for updates.

Previous Football: Raiders end up in bowl picture after a rough ride in 2017

Next Crime: Murfreesboro Police respond to shooting on Grantland Avenue 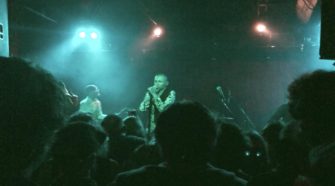