Music and artistry have always been key elements in black culture. From African rhythms to jazz, blues, rock ‘n’ roll, gospel, hip-hop, R&B and the music of today, a constant projection of the black spectrum can be found laced across the history of music. Being able to Download Videos and these artist’s music allows their musical legacy to live on forever and continue to make history in black culture. You can lots of different musical genres on tellingbeatzz which show just how popular genres like hip-hop and rap are. To commemorate Black History Month, here are a few artists whose works have inspired a generation or two. 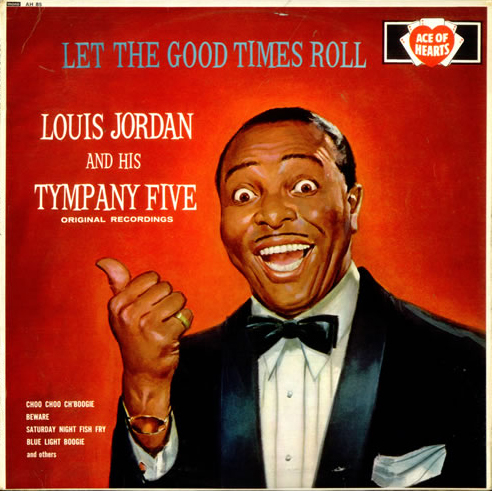 Chuck Berry is often unofficially credited as the true originator of the rock ‘n’ roll genre, but Berry himself credits Louis Jordan as a major influence on his style. Born in 1905, Louis Thomas Jordan was a singer, multi-instrumentalist and band leader who often sang and played tenor saxophone with his band, Tympany Five. His lyrics were often rife with comedic elements coupled with detailed storytelling—a style that would later be adopted by artists performing in genres of music such as folk, country and even hip-hop. One of such instances came to light on the song “Beware” where within the song, Jordan and his band members appear to gather together while Jordan gives relationship advice to another man present. Jordan was one of the first black artists to have crossover hits on the music charts and is credited as one of the pioneers of R&B. The modeling of his band as a five-piece and the resulting success that followed represented a shift in the typical structures of performing bands. 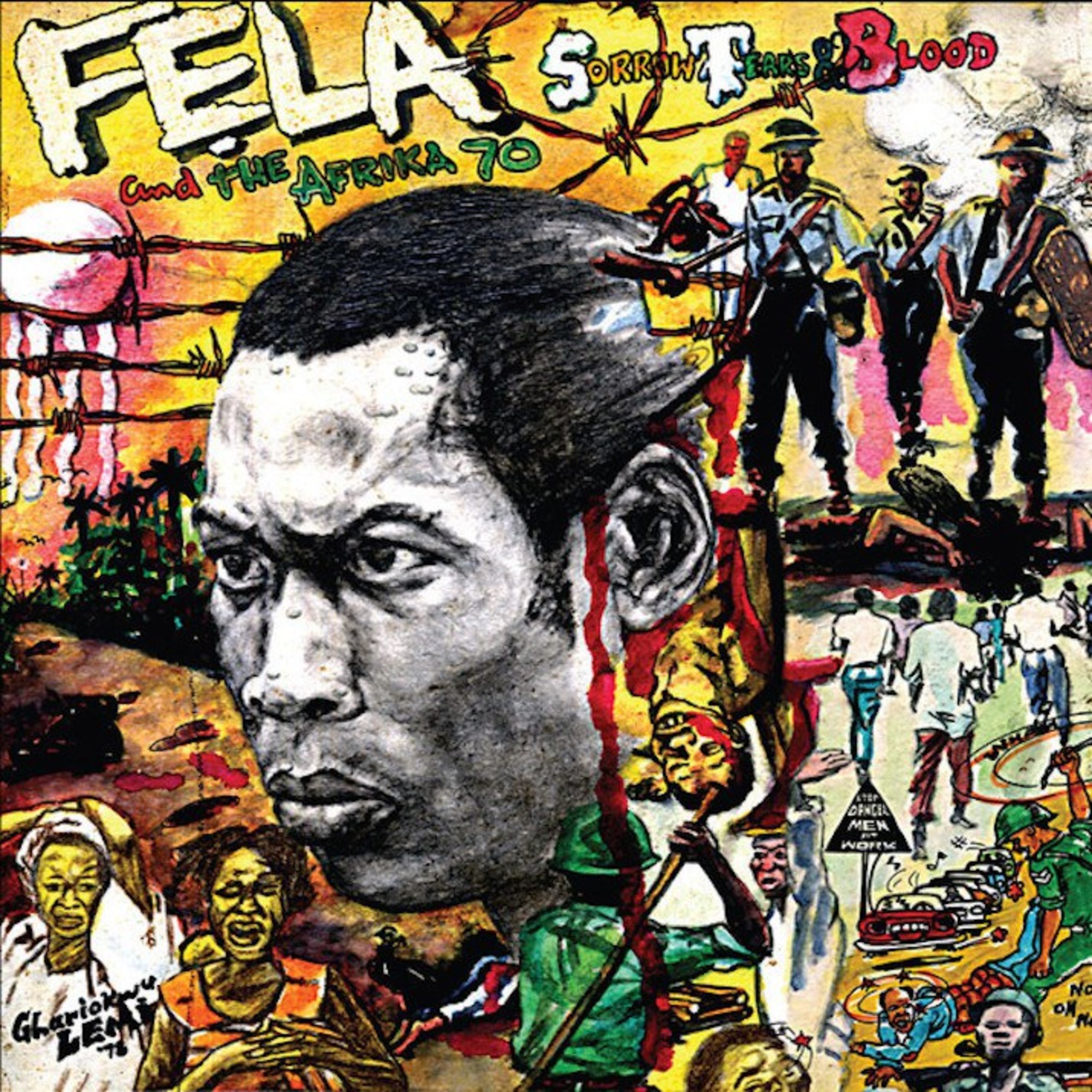 Born in October 1938, Fela Anikulapo Kuti was an artist, multi-instrumentalist, political activist and all-around eccentric figure from the Yoruba tribe of Western Nigeria. He was the son of Fumilayo Ransome Kuti—a key political activist for the movement to end colonization in Nigeria as well as a proponent of women’s rights. On top of that, Kuti was the first cousin of Wole Soyinka, another important figure in Nigerian social justice movements and a Nobel laureate. It was Fela Kuti who first coined the term “afrobeat” in an attempt to describe his style of music, a term that is now used to describe African dance and pop music. During the height of his success, he was somewhat of a cult-figure in Nigerian society and as a result of his strong anti-government positions as well as his push for black power he was hated by the presiding government of the time. This hatred led to the death of his mother during a military raid on his home. A maestro of live performances, Fela insisted on never making studio versions of his songs, with all being performed live. He also wrote most of the lyrics to his songs in “Pidgin,” which is a form of English commonly spoken by Nigerian locals and other West-African nations. Several of his concerts were abruptly ended by military raids similar to the one on his home out of fear of inciting the people, as songs such as “Coffin For Head of State” and “Zombie” contained strong anti-government themes. The influence of his work has bled through generations and borders so much so that contemporary Nigerian artists such as Tuface and Wizkid have noted Fela as a major influence on their music. Brooklyn native Jay-Z has also been quoted as a fan, and Fela’s sons Femi Kuti and Seun Kuti are both acclaimed musicians today. Fela’s work has been recreated in live atmospheres across the globe and has also been sampled by other artists. One of such instances of sampling was the use of elements of the song “Water No Get Enemy” by Pete Rock in the production of “Grown Man Sport.” 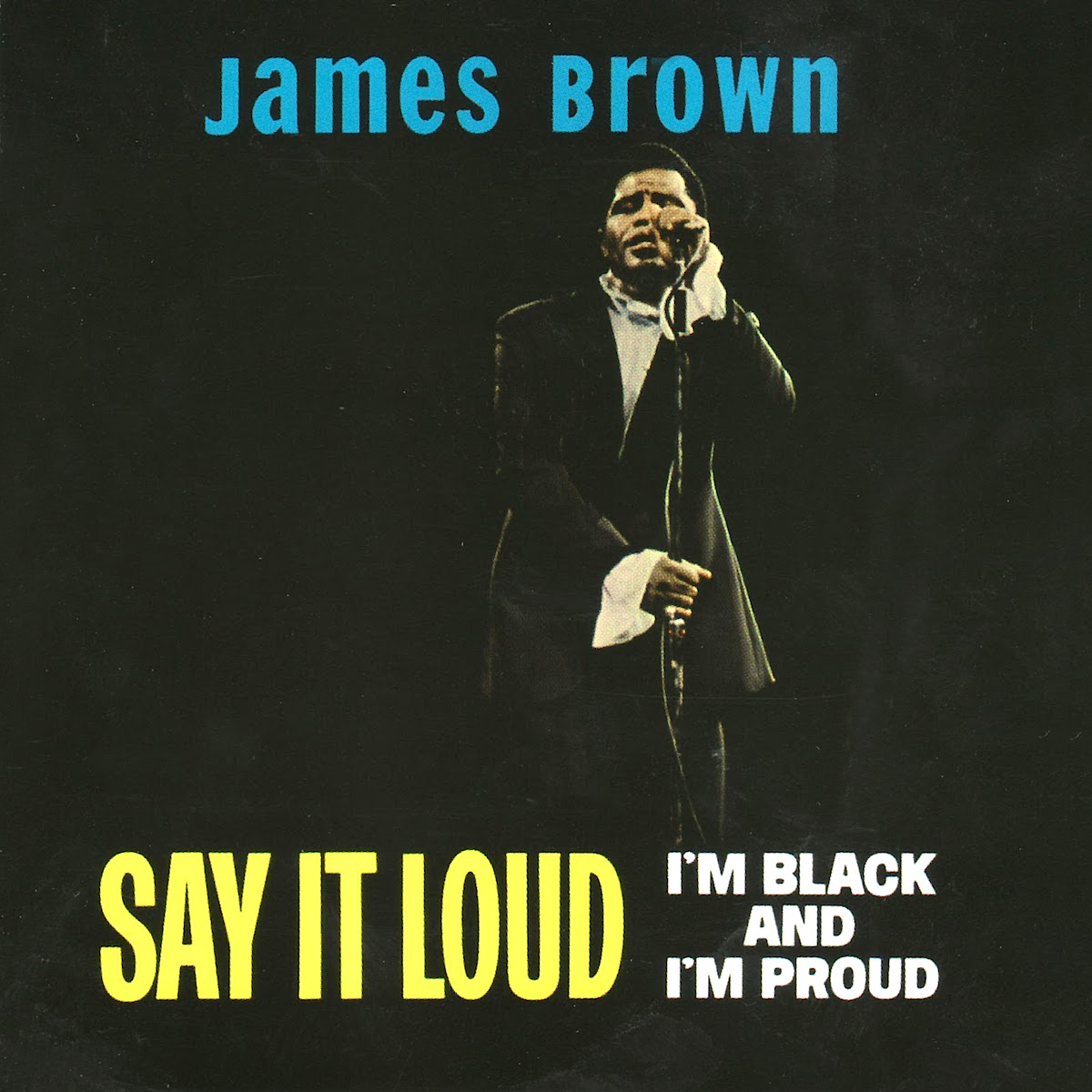 James Brown holds the unique distinction of being the most sampled artist of all time. If there was no James Brown, there might not have been hip-hop music, as a lot of early hip-hop works relied heavily on sampling, pulling beat patterns from tracks like “Funky Drummer,” which featured a lengthy drum break from Brown’s drummer, Clyde Stubblefield. Brown is widely considered to be the creator of funk music and is fondly referred to as “The Godfather.” With a tendency for eccentric live performances, Brown took a number of the elements that composed the jazz and big band genre of the previous era and worked them into his music in the form of live instrumentation. 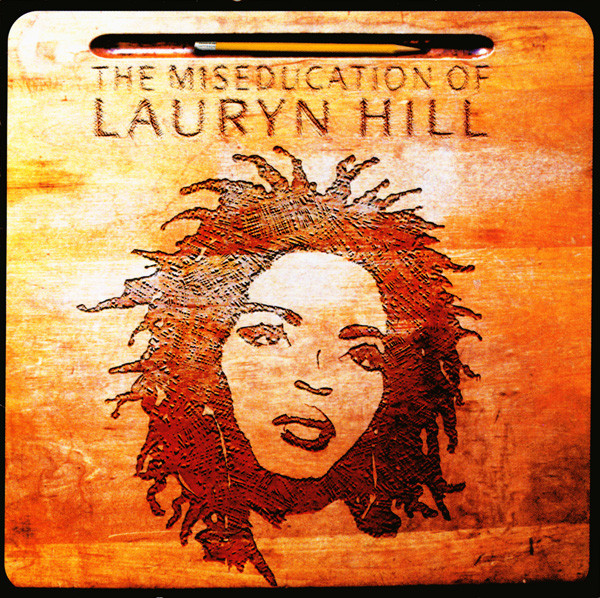 In 1999, Lauryn Hill made history by winning a Grammy award for Album of the Year with her record, “The Miseducation of Lauryn Hill.” It was the first hip-hop album to win in this category and is still one of only two to do so. She has been a major influence on black women and women in general. She has also been cited as a major influence by several male artists as well, with her lyrics often gifting a deep insight into black femininity and the female perspective. In her seminal song “Doo Wop (That Thing),” she lends a warning to both men and women, informing each side to avoid being exploited for sex. Despite a short spanned career, with only one studio album release and a life riddled with personal problems, she is still considered one of the greatest artists of her generation and the greatest female rapper by most. 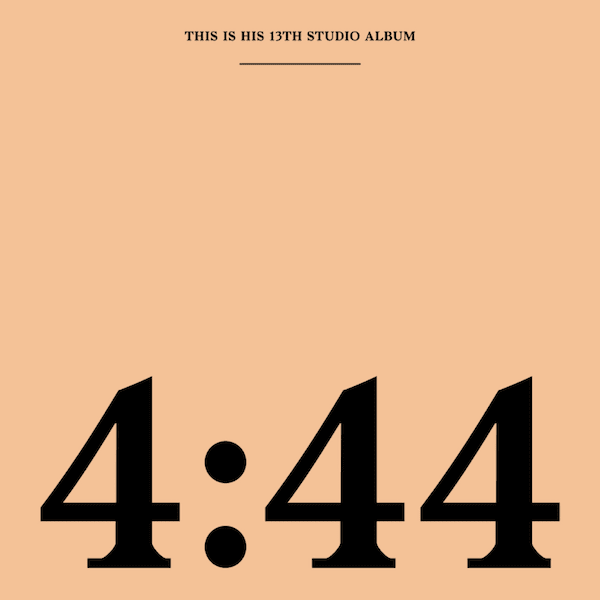 Over the course of a career spanning 30-plus years, Shawn Corey Carter, better known as Jay-Z, has released 13 studio albums as a solo act, 11 of which went number-one on the Billboard 200 chart. Of those 13 albums, at least four are considered undeniable classics. He’s had two collaborative projects and an EP that peaked at number one on the Billboard 200 chart, bringing his total to fourteen—the most for a solo artist. At first glance, one might think these are the accomplishments of a pop artist and not necessarily someone who’s provided a great deal of influence to hip-hop music for over 30 years. Of course, it’s not just his successes that make him such a seminal figure, Jay-Z remains one of the most gifted poets to ever grace the music scene and his lyrical ability is on equal footing with his business acumen. His model for adapting to the predominant sonic landscapes of contemporary hip-hop has allowed him to successfully remain relevant; a method that has been adopted by several mainstream rappers. His lyrical ability often shines when he speaks on his hometown of Brooklyn. On the song “Marcy Me” from his most recent project “4:44,” he raps a verse which contains a line from “Hamlet,” saying “Lord we know who we are / Yet we know not what we may be / So maybe I’m the one or maybe I’m crazy. / I’m from Marcy Projects where the boys die by the thousand…” to reference his less than stellar upbringing in the Brooklyn projects. Jay-Z has also been a strong proponent of black-owned businesses as well as artists owning their own music. 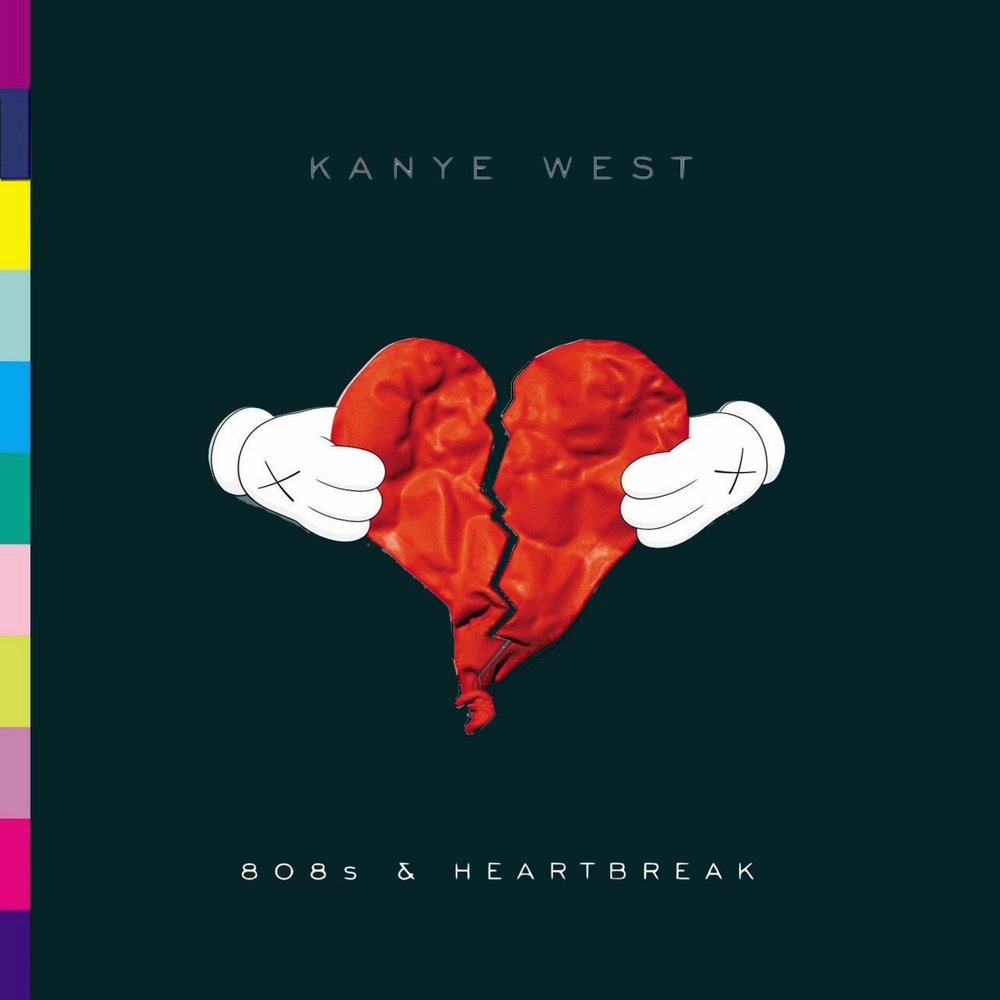 A case can be made for the division of contemporary music of the 2000s into two eras; the era before Kanye and the era that followed. Before Ye released his first studio album “The College Dropout,” it was mostly unheard of for a hip-hop producer to also be a rapper. What was even more unusual was the possibility of a rapper who talked about things the everyday man could relate to, and less about street life, which was the predominant theme in the rap lyrics of the time. Fast forward to 2008 and two incredible albums—“Late Registration” and “Graduation”—later, Kanye released “808 and Heartbreaks,” an album where he sings lyrics with the aid of auto-tune for the entirety of the project. This was a project he decided to make after suffering the loss of his mother Donda West and breaking up with his fiancé. It was an album where Kanye projected all of his vulnerabilities, something that completely went against the typical macho rapper stereotype of the time. On the song “Welcome to Heartbreak,” he sings lyrics that allude to an inability to forge family ties and the resulting loneliness as he sees people around him taking familial ties for granted: “My friend showed me pictures of his kids / And all I could show him was pictures of my cribs.” The predominance of deeply introspective lyrics sung over moody and unconventional sounds on this project went on to influence several artists including Drake, Frank Ocean, Miguel and Wale. To date, his works have continued to be a sounding board for the hip-hop community and pop-culture in general.

To hear these artists and more, check out our Black History Month Spotify playlist below.

Previous What We're Listening To: Sidelines' favorite songs of February