Since 1989, Bernstein has been part of the jazz music industry both in New York and abroad. With his appearance at MTSU, the crowd was anything but disappointed.

“I wanted to come to this concert because I’ve always loved the solos in a jazz setting,” said Ronnie Williams, a graduate of MTSU. “The creativity of the artist to think on the fly like that is so impressive to watch.”

While he was accompanied by the MTSU faculty jazz ensemble, Bernstein stole the show with his captivatingly unique renditions of classics such as, “Tom Thumb,” “Pannonica” and “Airegin.” Bernstein also wowed the audience with his performance of his original tune, “Bones.”

Like many jazz bands, not only do the different musicians hold a key part to the production of music, but they also work off of each other to create a unique listening experience for the audience.

According to Carson Kirkpatrick, a senior at MTSU, that aspect was one of the most enjoyable moments for him.

“It really shows off the skills of the individual players but you can also see how well they work in a group setting,” Kirkpatrick said. “I find that in a jazz setting the drummers really shine and this one in particular was able to captivate me in how elevated his level of play was. Pure magic.”

While this concert may have piqued the jazz music interests of many viewers, it’s not the last time MTSU will showcase such talents.

This concert is the first of many MTSU Jazz Artist Series concerts this year, and it started off the series with a bang. The next Jazz Series concert is set for March 17 at 7:30 p.m., and is featuring the talents of Matt Wilson on jazz drums and Gary Witner on jazz guitar, so mark your calendars now. 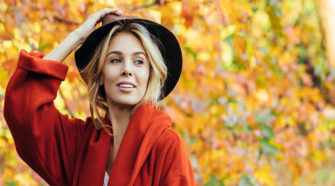 Upcoming trends to keep you fashionable this fall, winter