The Middle Tennessee Blue Raiders traveled to Mobile, Alabama, to face the South Alabama Jaguars. Middle dominated from the start, returning to Tennessee with a 4-1 victory.

This wasn’t just another win, however. The Blue Raiders received an ITA (Intercollegiate Tennis Association) national ranking earlier this week, and after facing South Alabama on Saturday, they can put a tally in the win column as a nationally ranked team.

The Blue Raiders took the doubles point to take the early momentum in the match.

Tom Moonen and Chris Edge took the 6-5 victory in the first match, while Gonzalo Morrell Raschiatore and Miguel Negre Fernandez won by a score of 6-3 on court two to secure the doubles point for Middle Tennessee.

Middle Tennessee has proven to be a tough out in the doubles portion of any match, and it showed in this match.

After the men took the doubles point, they went on to also dominate the singles portion of the contest.

Fernandez and Gian Issa followed suit and won their matches in straight sets to clinch the overall match by a final tally of 4-1 for MTSU.

The win gives the Blue Raiders a 6-1 road record this year, with the lone loss occurring against Vanderbilt earlier in the season. If Middle Tennessee wants to make a run at the conference championship this season, this strong play must continue.

The Blue Raiders will try to continue their hot play as they will host Drake next Saturday at the Adams Tennis Complex at 10 a.m.

Next Thousands of demonstrators march for gun control, reform in March for Our Lives Nashville 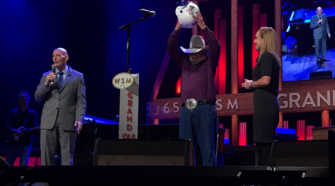