One of the most successful baseball players to ever play at MTSU died Tuesday morning in Murfreesboro. Charles Gilbert “Chuck” Taylor was a Blue Raider pitcher in the late 1950s, and in 1961, he signed with the St. Louis Cardinals to make him only the second player in MTSU baseball history to make it to the major leagues at the time.

After signing with the Cardinals in 1961, Taylor spent three seasons in their minor league system before being traded to the Houston Colt .45s in 1964. His stint in Houston did not last long and in 1965, found himself being traded back to the Cardinals organization.

Taylor would play in the minor leagues for the Cardinals organization until he finally made his MLB debut on May 27, 1969, against the Atlanta Braves. After finally breaking into the big leagues, Taylor played two seasons for the New York Mets, one season for the Milwaukee Brewers and three seasons for the Montreal Expos before pitching his final game in 1976.

For his career, Taylor won 28 games and finished with a career ERA of 3.07 and a total of 282 career strikeouts.

“He was just a great guy,” said Steve Peterson, a former Blue Raider baseball coach. “Chuck and his wife (Joyce) helped us raise so much money for baseball.”

The impact of Taylor will always be felt as the current Blue Raider baseball locker room is named “The Chuck Taylor Locker Room” in honor of Taylor. There is also an annual golf tournament played in Murfreesboro to honor the former major league pitcher, The Chuck Taylor Golf Tournament.

Instead of a visitation or funeral, a celebration of life will be held for friends and family on Saturday, June 9 at the Stones River Country Club from 3 to 5 p.m.

Next HeadCount offers Bonnaroo attendees opportunity to participate in democracy 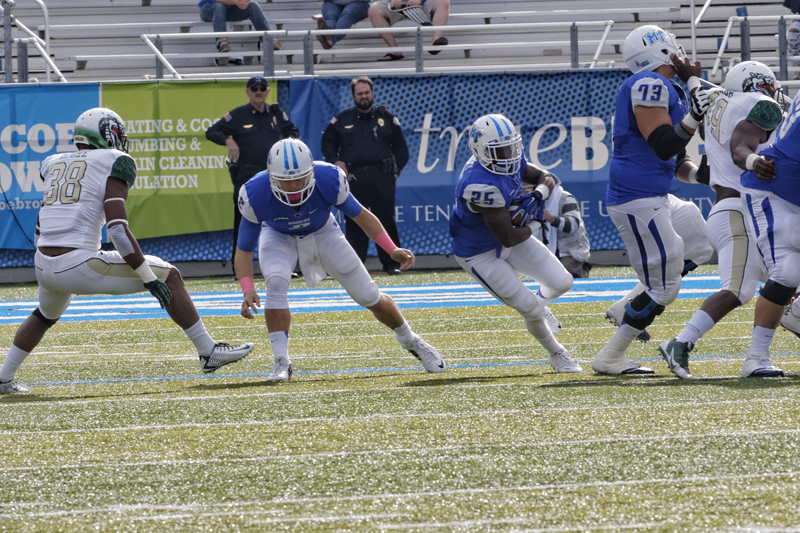