The McWherter Learning Resources Center looks like any other building on campus. Inside its walls, it houses the MTSU Textiles, Merchandising and Design Department. After 3 p.m., its hallways, where design sketches hang, are relatively bare and quiet. However, tucked away in the corner of studio 207 are pieces of history. In a smaller room within the design studio are boxes that hold garments spanning from the 1790s to the 1990s, pieces that make up MTSU’s Historic Clothing Collection.

The collection began in 1988, after TXMD professor Teresa King visited the Fashion Institute of Technology with a group of students. FIT, located in New York City, is home to one of the largest permanent fashion collections and sparked an idea in King’s mind. She wanted a collection like FIT’s in Middle Tennessee.

“So, with zero budget, three months later, eight and a half months pregnant, I said on a stage at a fashion show, ‘Murfreesboro, we’re starting a historic collection,’” King said.

Thirty years later, thanks to some early coverage from Murfreesboro’s Daily News Journal and donations from local patrons, students and others across Tennessee, the Historic Clothing Collection has over 750 pieces including garments, handbags and shoes and continues to grow. The collection is what’s called a working collection, one that students can work with and handle themselves. When handling any piece from the collection, students wear white cotton gloves to keep the sometimes fragile pieces in pristine condition. The gloves also work to keep any oils from the skin off of the fabrics, which can cause the materials to break down, explained student volunteer Autumn Trail as she held up a few pieces from Japanese designer Issey Miyake and the late Oscar de la Renta.

To keep the garments in the best condition possible, they are kept in acid-free boxes inside of a small climate-controlled room in the back of studio 207. King said when the collection first started, it was in the Ellington Human Sciences Building, but before too long, things were “perched on tops of cabinets and so on,” so the LRC was renovated. The space worked for a while, but it seems the collection has now outgrown its current home. Stepping into the climate-controlled room, King warned that things were in a disarray as they are in the middle of re-organizing the collection and making it digital, thanks to a seed grant from MTSU’s library.

Over the last year and a half, the collection received funding through a digital seed grant program.

“Essentially, that program allowed us to photograph (and) document our collection to get it on the Internet, which we’ve never been able to do,” King said.

Currently 400 pieces of the 750 have been photographed by student Rachael Krasnow and can be viewed online. The process is a slow, methodical one. When photographing each piece, Krasnow and Trail began with the oldest pieces, getting them on to the dress forms, adjusting them, taking photographs and documenting them before storing them away into their designated boxes, which are organized by decade. When receiving a new donation, the department asks for provenance, or the information of the piece such as who wore it, who designed it, where it came from and any other essential details that tell the story of a piece.

If a piece comes in without much information on it, students must then research the garment and find any information they can, such as in the History of Fashion class. One year, the department received a large donation, so everyone from the class had a garment to identify. One military uniform was part of the donation, and no one knew if it came from World War I or World War II. So, two of King’s students took on the task of researching the piece. Instead of looking through WWI and WWII photos and making a decision from there, the students found something in one of the pockets.

King said she still gets chills every time she tells the story. Inside the pocket was a half-torn ticket to a symphony in Ohio.

“… Sometimes you would tear a ticket in half when presented at the box office, and it said ‘Saturday, March 30, 19—’ and the rest was torn off,” said King. “So, they took it to the library … and said, ‘Can you find us a perpetual calendar that goes backwards and find out when March 30 fell on a Saturday in the past?”’

From there, the students were able to identify the uniform as one from WWI. King noted that it might have been easier to look at photos and date the uniform from there, but the ticket personalized the uniform and gave it a story. Trail agreed with King, saying that for her, “what really made the history was the real people.”

History itself has impacted the collection in more ways than just giving life to the pieces that are part of the collection; it also explains why there aren’t many pieces from the ‘20s and ‘30s.

“That was a very bleak period, especially the Great Depression, and people, you know, they reuse and reuse and reuse, so we don’t see a lot from that era,” King said.

Although the collection has quite a few wedding gowns (and works with Oaklands Mansion each year for the mansion’s wedding dress exhibit) and has one from almost every decade, the ‘20s isn’t one of them.

King explained, “We do have one from 1938, but (the donor) cut it off. She cut the length off to be able to use it as a day dress, and she told me that when she donated it, and for that very reason. She had to rewear it.”

For everyone involved in the collection and its digitization, it’s a long, laborious process, but it’s a labor of love. As Trail pulled what looked to be a nightgown from one of the boxes, King began to talk about its handcrafted lace detailing and how the garment looked like something Rose on the Titanic might wear, guessing it might be from the early 1900s. As they moved on to another piece, King explained that it’s not just about being able to identify a fabric or a silhouette from a specific decade but appreciating the history of each piece.

Previous A campus divided: Why students continue to protest a Koch-funded MTSU institute 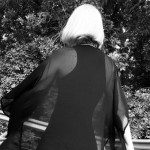