Newlywed pop star Meghan Trainor just released her EP, “The Love Train,” and it’s full of romantic hits. Trainor married actor Daryl Sabara last year and is so deeply in love with him that it makes everyone want to be in love with him. Trainor used her voice and the most romantic combinations of strings to dedicate this EP to her husband, and each song displays so perfectly.

Trainor is known for her previous pop hits “All About that Bass” and “NO,” but after listening to “The Love Train,” it’s safe to say she deserves much more credit then she has received.

The EP begins with “ALL THE WAYS,” where Trainor asks her partner to explain all the ways he loves her if he loves her as much as he says, and that’s when the cutest catchiest chorus since Carly Rae Jepsen’s “Call Me Maybe” begins. Trainor’s display of her wide vocal range is displayed near the end, adding an extra splash of emotion for listeners. This song will definitely be played at weddings throughout the year, or at least it should be.

“MARRY ME” is the second song on the EP, and it’s a beautiful acoustic ballad. Trainor sings her love for her partner whilst asking him to marry her over a very light and simple combination of harmonies and chords. Trainor takes advantage of her low and delicate voice in this song, and it makes for a stellar delivery of such a simple song.

Trainor picks things up with “I’M DOWN.” The use of drums, along with her bold and bright vocals creates a driving feel that will make any listener want to give the song a second listen. Much like the songs before it, “I’M DOWN” displays Trainor’s love for her partner and how much she wants to be with him.

“AFTER YOU” is a bare ballad that uses Trainor’s voice, along with a piano, to give listeners goosebumps. Trainor sings emotionally of life without her lover. She declares she will not have another lover after her partner has passed, because no one else will compare. The song is filled with tear-jerking lyrics, like when she sings, “If you have to go, be my ghost. Hope you haunt my dreams so I won’t be alone.” While this song is sad and speaks of unfortunate circumstances, Trainor’s voice is so powerful it could make anyone forget exactly what the song is about. “AFTER YOU” is easily one of Trainor’s best songs.

The newlywed is not blind to what is said about couples that move too fast; Trainor just doesn’t care. “FOOLISH” is a fun and upbeat song, where Trainor uses her voice to let her partner know she’s willing to be called a fool if it means she can spend her life alongside him. Trainor can be heard giggling over the track as she sings about all the reasons people will call them foolish if they rush into a marriage, showing that she couldn’t care less about anyone’s opinions of their relationship.

Trainor finishes the EP with a special duet with her father, Gary Trainor. “GOOD MORNIN” is another catchy love song that tells the story of waking up beside her partner. The lyrics help paint a picture of staying up late with your partner and not wanting to crawl out of bed the next morning. Gary Trainor is only heard at the chorus singing lightly alongside his daughter over a fun baseline and layered harmonies.

“The Love Train” may only have six songs, but what it lacks in quantity is made up for in quality. Trainor may still be fresh to the pop music industry, but she displays soulfulness and artistic ability that is unmatched by many other pop stars today and will certainly only get better.

Previous Review: Ariana Grande lets her hair down in 'thank u, next' 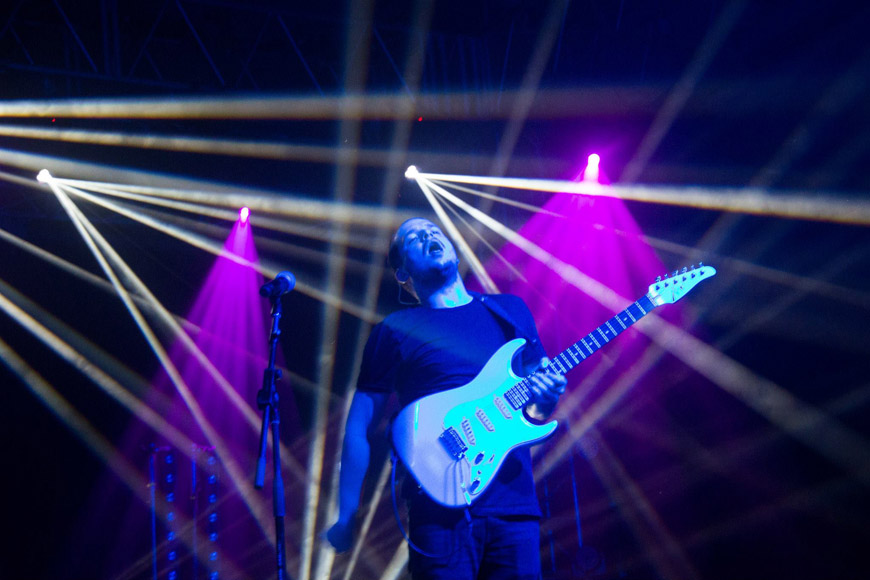