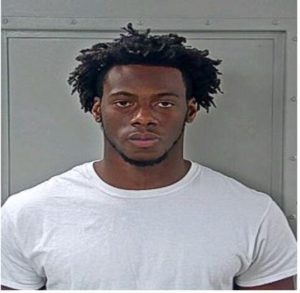 The charges come from a September 2018 incident, according to WKRN.

Cobb is currently being held at the Rutherford County Adult Detention Center on a $60,000 bond, according to Lisa Marchesoni, the Sheriff’s Office spokesperson.

A Circuit Court hearing is set for later in November.

Cobb was a junior wide-receiver for the Blue Raiders after moving from Dalton, Georgia.

In a statement with the Daily News Journal, MTSU coach Rick Stockstill said “Zeke is suspended from our team as we allow the legal process to move forward. It is very disappointing and, if substantiated, such actions do not represent or reflect the standards we have worked extremely hard to develop for our program.”

This is a developing story.