MTSU student Joshua Washington, a freshman in the Behavioral and Health Sciences program, was arrested on January 29 for domestic assault against his girlfriend, who lives in the campus dormitory Judd Hall.

Officers were called to the scene at 6:43 p.m. after reports of a “verbal dispute.” Washington told officers that he went to confront his girlfriend in her dorm about an issue. He claimed that she then went into the bathroom, which angered him, and he hit the door. He also stated that at one point she began crying more, and “fell to the ground on her own.”

Washington did admit that he threw her phone during the altercation.

Officers spoke with the victim, who stated that when Washington came into the room, she went into the restroom and he began “beating on the door.” She also stated that Washington wanted to take her cell phone, but she would not give it to him, so he pushed her to the floor and took it, throwing the phone several times until it broke.

The victim stated that “she was in fear because she had never seen him acting like this before.”

Officers did observe a cut on the victim’s finger, and although she said she wasn’t sure when it happened, she knew it happened during the altercation.

Washington was placed under arrest for domestic assault, with a bond set at $750. His court date is set for February 27, 2020. 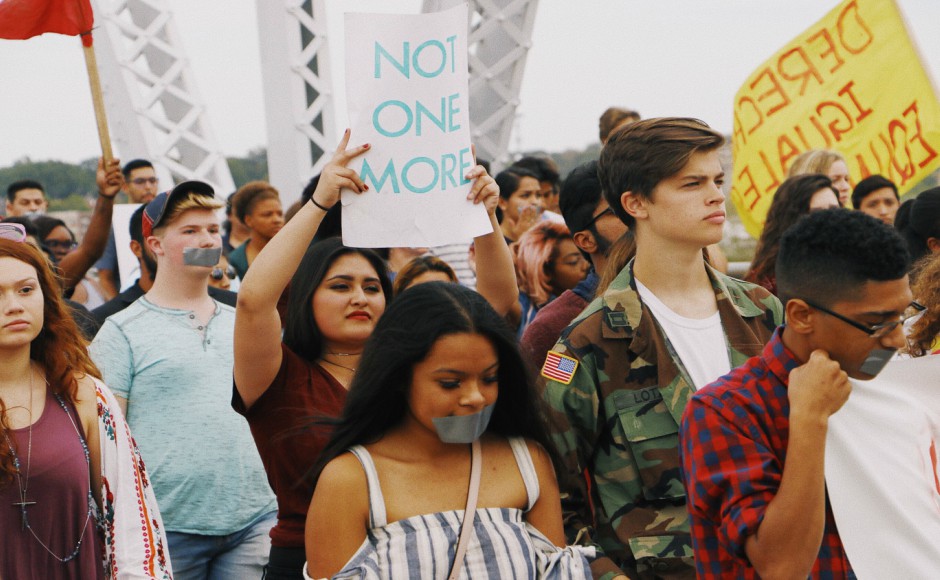 ‘Keep fighting’: Why young Americans continue to stand up for causes, protests