On Tuesday night, more than 73 million Americans tuned in for this election cycle’s first debate between President Donald J. Trump and former Vice President Joseph R. Biden Jr. Viewers witnessed a fiercely contentious battle that could more easily be considered a debacle than a debate. Many soon tuned out.

The evening began as the president and Mr. Biden walked onstage and directly to their podiums. Due to the pandemic, there was no handshake between the candidates. The absence of the polite formality could be considered a harbinger of what soon transpired.

Prior to the debate, Fox News anchor Chris Wallace, who served as the debate’s sole moderator, explained the debate’s rules and format. Wallace would ask a question about a specific topic, and each candidate would receive two minutes – uninterrupted – to answer the question.

That rule was quickly ignored.

The next 90 minutes featured constant interruptions and interjections, name calling and personal insults, use of a racial slur, numerous exaggerations of varying degrees, failure to condemn white supremacy and allusions of widespread voter fraud.

The evening’s first question pertained to the U.S. Supreme Court, Trump’s nomination of Amy Coney Barrett and why each candidate thinks they’re right in the argument they made.

Biden made mention of beating Bernie Sanders in the primary. The president quickly interjected that Biden didn’t beat Sanders by much, and then added, “If Pocahontas would’ve left two days early, you would’ve lost every primary on Super Tuesday,” using a racial slur to refer to Senator Elizabeth Warren. 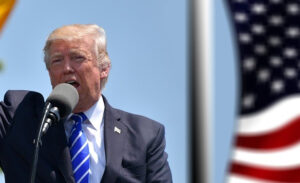 “I was with the head of a major country – it’s a “forest city” – he said, ‘Sir, we have trees that are far more – they ignite much easier than California. There shouldn’t be that problem.’”

Viewers soon took to social media, in real time, to voice their disgust and confusion about what they were witnessing. Many suggested that the candidates’ microphones be turned off while the other was speaking. Others just wanted Chris Wallace to take back control of the debate.

In Wallace’s first interview after Tuesday night’s disastrous incident, Wallace admitted to a New York Times reporter that he may have been too slow to realize that there was no end in sight to the president’s nonstop interruptions.

“I guess I didn’t realize — and there was no way you could, hindsight being 20/20 — that this was going to be the president’s strategy, not just for the beginning of the debate but the entire debate,” said Wallace.

In the hours after the debate finished, many blamed both candidates for the debate’s unfortunate turn of events. Others defended Joe Biden and felt that he had no choice but to fight back on Trump’s level.

In a heated argument about the Affordable Care Act, when the president accused Biden of agreeing with Bernie Sanders’ “manifesto” for socialized medicine, Biden threw a couple of counterpunches. “I’m not here to call out [Trump’s] lies. Everyone knows he’s a liar,” said Biden. A few seconds later, he added, “Folks, do you have any idea what this clown is doing?”

Later on, during a clash regarding the Trump tax code and recent findings that the president paid a meager $750 in taxes for one year, Mr. Biden pointedly told the president, “You are the worst president America has ever had.”

In what was for some the most damning part of the debate, Chris Wallace asked President Trump if he would denounce violence by right-wing extremists:

“Are you willing, tonight, to condemn white supremacists and militia groups and to say that they need to stand down and not add to the violence in a number of these cities as we saw in Kenosha and as we’ve seen in Portland?”

In response, the president said that everything he’d seen was “from the left wing. Not the right wing.” When urged again by Wallace to condemn the violence, Mr. Trump asked him what he wanted to call them. As Wallace replied with “white supremacists,” Mr. Biden interjected “Proud Boys,” referring to a right-wing extremist group who have been spotted at several protests over the summer.

The president then advised the Proud Boys to “stand back and stand by,” which many saw as an ominous directive from the president to a group known for its racism and promotion of violence and unrest. 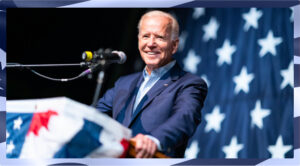 During the last few minutes of the debate, Chris Wallace asked each candidate about their feelings on the integrity of the upcoming election. President Trump refused to say that he would accept the results of the election, alluding to nonexistent voter fraud, paper ballots thrown in creeks and the dangers of voting by mail. Biden said that no matter the outcome of the election, he would accept the results. He then looked straight into the camera and said what some consider to be one of the best moments of the evening:

“Vote. Vote. Vote. You have it in your control to determine what this country is going to look like for the next four years.”

Hosted by the Cleveland Clinic and Case Western Reserve University in Cleveland, Ohio, Tuesday night’s face-off was the first of four debates scheduled over the next four weeks. The next debate, which is scheduled for Oct. 7 at the University of Utah in Salt Lake City, will be the only vice-presidential debate. On Oct. 15, the second presidential debate, a town-hall-style event with undecided Florida voters, will be held in Miami, Florida. Belmont University in Nashville, Tennessee will host the third and final debate on Oct. 22.

As a result of Tuesday night’s debate, the Commission on Presidential Debates, a nonpartisan, nonprofit organization that has overseen the presidential and vice-presidential debates for more than 30 years, announced on Wednesday that changes in the format of the remaining debates are being considered. No changes have yet been confirmed by the organization.