The sun was shining on the Student Union Commons as the Murfreesboro community came together to celebrate their differences and unique heritage with the fifth annual ‘Boro International Festival on Saturday, Nov. 13 at Middle Tennessee State University.

This festival is hosted for diverse ethnicities to share the culture and history of their people. Attendees were dressed in clothes traditional to their heritage and could walk around the festival and craft fair that sold art, food and clothing from countries of various origins.

Food trucks were also present, including a decorated Volkswagen Bus from Wawa Expresso that served beverages.

There were multiple cultural performances during the festival, including performances by MTSU’s Chinese Instrumental ensemble, Lakota-Sioux hoop dancer Kevin Locke, and many more.

The first performance of the day was by a group dressed in Indigenous clothing who danced in the center of the courtyard, stomping and shouting to a rhythmic drum as onlookers watched.

After the first performance, a children’s march was organized across the Commons while “We are the World” by U.S.A for Africa played. With the American flag in the lead, each child held a flag from a different country that blew in the wind as they walked.

After the march, Jimmy Reedy, who served as the State Indian Commissioner from 2003 to 2005, read a Land Acknowledgment for the Indigenous people, recognizing that the Cherokee, Chickasaw, Choctaw and other tribes first inhabited what is now Tennessee.

Ruby Rodriquez and Maribel Rivera of Sol De Mexico Folkloric Ballet prepared for their Mexican Folklore dance, dressed in beautiful gowns from the region of Jalisco, Mexico. “We’ve had the honor of going to Hopkinsville, Kentucky for the Ola festival, St. Louis, Missouri and other private and public events,” said Rodriquez.

The Student Union Commons was full of booths from countries all over the world. Each booth offered popular merchandise and activities originating from its respective country.

Dashikis, one-of-a-kind, handmade Ghanaian shirts, and jewelry that was once so valuable that it was used as currency in Ghana. Dashikis were for sale at one of the booths. The man working the booth said his heritage was African and decorated his tent with Jamaican, Ethiopian, and Honduras flags, as well as others.

MTSU’s Japanese program held their own booth where attendees could put themselves to the “chopstick challenge” by seeing how many items they could move from one bowl to another in under 45 seconds.

The Japanese program’s booth also featured volunteers dressed in elaborate costumes modeled after characters from manga and anime who would give out stamps to kids that read “good luck” and other phrases in Japanese.

Across the Commons, a booth advertised the Festival of Veils event, which supports women’s religious and cultural right to wear a veil if they choose to.

“For anyone that has a veil in their history, we’re just trying to support women that choose to wear a veil and trying to combat a lot of the discrimination against them like in sports and other things,” said Festival of Veils President Khadijah Alnassari, “We’re having women’s rights and advocacy groups there.” The event will take place March 19, 2022, at the Student Union Commons and will feature many athletes and others who have struggled with discrimination against wearing a veil.

A father and son at another booth sold Ecuadorian ponchos and sweaters made of sheep and llama wool. As the son translated for his father, he said they descended from Native Incan tribes.

Working an Eastern South African booth nearby, Ntianu Bullock, whose heritage is Swazi, was selling traditional Swaziland cloaks handmade in that country. “This event is an opportunity for all of Murfreesboro to seek cultures from everywhere… I like it. I hope we continue to do it,” Bullock said.

The festival is held every year and is an excellent opportunity to engage in other cultures and celebrate each other’s heritage. There was never a dull moment, and with international food to eat and performances to watch, it was a fun and educational time for people of all ages.

Next Rise of Sex Trafficking in Tennessee 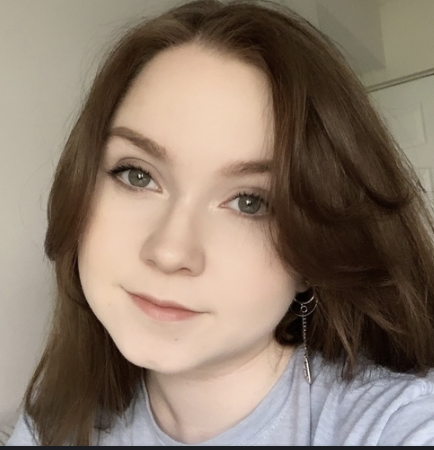