Dr. Walters is an OB-GYN, two-time breast cancer survivor, founder of the 50 Shades of Pink Foundation, and a star on Bravo TV’s “Married to Medicine.” The 50 Shades of Pink Foundation is non-profit that focuses on helping those diagnosed with breast cancer and their families by fostering their mental, physical, emotional and spiritual well-being, and by helping them build strong and positive support systems.

She began the night with a short story of how she learned she was third-cousins with one of the event organizers before starting her speech, which was the closing event for 2022’s National Black History Month and meant to start National Women’s History Month on campus, which was starting the next day.

“It is an honor and a privilege to celebrate National Black History Month 2022 and Women’s History Month 2022. When I started thinking of topics and when I got the call to come out… I got both topics, and I was like, alright, which one am I supposed to talk about? Your lovely teams said both, and I said okay. As I delved into both of them, I said well, this is actually a blend of who I am. It allows me to discuss my personal experiences, my passion, and my profession.”

She continued, discussing how both Black History Month and Women’s History Month began as only week-long events before becoming the months they are today. Dr. Walters emphasized how it was not easy to be Black or a woman, and how it was especially difficult being a Black woman with a physician’s job.

She also discussed the fact women don’t know their own strength until they put it to the test. “Women, we wear our pain like we wear these stilettos. You don’t know how bad the pain is because all you see is the beauty… Women, I want you to know that we are far more important than the world had created and told you that you are.”

The speech was continued with a story about Dr. Jacqueline Walters herself. She discussed how she had married later in life than many women do, and how she discovered she had breast cancer after she had a miscarriage.

“On that Friday, I went in at 6:45 to have that extra mammogram, and the mammography came in and said, ‘Dr. Walters, we need to do a biopsy.'”

“They put the pathologist on the phone and he said, ‘Dr. Walters, you have infiltrating lobular carcinoma.”

Infiltrating lobular carcinoma, or ILC, is the second most common type of breast cancer, representing 10% of all breast cancers. It has a five-year survival rate of almost 100% when treated early, 93% if it has spread to nearby tissue, and 22% if spread to other areas of the body. Dr. Walters underwent chemotherapy, radiation, and surgery, only to discover she had become infertile due to the treatment.

She attended the follow-up appointments, which consisted of an alternating mammogram or MRI every six months, and found that her cancer had returned four years later. She underwent a double mastectomy as part of the treatment for the recurrence of her ILC.

After her cancer recurred and was treated again, Dr. Walters used her struggle to inspire her strength and founded the 50 Shades of Pink Foundation, as well as co-founding a surrogacy agency, Surrogacy Miracles & Consulting, for others who faced infertility issues like she did.

“Had it not been for the four of them, then Dr. Jacqueline Walters wouldn’t be here. I’m a board certified OB-GYN, I’m a TV personality and I’m the good girl, don’t ever forget that, I have a breast cancer foundation, I have a surrogacy agency, I have a book I’ve created, I have a podcast, but without strong women who came before me, there would be no me.”

She connected her speech back with Black health and wellness, the theme of this year’s National Black History Month. She said that it was time to have the tough conversations around the table, that African Americans have a higher risk of many health conditions, including asthma, diabetes, and cancer, and that COVID-19 had shed a light on the disparity in the healthcare of the Black community. Additionally, she cited that Black women died from maternity related reasons five times more than any other race in America.

“Black America has less access to wealth, housing, education and healthcare, meaning students that are interested in getting into healthcare typically have more barriers to overcome in order to get in and to stay in. Only 5% of physicians are Black, and less than 3% are women.”

Black America, we do not need to cope with anxiety and depression alone.

Dr. Walters on mental health in the Black Community

“We need to remove the stigma of getting help when there is mental illness in our family. We have all been in a pandemic. Everybody needs to talk to somebody about what we’ve been going through during this pandemic. Nobody needs to go through this alone.”

Dr. Walters promoted the fact that she wanted women to do more for their health as well, and mentioned she was working on an initiative for Black women to improve their health, stating, “If we’re dying more, we must do more.”

She continued with statistics on how Black and Hispanic women who had undergone cesarean sections at North Carolina Women’s Hospital between 2014-2016. They had reported pain more and asked for pain medication, but had been denied pain medication and assessed less, while patients of other races were offered pain medication more without asking.

These stressors and the combined experiences of racism and sexism have led to increased disease and illness in the African-American community. Dr. Walters cited a story of when Serena Williams was dismissed in a hospital when she requested care, and of how it took several attempts to speak with the doctors for them to give her a CT scan with contrast and discover a pulmonary embolism in her lung. She used it to promote the fact that women cannot allow themselves to be dismissed, disrespected, and ignored in their requests for care.

She left the audience with a call to action, requesting that those in attendance work to help those around them get the healthcare they need and deserve by pushing conversations with others to make them aware and active in their support.

“You must ask yourself, ‘where can I use my power?’ I need to ask as I close, everybody in this room, to use your power. Be proactive, speak out, speak up, get involved, but be proactive, open up, and talk. It is no longer acceptable to not say something.”

“I need you to be willing to accept the challenge, willing to see life through another lense. We need to understand it is no longer okay to do things the way grandma did it, the way mom did it.”

After her speech, Dr. Walters answered some questions from the audience, addressing questions they had such as how to gain a support system, how to find a therapist and doctor that was right for them, and how to remain focused on your goals when other activities tempt you more. She stayed behind to take photographs with the campus National Black History Month Committee and campus National Women’s History Month Committee, who both helped arrange the event.

Next The Broadway Musical "Dear Evan Hansen" Premiers at TPAC 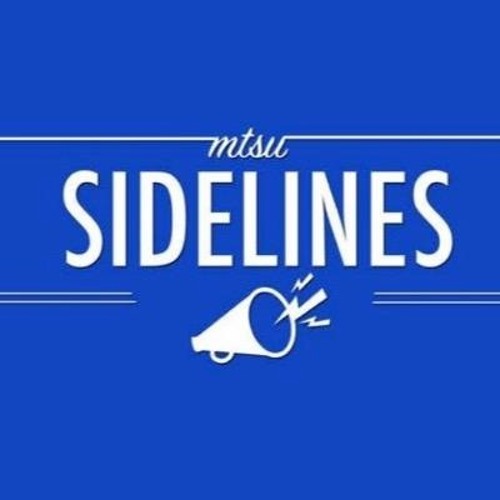