When Lily Isaacs learned that McMinn County removed “Maus” from the East Tennessee county’s eighth-graders curriculum, she could only shake her head at the absurdity.

The graphic novel portrayal of the Holocaust viewed through the lives of animals, with mice playing the role of Jews and cats cast as evil Nazis, is meaningful to Isaacs for a particular reason.

The illustrated story is like the Hendersonville woman’s own family history.

Isaacs’s mother, Fela Jackabovitz, and father, Usher Fishman, lived in Poland when World War II began in 1939. Her parent’s families, both Jewish, were rounded up by the Germans. Isaac’s grandmother was in poor health, her aunt, who was paralyzed and could not walk, and her uncle, who joined a resistance group, were taken away, never to be seen again.

Isaac said her mother and her remaining sisters spent a year in the Warsaw Ghetto, followed by a rail trip in a cattle car to Bergen-Belsen concentration camp in Germany, the same camp where Anne Frank was sent after her family’s hiding place in Amsterdam was discovered.

As for her father, Usher Fishman became separated from most of his family during the transition to the camps. He and one of his brothers were sent to Buchenwald, and they were the only two members of their family to survive the ordeal.

In 2018, Isaacs received her father’s family records from the Holocaust Museum in Jerusalem. She learned her father’s parents and four siblings died in gas chambers.

Usher and Fela, Isaacs’s parents, were from the same hometown in Poland but did not know one another until they met after Allied forces liberated the concentration camps.

“When they were liberated at the end of the war in 1945, both of my parents found themselves at Dachau,” said Isaacs.

“A lot of organizations around the world came into Germany, like The Red Cross and United Jewish Appeal. They set up these places called displaced persons camps, which consisted of villages for the people that needed to be nursed back to health. Everybody was malnourished and had not eaten,” stated Isaacs.

“So, that was the kind of camps in Munich, Germany, where my parents met and got married. Two years later, in 1947, I was born in Munich, and then in 1949, my parents got the opportunity to come to America,” said Isaacs.

The family came through Ellis Island when entering the United States.

They received the opportunity to immigrate due to the sponsorship of Jackabovitz’s uncle. When they arrived, the uncle found them an apartment in New York and taught Isaacs’s father to be a bread baker. Three years later, Isaacs’s brother, Hy Fishman, was born, and when Isaacs turned 9, her family was granted citizenship.

Isaac’s American story is an improbable one. Raised in the Bronx, she dreamed of a career in the theater. She was a good singer and, with a friend, had cut a folk record and was playing gigs in small clubs. One was a small club in Greenwich Village, where a bluegrass band from Kentucky was also on the bill. Joe Isaacs was a group member, and he and Lily soon became a pair.

They married, had three children, and formed a family group called The Isaacs, which has won several Dove and Grammy awards and induction into the Grand Ole Opry in 2021.

Along the way, she converted to Christianity, but she has never forgotten the cruel treatment her Jewish parents persevered during the war.

“My parents would not talk about what it was like in the camps. I just assume the worst,” said the lively 72-year-old performer wearing blue streaks in her dark hair, representing her unique personality.

She shares her family’s story whenever she travels with her family’s southern bluegrass gospel troupe, The Isaacs. On the road, she performs alongside her children, Sonya Isaacs Yeary, Ben Isaacs and Rebecca Isaacs Bowman. She always incorporates her parents’ narrative into the show.

“I have been singing my whole life, and my mother always loved music too. She would sing around the house, listening to Broadway tunes,” said Isaacs. Additionally, Isaacs wrote an autobiography, “You Don’t Cry Out Loud,” after fans wanted to hear more about her parent’s history. She honors her parents through storytelling.

Isaacs said she has learned that many Americans are deficient in their education about what happened in Nazi Germany. It is “scary because young people don’t know our history,” she said.

She is disappointed that the McMinn County school board dismissed “Maus” from their curriculum. Her story and the one portrayed in the graphic novel offer too many parallels and too much significance to be overlooked.

“Maus” is a graphic novel by American cartoonist Art Spiegelman. His story portrays his parent’s internment in Auschwitz and his father’s experiences as a Holocaust survivor. It took Spiegelman 10 years to complete the book, interviewing his father about the appalling actions taken by Nazis. The book was published in 1991 but recently gained much popularity and coverage due to the removal of the book from the eighth-grade curriculum in McMinn County schools.

“It’s a shame that they took that book out of the curriculum. My heart burns because so much of our younger generation doesn’t know about the devastation of events like the Holocaust. They don’t teach it in school like they used to. And if you don’t know what you’re doing, history can repeat itself. People get hurt, innocent people die because of prejudices in the world. Minorities often get overlooked. It’s always important to know the injustices that people go through, so we do not replicate the discrimination that already happened to them,” said Isaacs.

Isaacs advocates for creating peace and love in communities and promotes fair chances for minorities and underserved people. “The Isaacs Foundation,” a non-profit that the Isaacs family established, helps Holocaust survivors, Jews, orphans and others who need financial assistance. Isaacs hates to see any type of injustice and “dreams that the world would live in harmony.”

Unfortunately, events like banning “Maus” add to the injustices inflicted on Jewish history. Isaacs hopes that people will start to tell stories like hers and circulate what happened during World War II.

“I have told my children and my grandchildren to not ever let our story die. I never want to be silent,” said Isaacs.

With silence, history is erased and is destined to repeat the wrongs of previous generations.

Next Blue Raiders' bullpen key in win over Bruins 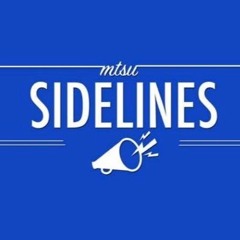