Most people watch the news and feel sympathy for those impacted by war, famine and genocide, but rarely volunteer to change the situation.

But when one MTSU student returned home from his study abroad trip in Toronto and saw on the news hundreds of children affected by chemical warfare in Syria on Aug. 29, he couldn’t sit back and do nothing.

“I literally started crying,” said Austin Bass, a global studies major who finished his curriculum work in December and will receive his diploma in May.

At that moment, Bass knew he needed to make a difference; he just wasn’t sure how. To complete his senior seminar, Bass needed to do a community service project, but he took it to a new level when he visited the head of his department and said he wanted to start a nonprofit organization. The department head told Bass to “run with it,” and that’s what he did.

When searching for a name for his non-profit, his inspiration came from a song called “Bright Eyes” by For All Eternity, one of his favorite bands.

“[Bright Eyes] is really inspirational,” he said. “It made me think of all the children I’ve worked with in Nashville and how they have the brightest eyes. How can someone look in those eyes and not care?”

The organization is on its way to becoming a nonprofit 501(c)3 and raised $500 for medical supplies and medication and at least $880 for chemical weapons care and pyschological care.

From biology to international health care

Bass was raised in Franklin and graduated from Centennial High School in 2009. From there he studied at the University of Tennessee-Chattanooga for a year before coming to the university.

Since being diagnosed with Type I Diabetes when he was 5, Bass has been interested in healthcare. During his sophomore year he interned at Vanderbilt University Medical Center to study endocrine diseases, particularly autoimmune diseases, to receive his biology credit.

While there, he sat down with children who were diabetic and talk about issues related to their illness and how to handle them.

“After that I wanted to go to medical school, but I had a different path,” Bass said.

He became a global studies major with a minor in history and is now looking into getting his master’s degree in global healthcare with a focus in epidemiology and chronic illnesses.

When Bass is not applying and preparing for the master’s program, working as an ambassador for Giver Outdoors, a nonprofit outdoor group, or running Bright Eyes, he can be found fly fishing on local rivers.

His humble demeanor,smile and outgoing personality can relax anyone around him, and when he talks about his passion for the children in Syria, others become excited too.

Bass’s experience working with children in the hospital increased his passion for the crisis in Syria.

Before 2011, Syria was one of the world leaders in the healthcare industry, but since then civil war has destroyed the country’s economy and depleted its health supplies. Today, weapons are not the only things killing Syrians, but diseases and famine are also killing the people of Syria and its refugees.

Bright Eyes supports children who are victims of warfare and disease. Much of the proceeds also go to the Syrian Medical Society based in Ohio. The society brings Syrian doctors to the U.S. to train them. They then go to work in Syria caring for the victims, many times in the back of churches.

But one thing Bass believes the children need more than anything is psychiatric care, so half of the proceeds go to that.

“I’ve read through and seen what some of these kids have gone through,” he said. “And it’s enough to make you throw up.”

One of the first things Bass did when he started his organization was to make T-shirts with his own money to sell for $20.

“I had some money I’d put away that I didn’t want to just give away,” Bass said. “So I put it towards some shirts to see how much I could come up with.”

He sold those shirts and has already designed more to sell, but T-shirts won’t raise all the money Bass needs for the cause.

So last fall Bright Eyes put on a concert in Nashville to raise awareness for Syria. They sold merchandise at the show, took donations and the climbing gym next door had a give-back night for them.

Bass is hoping to have a similar event this April or May on campus at a lower scale.

Bright Eyes has two student interns from MTSU and several volunteers who help with the shirts and concerts.

“Everyone has really jumped on board with what we’re doing,” he said. “Good people from all over want to help.”

Bass made it clear what his purpose is with his nonprofit.

“From the beginning I never wanted this to be about me,” he said. “I didn’t even want anyone to see my face. I don’t see this being a career; I don’t want to make money off this.”

Bass said he would love to see Bright Eyes go until the Syria conflict is over, but he is not sure it can. He just wants to do all that is possible to help while he can.

“When I look back on it now I’ve been more than paid to know I’m doing something that will help those who really need help,” Bass said.

He believes people in the United States should be proud of where they’re from and recognize how blessed they are. Some people are almost ashamed of their blessings and complain about our culture, but they shouldn’t be like that, he said.

“When you’re driving down the road flicking people off because you’re stuck in traffic,” he said. “Just think, some people would die to be in that same situation.”

When Bass was at Vanderbilt he said there was a mentor of his who told him “you need to find something and do it.”

“Sometimes we need to think about what we really care about,” Bass said. “When you see someone who has a need don’t put it on the back burner. You need to just go ahead and do something.

Next Tennessee could be potential leader for student-athlete pay 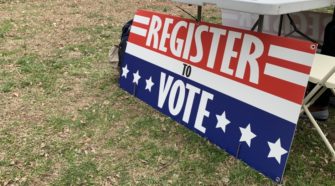