The album, which consists of eight tracks and a video, is available for six dollars through a pay gate, a first for BitTorrent. Listeners can also sample a BitTorrent Bundle of the single and video before buying. This idea is revolutionary because it allows listeners and artists to omit the “self-elected gate-keepers” such as iTunes or Spotify, which take profits for themselves and consequently away from artists.

“It’s an experiment to see if the mechanics of the system are something that the general public can get its head around. If it works well, it could be an effective way of handing some control of internet commerce back to the people who are creating the work,” Yorke and producer Nigel Goodrich said in a statement released on their website.

Not only was the distribution method experimental, but so was the music itself.

At first listen, Tomorrow’s Modern Boxes is puzzling: something ethereal, yet dark. Thom Yorke’s trademark falsetto vocals and haunting piano lines grace the album as expected, and bass-heavy layers work to give a psychedelic feel throughout. The tracks flow seamlessly, each song transcending to the mood of the next to create a record that’s a refresher from modern electronic trends.

The first four tracks are as pulsating and captivating as the rest are exploratory and strange. Standout tracks include the reflective and poignant “Guess Again!” and “The Mother Lode,”  which slowly accelerandos into a more fast-paced, intensive tune that transitions into the album’s heavier later half.

Another highlight is the closing track “Nose Grows Some,” whose sultry beats and hypnotic melody cap off the album perfectly. It feels natural, like something right out of one of Yorke’s DJ sets.

The album’s enchanting rhythms make up for its slight repetitiveness.​ The lyrics are not groundbreaking but are more thematically conceptual and abstract than Yorke’s usual repertoire.

For a surprise album heeding no expectations, it is somewhat substantial. It may not compare to Yorke’s Radiohead or Atoms for Peace work, but the album is satisfying for those already accustomed to his unique sound. Yorke intended for this album to capture the attention of his already large fan base and give a jolt to the music industry; Tomorrow’s Modern Boxes did just that. 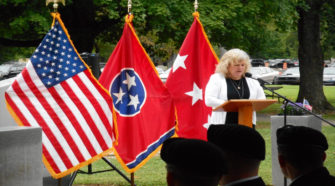