The new logo for the state of Tennessee, as announced by Channel 4 WSMV, has spurred debate amongst Tennessee residents and led to the creation of the hashtag #savethetristar on Twitter.

Since the news broke earlier today, Tennesseans have taken to social media to voice their complaints and even began a petition to strike down the new logo.

So you mean to tell me I could go on paint on a computer and create a new TN logo with my left hand and get 46k out of it? #savethetristar — Emily Meadows (@emilyyygrace_) May 21, 2015

@TennesseeTitans THIS IS WHAT WE WILL HAVE TO DEAL WITH. For all that is good and holy please #SaveTheTriStar pic.twitter.com/CcIFoZkcra — Charles Greenfield (@charlesg_82) May 21, 2015

A common complaint from Tennesseans is the amount of money the state paid GS&F, an advertising agency in Nashville, for the design.

Hey @BillHaslam, please ask for a refund for your $46k square they designed in Paint. #savethetristar

Tennessee could invest 46k into something more beneficial [*cough cough* education] instead of some pointless square logo #SAVETHETRISTAR — Emily (@em_ries26) May 21, 2015

The new state branding follows a decision by the Tennessee Department of Transportation to replace a green-themed symbol introduced by Haslam’s Democratic predecessor Phil Bredesen. The department in 2011 introduced a new logo featuring the TDOT acronym on a red field the shape of the state. For more updates on the new Tennessee state logo, follow us at www.mtsusidelines.com, on Facebook at MTSU Sidelines and on Twitter at @MTSUSidelines To contact News Editor Sarah Grace Taylor, email newseditor@mtsusidelines.com

Next Marcus Mumford: Bonnaroo is a 'very special place to us'

Making masks is a labor of love for Murfreesboro woman 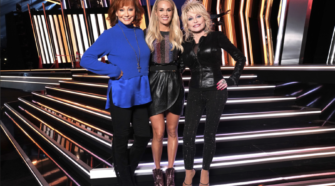