The 2015 Bonnaroo Music and Arts Festival is just a few day away, so it’s time to finalize your tentative plans for undertaking the four-day festival. While your agendas will undoubtedly change due to fatigue, hunger or stumbling across a new band, every festival-goer needs an idea of what artists they’ll try to see. Over half of Bonnaroovians have already planned our their schedules using Bonnaroo.com or the festival’s mobile app, and we’ve compiled each platform’s data to count down the top 18 acts that are expected to draw massive crowds this year. Some, like the headliners, are to be expected, but there are many acts that you’ll be surprised to see near the top.

Fresh off of their latest album Blurryface, Ohio alternative duo Twenty One Pilots are expected to draw 20,000 fans to their Sunday afternoon set at the What Stage. The band has a rapidly growing reputation for energetic live shows, which typically include drummer Josh Dun crowd-surfing on a platform with his entire drum kit. 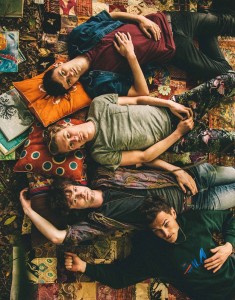 Where: The Other Tent

English indie-pop group Glass Animals have been one of the most buzzed-about artists coming to “The Farm” this summer. The four-piece is set to bring the chilled, electronic vibe of their 2014 debut ZABA to the Other Tent at 9:45 p.m. and just before the night’s biggest draw, Tove Lo, takes the stage at That Tent. This hype matched with a sweet spot on Thursday’s schedule all but guarantee the group one of the largest crowds of the night.

Producer duo ODESZA is projected to draw over 20,000 EDM fans to This Tent during ‘Roo’s first round of late night sets. This is quite an impressive number being as they’ll be going up against fellow electronic acts Deadmau5, Flying Lotus and STS9.

For an idea of what to expect from ODESZA, check out our photos from their recent sold out performance at Nashville’s Marathon Music Works. 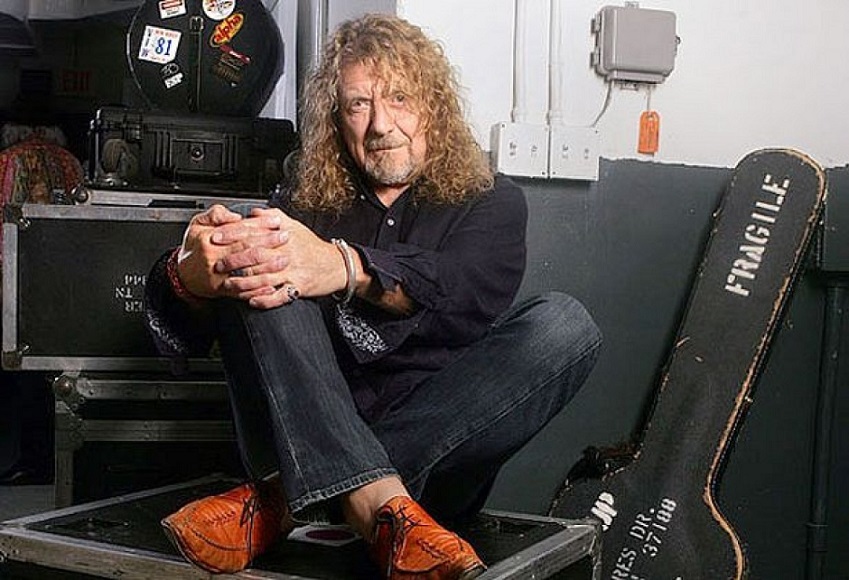 Whether you’ve dived in to his recent solo output or have just kept Led Zeppelin IV on loop since ’71, Robert Plant is one of the most exciting legacy acts travelling to Manchester, Tennessee this weekend. If you’re unfamiliar with his work with the Sensational Space Shifters, there’s no need to worry as he’ll be working in Zeppelin classics like “Rock and Roll” and “Going to California” throughout the set. 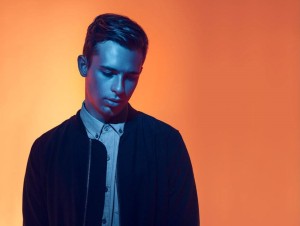 Day Three’s late night sets include D’Angelo, Bassnectar, Tycho and the always memorable Superjam. Topping all those acts but Bassnectar is Australian producer Flume, one of the most anticipated electronic artists playing Bonnaroo this year. The dancable, atmospheric singles from his self-titled debut still sound as fresh as they did in 2012, and he has a new project on the way, which includes his new excellent new single “Some Minds.” 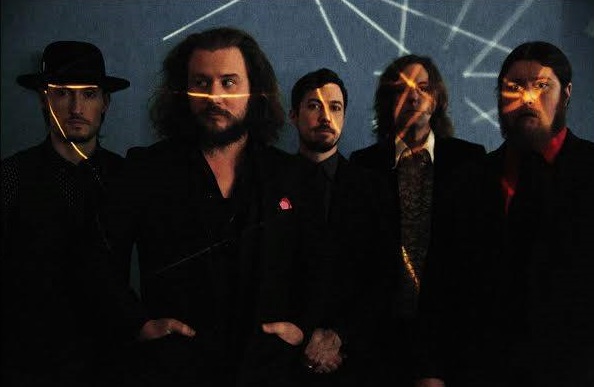 Jim James and My Morning Jacket are basically Bonnaroo royalty, delivering some of the the most highly regarded sets in history of the festival. They’re fresh off their latest release The Waterfall, so even if you’ve seen them live before, they’re sure to deliver a memorable set with some new material mixed in. 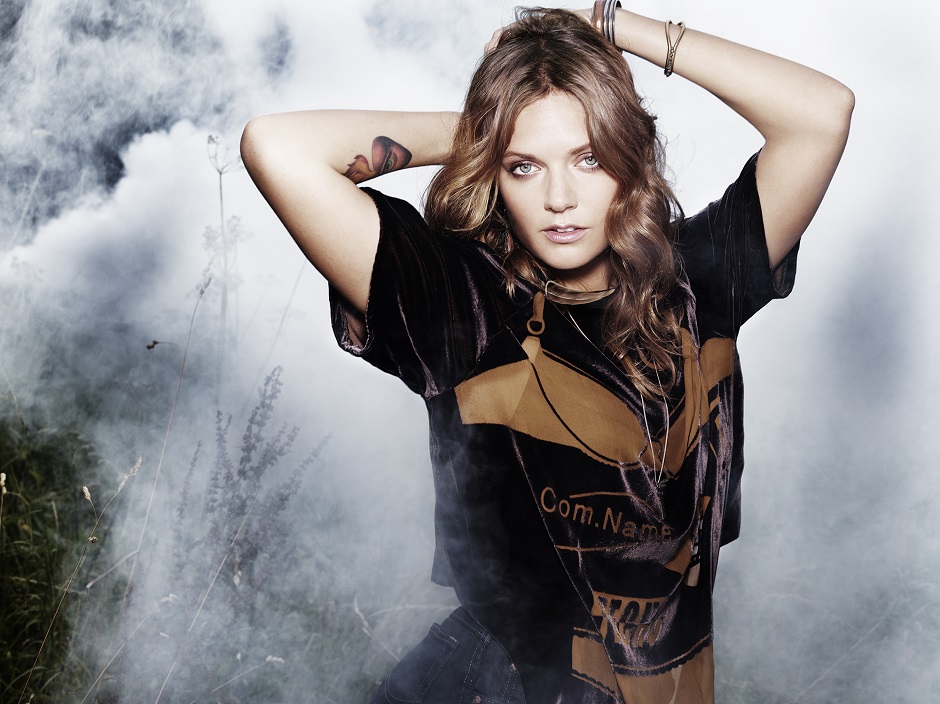 Swedish singer Tove Lo first blew up when the producers Hippie Sabotage remixed her single “Habits (Stay High)” early last year, and  it started gaining traction online. The original track soon climbed up the charts and her success continued with follow-up singles like “Talking Body.” She’s one of the few “Top 40” artists playing Bonnaroo this year and is expected to draw the largest crowd on Day One of the festival. 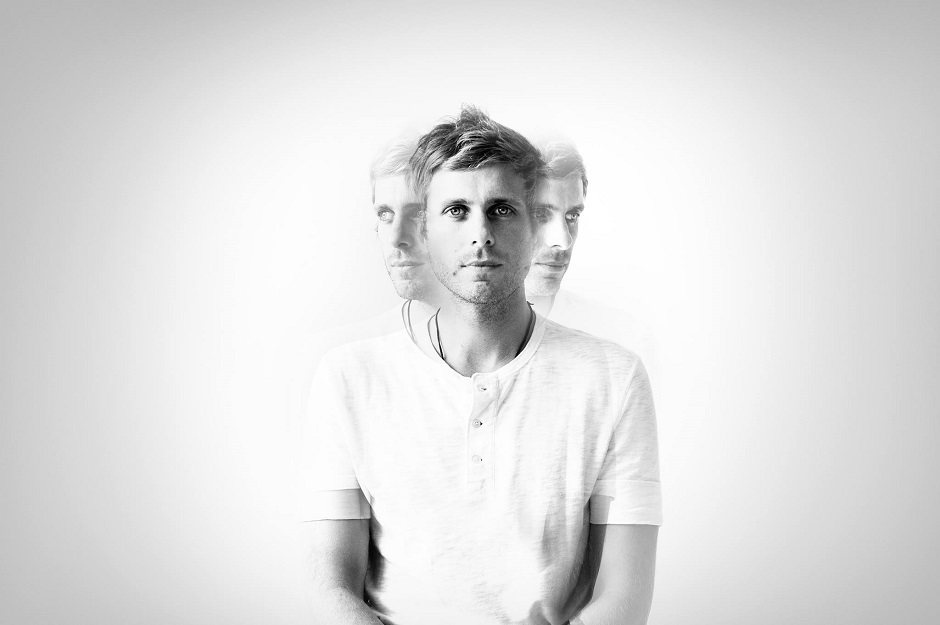 Since releasing the 2011 sleeper-hit “Sail,” a soulful R&B ballad with heavy dubstep production, AWOLNATION has kept listeners guessing as each song they release has a different sound. From hard rockers, to quiet singer-songwriter pieces, to electronic-focused tracks, the band’s eclectic sound has become their calling card. They have a growing reputation for energetic live shows and are currently in the midst of a world tour with stops at festivals around the world. 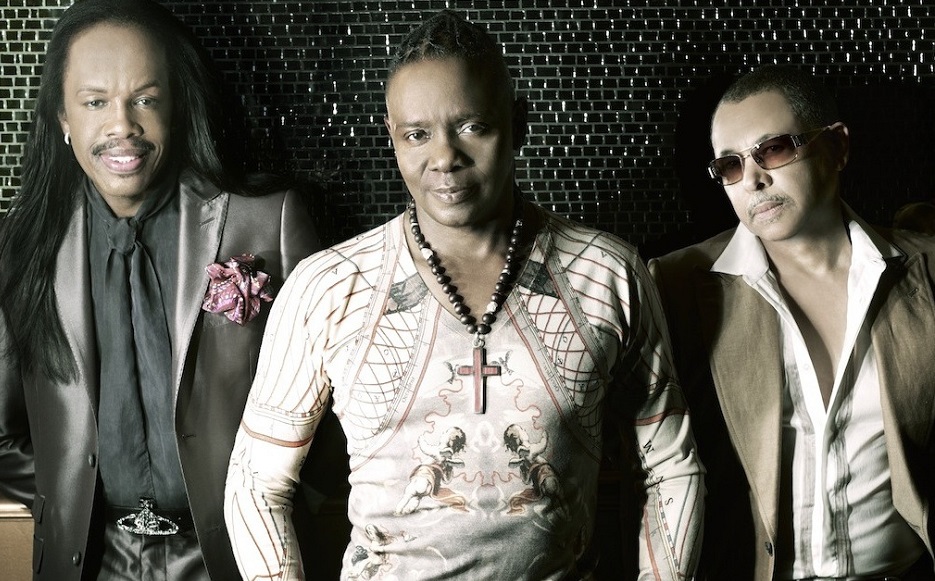 Who would have guessed that Earth, Wind & Fire would be one of this year’s biggest draws? The Rock and Roll Hall of Famers are projected to attract a crowd of almost 30,000 Bonnaroovians who want to dance the night away. As bassist Verdine White said, the band plans to merge all generations of music fans with a set full of classics like “September” and “Shining Star.” 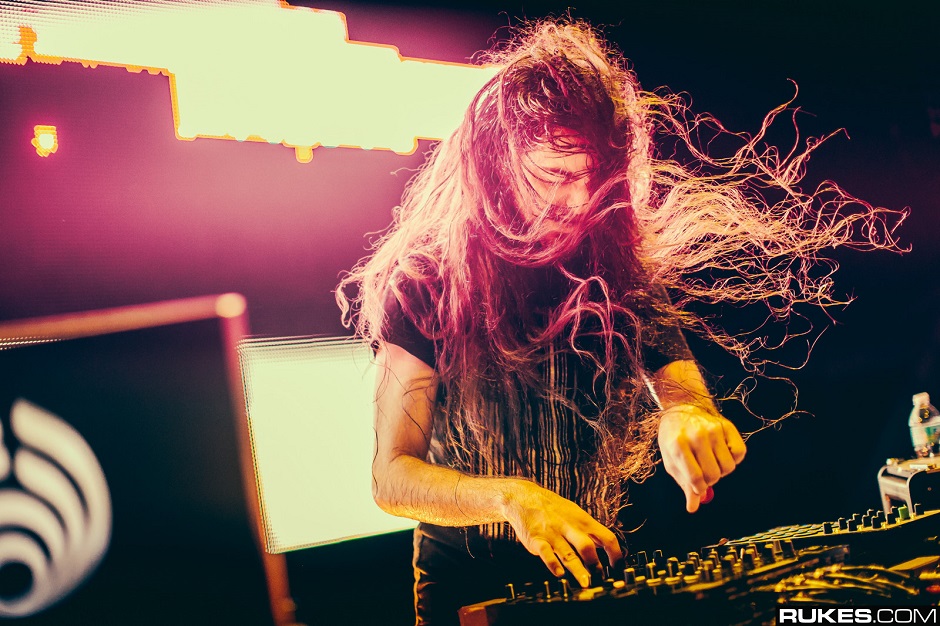 By the time Mumford & Sons leave the What Stage on Day Three, EDM fans will be packed in throngs at the Which Stage for Bassnectar’s return to “The Farm.” The California producer is currently at his commercial peak, bringing his bass-heavy live show to venues around the world, including four-consecutive sold-out New Year’s Eve performances at Nashville’s Bridgestone Arena.

Irish singer-songwriter Hozier has had a stacked tour docket since the release of his breakout single “Take Me to Church.” He’s played every festival from Coachella to the Beale Street Music Festival with numerous sold-out stints at venues across the country, including one earlier this year at Nashville’s Ryman Auditorium. A crowd of 30,000+ is predicted to see the singer make his Bonnaroo debut at the Which Stage on Day Three. 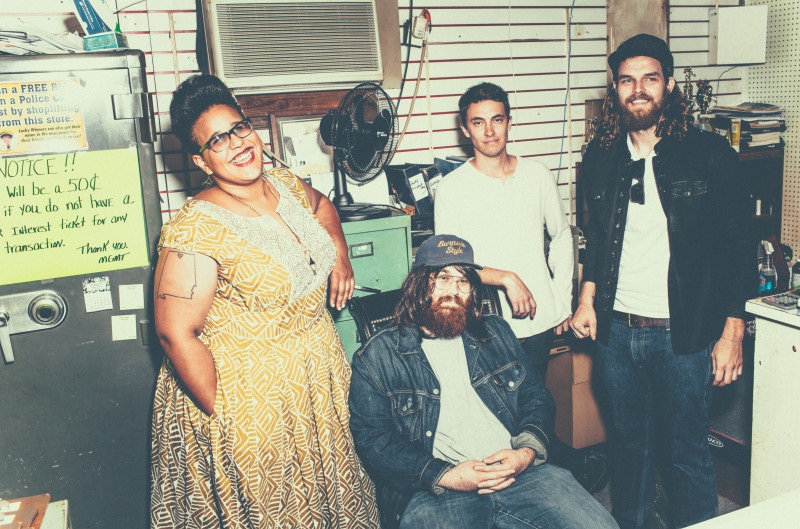 Alabama Shakes have come a long way since their show-stealing Bonnaroo debut at This Tent in 2012. The group, which is touring in support of their acclaimed sophomore album Sound & Color, is scheduled to play at the What Stage to approximately 31,000 Bonnaroovians. The band’s stellar live sound combined with anthemic singles like “Don’t Wanna Fight” and “Hold On” are going to give festival-goers an experience to be remembered.

Although the expected crowd will be a bit diluted due to the massive amount of late night shows capping off Day Two, Deadmau5’s return to ‘Roo will be the biggest EDM set of the weekend. The 34-year-old producer is the genre’s premier act, raking in millions for performances and receiving critical acclaim and commercial success along the way. He’s Bonnaroo’s first EDM headliner, and it’s a spot that’s more than deserved. 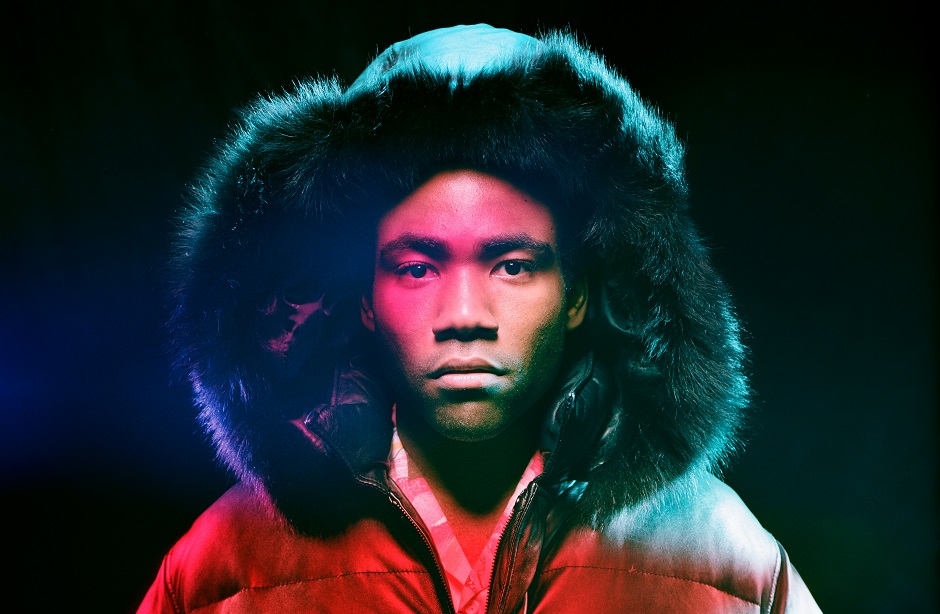 Actor/rapper Donald Glover may not be a household name, but with the excitement surrounding his set, he’s well on his way. Coming off of the well-received STN MTN/Kauai EP and his 2013 full-length Because the Internet, Glover has been quiet most of 2015, but that will change when he draws the largest Which Stage-crowd of the weekend Saturday afternoon. We’ll hopefully hear standouts from his catalog like “Freaks and Geeks,” “Sober” and “Bonfire,” as well as some new material. 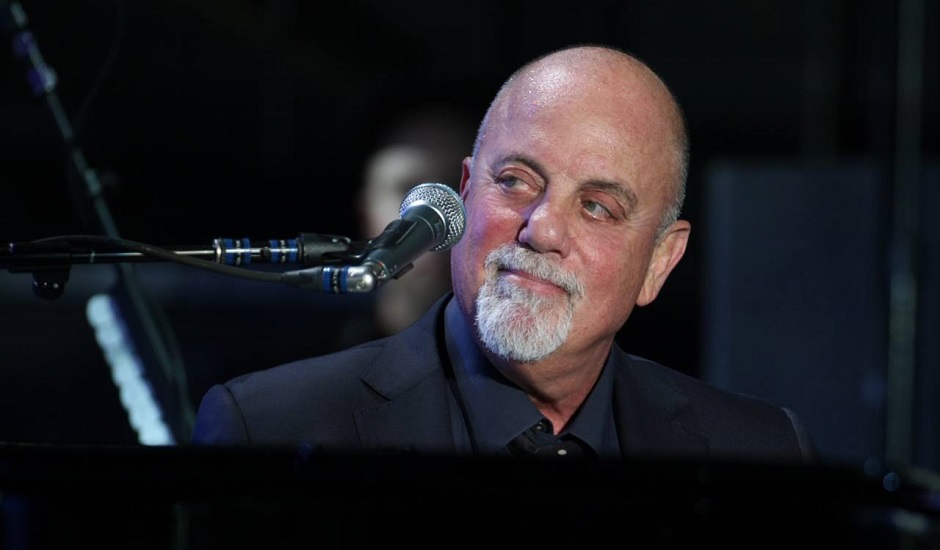 The “Piano Man” himself, Billy Joel, will close out Bonnaroo 2015 with a career-spanning setlist of his biggest hits including “Big Shot,” “Uptown Girl” and “Only the Good Die Young.” While his selection as the top act on the bill has gotten some flak from festival-goers (myself included), let’s face it; you might as well stay an extra hour or two and enjoy your final moments on “The Farm” with some of the biggest hits of the ’70s and ’80s. 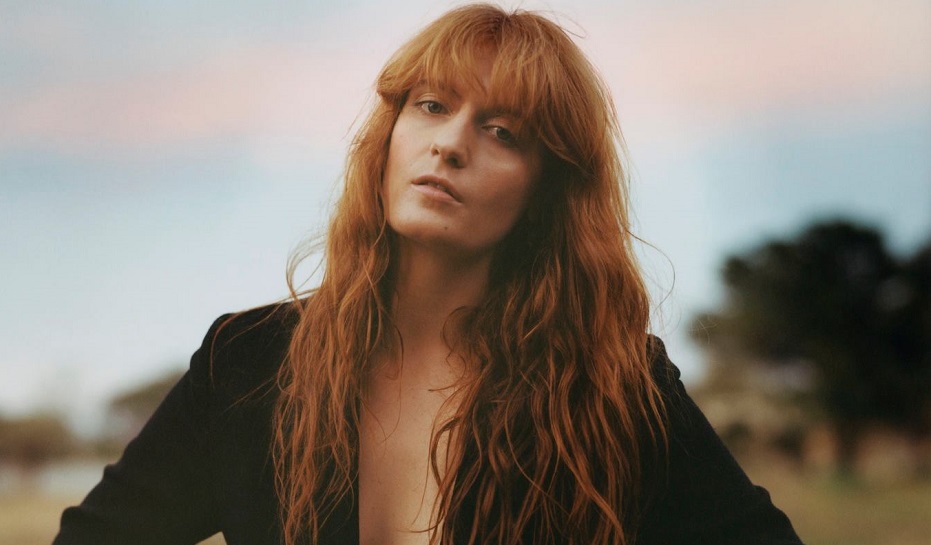 English singer-songwriter Florence Welch and her band could have filled a headlining spot with the massive anticipation of their Sunday night set. The hype surrounding the project’s return is well-justified after giving a listen to their new album How Big, How Blue, How Beautiful, the group’s first since 2011. If projections hold out, they just may attract more music fans than Billy Joel, who takes the stage immediately after their set. 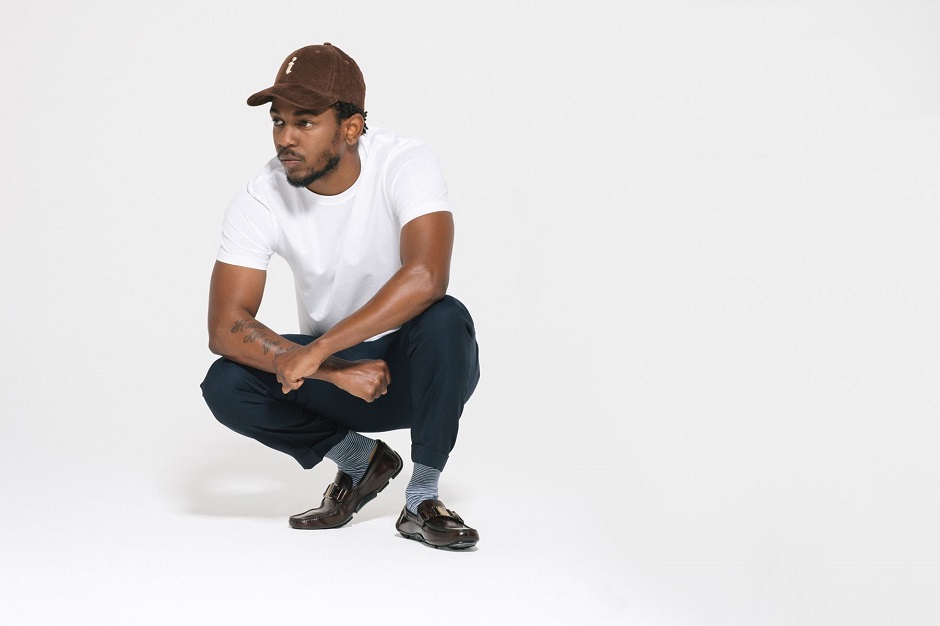 With his latest album To Pimp a Butterfly, Kendrick Lamar has raised the bar for what hip-hop can be. The jazz-filled concept album tells a compelling narrative of arrogance, defeat, redemption and social awareness that is only matched by his 2012 release good kid m.A.A.d city. While his recent setlists show the Compton rapper’s hesitance to work his new material into a live setting, he’ll surely give fans a healthy portion of new tracks, as he performed a set of good kid m.A.A.d city material during his 2012 Bonnaroo performance.

Two years after being forced to cancel their first headlining gig at “The Farm,” Mumford & Sons are returning to Manchester with a refreshed, electric sound, all while keeping their old, acoustic material in tow. Marcus Mumford says that Bonnaroo holds particular significance for the group, and they’ll surely deliver one of the — if not the most — inspired sets of the weekend to the largest crowd of the year.

Next Nashville’s All Them Witches ready for Bonnaroo debut