A lush wave of down-tempo, smooth rock visibly moved the opening night festival crowd. That led into the band’s 2014 single “Gooey” and the roar of screaming females.

Blue and purple lights washed over the audience to the sound of drippy synths from the stage.

The “peanut butter vibes” lyrics from “Gooey” — Bayley has described them in past interviews as a reflection of his youth, eating peanut butter with a spoon and getting it stuck on the roof of his mouth — led to the band’s heartfelt finale.

That would be a kaleidoscope cover of Kanye West’s “Love Lockdown,” perhaps a nod to one of last year’s most controversial Bonnaroo headliners.

Before the lights went out on Glass Animals, though, Bayley thanked the crowd.

“This is my first time here,” Tove Lo said. “It means so much to me that every one of you is here with me.”

Born Ebba Tove Elsa Nilsson, the indie-pop singer-songwriter, has been on a roll of late. She released her debut album Queen of the Clouds last year and also co-wrote “Love Me Like You Do,” recorded by Ellie Goulding and featured on the Fifty Shades of Grey soundtrack.

She’s known for infusing her music with dark and grungy lyrics, which often deal with the artist’s personal issues. But Tove Lo balances these dark topics with raw, electronic music that brought the Bonnaroo crowd to its feet.

Tove Lo’s set included her most-recognized songs, including “Not on Drugs,” “Talking Body” and “Habits (Stay High).” The crowd reliably complied with the singer’s requests that they sing, cheer, clap or jump to the various tunes.

Blues-influenced Benjamin Booker has come a long way since the release of his debut album Violent Shiver in 2014.

The 25-year-old New Orleans guitarist and singer-songwriter culminates his musical talents in an enticing indie soul and rock elixir. Little known a year ago, Booker has garnered a loyal fan base with his sincere lyrics and earnest vocals.

Booker performed for a lively audience at The Other Tent late Thursday night. The set was enveloped in the typical high-ceiling white canopy that covers two other stages at ‘Roo (aptly named This Tent and That Tent), with a light design that augmented the artist but did not overwhelm the music.

Booker had the benefit of playing for a crowd fresh on the farm that is the Bonnaroo stomping grounds. But, to his credit, his talents are such that he seems quite capable of commanding a stage on a festival’s final day, as well.

As the first day of Bonnaroo 2015 came to a close at the Other Tent, Bonnaroovians prepared for a nightcap filled with music and fun.

Being the first of electronic artists to perform, Gramatik — the stage name for producer-DJ-musician Denis Jasarevic from Slovenia, now Brooklyn based — kicked off the party for night owls soon after midnight with his mixture of hip-hop, funk, and dubstep.

Gramatik’s disco-like tunes created a type of trance among the audience. Being a so-called “free artist,” he performed tireless tracks that are known to support his devotion to free file-sharing of music, now released on his relatively new record label, Lowtemp.

His versatile mixes surprised listeners with several different flows and beats, but overall kept the crowd grooving into the wee hours.

This article was published in cooperation with the Seigenthaler News Service. To see the version of this article that ran in The Tennessean, click here. 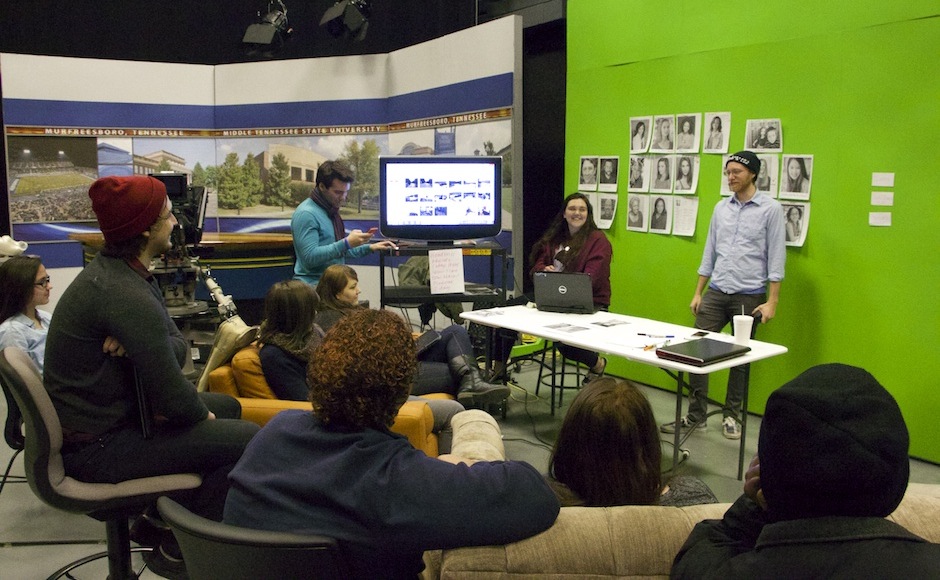 With a Vengeance: the Film Guild’s Journey Through the 54-Hour Film Festival