Two weeks are in the books in the NCAA 2015 football campaign. After a big loss in Tuscaloosa, the Blue Raiders are looking to bounce back with a strong start to their Conference USA Schedule.

Middle Tennessee finished second in CUSA East last year and are looking to take the top spot. Here is a quick look at the teams they will have to go through this year.

Western Kentucky is leading the conference as the only team who has won a conference game in this young season. Senior Quarterback Brandon Doughty plays a vital part to the Hilltopper’s success. After finishing fourth in last years campaign, behind their Preseason Conference USA Offensive player of the year quarterback they expect to heavily compete for the top spot.

This week Charlotte faces Middle Tennessee as their first conference game. Senior Defensive back Blake Brewer is their leading tackler with a school record of 86 tackles in his first season. There’s no doubt Brewer will battle with Middle Tennessee’s safety Kevin Byard as the most dominant defensive player on the field.

Old Dominion has started off this season at 2-0. Running back Ray Lawry averages roughly 200 rushing yards per game. With Quarterback Shuler Bentley averaging 150 passing yard per game, this duo will need to continue to dominate if ODU wants a chance at the number one slot.

Florida International split their opening season games. Senior cornerback Richard Leonard was named First-Team All C-USA as a cornerback and punt returner as a freshman. This team will need great play-making to improve on thier 3-5 conference record from 2014.

Marshall was ranked first in the conference in the previous year, but is in the middle of the pack after splitting their first two games. Starting Quarterback Michael Birdsong averages 170 passing yards per game. Birdsong will be a vital key to the Herd’s campaign to defend their conference title.

Middle Tennessee’s season so far has been a tale of large margins. After coming close to breaking the school single game scoring record against Jackson State, the Crimson Tide almost held the offesnse completely in check.  Quarterback Brent Stockstill is leading the Blue Raider’s potent  offense. Stockstill averages 261 passing yards per game. Coming off the Alabama game, the Blue Raiders are ready to play their first conference game against Charlotte at home this Saturday.

Florida Atlantic’s Senior Quarterback Jaquez Johnson passed for 263 yards and 2 touchdowns during their last game. The Owls fell short in their first two games. This Saturday they will look for their first win of the season Buffalo Bulls.

Rice’s red shirt freshman Running back Samuel Steward comes out of last week’s loss leading the team with roughly 300 all-purpose yards this season. The Owls are are the favorite in their upcoming game against North Texas. Rice finished second in CUSA West last year and are expecting another strong performance this year.

Southern Mississippi’s Quarterback Nick Mullen accumulated 275 yards with Wide Receiver Casey Martin assistance which lead them to three touchdowns against Austin Peay. The Eagles plan on gaining an additional win against Texas State this weekend before jumping into conference play.

North Texas is coming off an upset in their loss to Southern Methodist University. Senior Quarterback Andrew McNulty averages 129 passing yards per game. North Texas was not competitive in CUSA last year and will need to turn things around soon to compete in the conference.

Texas at San Antonio will be playing their second ranked opponent of the year in Oklahoma State this weekend. Freshman Quarterback Blake Bogenschutz passed for 132 yards in their last face off against Kansas State. A grueling non conference schedule will prepare the team for their conference schedule.

Texas at El Paso is coming into week three with two giant losses on the scoreboard.  Junior Running back Aaron Jones is leading the Miners with an average of 157 all-purpose yards. Jones received the 2015 Maxwell Award Watch List. It will take alot more than him to push UTEP into a competitive place.  The Miners square off against Texas Tech this Saturday.

Louisiana Tech is coming into this season as the defending champs in CUSA West. Senior Running back Kenneth Dixson is leading team with 380 all-purpose yards. Dixson was awarded the Preseason All-Conference USA and Doak Walker Award Watch list in 2015. The Bulldogs are at the bottom of the rankings after an early loss to Western Kentucky, but as an experienced team with dynamic players, the season is far from over.

Next Civil rights activists talk voting and the constitution 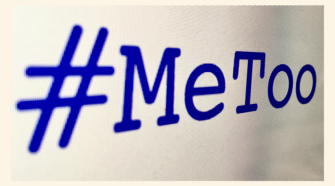 MTSU hosts discussion on gender-based violence in the #MeToo era