Middle Tennessee (6-2, 3-1) beat Florida International University (3-6, 3-2 C-USA) Saturday night in thrilling fashion. The back-and-forth battle ended with a defensive score in the final minutes by MTSU that not only give them the win and made them bowl eligible, but put them in prime position in the C-USA Eastern Division Standings.

The Blue Raiders started out right where they left off last weekend. In just five plays, quarterback Brent Stockstill lead his team 75 yards down the field, capping 0ff the 1:19 drive with a 26-yard strike to Ty Lee in the corner of the endzone to put the Blue Raiders up early, 7-0.

After a quick three-and-out by the Blue Raider defense, Stockstill and company took advantage, this time taking only three plays to score.

A 40-yard Richie James reception and a 14-yard run by Mathers put the Blue Raiders in the red zone. Stockstill would again connect moments later with Lee for a 19-yard score to give MTSU the lead, 14-0.

The Blue Raiders would continue to dominate as Tyrone Nix’s crew would put pressure on FIU quarterback Alex McGough to force them to punt once more.

The third MT drive and score would be done primary with the legs of Stockstill and Mathers. The tandem would combine for 60 yards on the ground, finishing the 0:53 possession with a nine-yard touchdown run by Mathers to give them the lead, 21-0.

Down three scores, the Panthers had to put on more steam if they wanted to stay in the game.

On third-and-one, running back Anthony Jones would pick up a 19-yard run to give the Panthers their first first down of the game and also put them in scoring position. Two plays later, McGough found Jonnu Smith for the 27-yard score to put the Panthers back in the game, but still down 21-7

The tables turned in the next few minutes as Middle Tennessee’s offense couldn’t get anything going and was forced to punt for the first time in the ballgame.

FIU would capitalize by slowly chipping away at the MT defense and the lead. Taking the ball 52 yards and using 4:24 off the clock, McGough completed a 10-yard passing score to Thomas Owens to once more shorten the deficit to 21-14.

A quick three-and-out and a 54-yard Matt Bonadies punt would hand the ball right back over to the hot FIU offense as the first quarter winded down. This time though, Middle’s front seven would stand tall after big plays from Steven Rhodes, D.J. Sanders, and Chris Melton.

The defensive momentum would not carry over to the offense, however, and after an overthrown pass intended for James, the Blue Raiders were forced to punt once more.

During this time in the game, rain began to come down in Miami. Twice this season, the Blue Raiders have played in the rain. With this being FIU’s first encounter with sloppy conditions, MT would use this experience to their advantage.

Gaining ground on the MT lead, McGough mistakenly didn’t secure the wet ball on a routine snap under center and left it on the ground for anyone to take. MTSU’s Darius Harris pounced on the ball, putting the Blue Raiders in prime position to score.

Wasting no time, Stockstill found James in perfect stride in the back of the endzone to put Middle Tennessee back up by two scores, 28-14 with 3:53 left in the second quarter.

The battle would continue into the half as Thomas broke away from Mike Minter and hauled in a 36-yard completion over his shoulder to give a the Panthers a chance to score before the half ended.

A pair of Alex Gardner runs would get the Panthers down to the 7-yard line before getting his number called once more, taking it in for a touchdown to make it 28-21 MTSU heading into the half.

Coming out of half-time, Javonte Moffat delivered a hit on McGough after a 4-yard pickup that put him out of the game with an unreported injury. Backup Maurice Alexander, a duel-threat quarterback, came in to see if he could get the job done with his legs. MTSU was ready, however, as D.J. Sanders wrapped him up in the backfield on third-and-six, forcing a punt.

The teams would trade a pair of punts before things would interesting again.

On second-and-ten from the FIU 46-yard line, Stockstill threw a pass over the middle to James taking two strides before the ball fell out of his hands, ruling incomplete. FIU challenged the play, hoping it would be called as a fumble. The call would stand as incomplete, making it third down. Stockstill’s pass fell incomplete to Lee seconds later and Matt Bonadies came on for the short-fielded punt.

A healthy McGough returned to the game to see if he could light a spark under his team. Garder would get the handoff four straight plays, gaining 23 yards and putting the Panthers down near the 40-yard line as time expired in the third quarter. His counterpart, Jones, would get the feed the next couple plays to get the ball inside the red-zone.

On fourth-and-four, FIU would successfully complete the yards needed for the first down on a pass to Owens. Three plays later, the two hooked up again on a 24-yard connection to score to tie the ballgame 28-28 with 12:45 remaining.

MTSU wasn’t fazed one bit by the look on the scoreboard. Taking just 0:47 and after two straight first down plays, Stockstill found James for a 52-yard touchdown pass to put the Blue Raiders back up 35-28.

Looking to return the favor, FIU quickly marched past mid-field before slowing down. Faced with fourth-and-one, the Panthers found three yards with the legs of Jones, converting on fourth down for the fourth time on Saturday.

Jones kept finding holes in the defense for the remainder of the series until he punched across the goal line on a one-yard rush to knot the score once more, 35-35 with 5:43 left.

Under pressure now, the MTSU offense needed to produce points. Mather’s ran for rushes of eight, two, and 12 yards to start off the drive. Mathers got the handoff once more on a third-and-four but a Richie James illegal block forced the Blue Raiders into a third-and-twenty.

Stockstill’s pass fell incomplete and the game was now left in the hands of the defense, a group that has made big plays at big times all year.

With 1:22 on the clock, Sanders jumped in front of a pass and intercepted it, taking the ball 48 yards to complete the pick-six and put the Blue Raider’s up 42-35.

The defense again came in clutch just minutes later as MTSU’s Melton forced Gardner to lay the ball on the ground. Rhodes recovered the ball and secured the victory for the Blue Raiders.

Stocktill finished the day completing 19-of-26 passes for 296 yards and four touchdowns.  Mathers tallied his sixth straight 100-yard rushing game with 149 yards and one touchdown Saturday. James hauled in 127 yards and two touchdowns, while Lee also finished with 100 yards receiving and two scores.

During the game, Stockstill eclipsed the career passing touchdown record previously held by Logan Kilgore with 53. Stockstill now has 56 with two years of eligibility remaining.

Mathers also passed the 1,000-yard mark tonight, becoming the first Blue Raiders to achieve the stat since Dwight Dasher did so in 2009. Similarly, James also reached 1,000 yards receiving on the year.

The three combined tonight to make history in that no MTSU team has ever boasted a 2,500 yard passer, a 1,000 yard rusher and a 1,000-yard receiver in a single season.

Middle Tennessee is back in action next Saturday when they take on the UTSA Roadrunners at Floyd Stadium. Kickoff is set for 1:30 p.m. 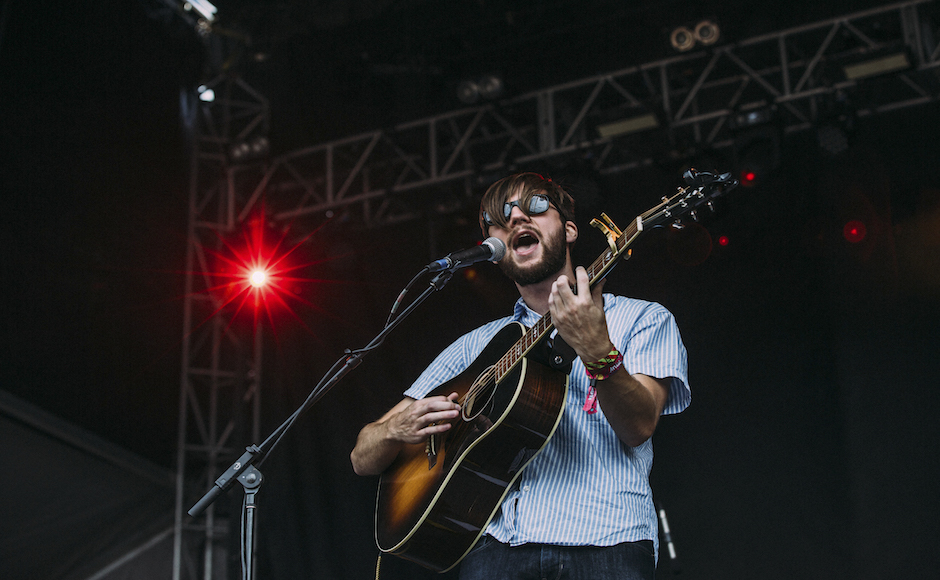 Indie-folk outfit Mt. Joy took risks to get to Lollapalooza