On Aug. 9, 2014, Brown said he had just gotten off from work and was at home folding clothes with his wife when his mother called.

“My mother called and said she had a bad feeling. My mother always had bad feelings. I told her after I got done folding clothes with my wife I was going to go pick him up,” he said. “We got done folding clothes, I laid down for a second and I got a phone call from his other grandmother, Lesley’s mother. She called and said that Mike had been shot by police and was laying dead in the street.”

Brown and his wife rushed to the scene where, Brown said, they felt they were disrespected.

“We asked the public, the community and the police officers what had happened. The community talked to us. They told us that he was just walking down the street and the police just shot him down,” he said. “But we wanted to talk to the police to see what they had to say about the situation. We were asking the police all types of questions just trying to get answers, and they wouldn’t tell us nothing.”

Brown said that police officers took the time to pass out waters to each other and were “smiling and high-fiving like this wasn’t a serious issue,” but they would not speak to the family.

Brown said that he first realized it really was his son laying lifeless on the ground covered by a sheet when he saw the hat he bought for his son on his wedding day. Michael was the best man at his father’s wedding.

“I saw that hat, and a flip-flop that he had bought. It started to become reality to us,” Brown said.

According to Brown, a police officer ran over his son’s foot, which sparked the confrontation at the police officer’s vehicle. He said that the first shot blew his son’s thumb off.

“As a kid, if you’re getting hurt or you feel harmed, you will take off running,” he said.

The police officers asked him to stop. Brown said that he stopped and put his hands up, but the police officer kept firing shots at his son before asking him to turn around.

“That was the fatal shot that went in through the back of his head,” Brown said.

“I called Lesley and asked if she had been to identify the body without me and she said, ‘Mike, they’re lying. We haven’t been there yet,’” he said. “Come to find out, the people [who] went and identified our son’s body were the police.”

Brown was not able to see his son until the day of the wake, a week after the shooting.

“We had been yanked around and yanked around. We had to go do interviews and all types of stuff and I’m just trying to see him,” he said.

The family held a private wake for friends and family to remember Michael, who would have started his freshman year of college that week.

Since his son’s death, Brown has started The Michael Brown Foundation, also known as “Chosen for Change.” The foundation provides community support, outreach programs and hosts events for families that are affected or are at risk of being affected by grief or trauma from the loss of a child.

“At Christmas, we adopted 15 families last year. We’re working on 25 this year. In March, we do lock-ins for the children. It just makes me feel good that I saved some kids for one night. I wish I could do it every night,” he said. “After then, it’s Mike’s birthday, May 20. We have a Party for a Purpose. We go in and feed the community and have bounce houses [for the children]. We have a lot of volunteers and people that come out and help and support. We have a sponsorship luncheon to raise funds for the foundation so we can do the work. I do a walk from Canfield to his school. It’s a four and a half hour walk, the same time he laid on that ground.”

The walk passes the cemetery that Michael is buried in and is right beside the high school that he graduated from.

“That was his last accomplishment,” Brown said. “I feel like that’s very important because I just want to think about the things he wanted to do to make his family happy and proud.”

Brown advised students to organize and take action to make a difference.

“One person can spark a flame. It’s time out for being scared,” he said. “I’m probably always going to be angry. Being angry is what got me to speak to y’all today.”

Brown acknowledged all of the change that has sparked since his son’s death.

He said, “At the end of the day, some people see a young black man that shook the world up, but I still lost my son. I miss that dude. He was my best friend.”

To learn more about the Michael Brown Foundation, visit the foundation’s website.

Previous 10 local bands and artists to watch out for 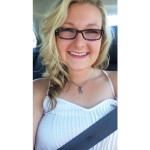