Basketball season is in full swing, and for Middle Tennessee (10-3), that means continuing its success after a historical upset over Michigan State this past March. Now, they head into their C-USA schedule looking to defend their conference championship.

The team is lead by two of its best players in senior forward Reggie Upshaw and junior guard Giddy Potts. But while they’re two of the team’s forces, both players were once new to the team.

Upshaw started on the 2013-14 Conference USA championship team as a freshman, benefiting from the time he spent with former Blue Raider Shawn Jones. When Potts joined the program, he was an overweight freshman who was only known for his shooting ability. Since then, he’s lost 22 pounds and almost quadrupled his rebounding average from his freshman year.

Each player is looking to build off of their best seasons respectively at MT. Potts is one year removed from leading the nation in three-point shooting percentage at a 50.6 percent clip. He also led the team in scoring, averaging 14.9 points per game.

While the junior guard’s success is not a surprise to anyone, head coach Kermit Davis knew from the beginning that he needed to make some changes to reach his potential.

“To watch Giddy come in, a 242-pound freshman, overweight and out of shape. [He] could always shoot though,” Davis said. “Just how he’s transformed his body and how [Potts and Upshaw] have matured academically, that’s the fun part of coaching.”

Potts’ best games have come against some of the toughest competition the Blue Raiders have faced thus far. He scored 20 points in the dominant 77-62 win at Ole Miss, and poured in 27 against in-state rival Vanderbilt to lead the team to a 71-48 win.

Upshaw is coming off a great year as well, finishing second on the team in scoring at 13.7 points per game and leading the team in rebounding at 8.5 boards per game. Upshaw came in as a freshman, and Davis recalls that his early playing time with other good players sped up his development.

“It’s fun to see how when Reggie started on our championship team in Conference USA as a freshman, to have the strides he made playing Shawn Jones and the other guys,” Davis said. “Both of them are such good guys. They’re really good people to see in the gym. You look forward to seeing Giddy, I look forward to seeing Reggie.”

Upshaw believes that the early minutes he got led to him being the player he is now.

“Anytime you can come in and play a lot of minutes, it helps you in your process of trying to grow as a young player,” Upshaw said. “When you see players like Tyrik [Dixon], who’s a true freshman, coming in and playing the minutes that he plays … it’s huge for his development, not only this year, but the next two, three, four years.”

While Upshaw and Potts return from last year, the Blue Raiders lost the other three starters to graduation. With so many new faces, chemistry can sometimes be a concern. This is nothing new for MTSU, as it has a history of finding talented players that most schools overlook. Not only do the coaches find these players, but they contribute right away to the team’s success.

Perrin Buford, Darnell Harris and JaQawn Raymond are three such players, as they were relied upon in crucial minutes the moment they stepped on campus. They each added something different to this team.

Buford transferred to the team from Southwest Tennessee State and added versatility to this team, as he was capable of playing any position on the court. He finished third on the team in both scoring (12 points per game) and rebounding (5.9 rebounds a game) last year. Buford was also the only player on the team to shoot 50 percent from the floor the entire season.

Harris, a transfer from Northwest Florida State, was the team’s stretch center. What he lacked in size, he made up for in shooting, finishing second on the team with 58 made three-point shots last season. He rounded out the Blue Raiders four double-digit scorers at 11.7 points per game.

JaQawn Raymond came to the team via North Carolina State and after sitting a year due to NCAA transfer rules, became the team’s starting point guard. Raymond gave the team a steady presence at point guard for three years and became one of the team’s best perimeter defenders, finishing with 34 steals in the 2015-16 season. He also became a consistent three-point threat, making 119 threes in his three seasons in blue.

This year, the Blue Raiders are relying more than ever on newcomers to play a crucial role in the team’s season. Players like JaCorey Williams, Antwain Johnson and Tyrik Dixon are just three of the many new faces that are ready leave their mark on the Blue Raider program.

Williams is a 6-8 transfer forward from the University of Arkansas. While he never really found his stride there, he immediately turned heads after just his first two career games in Murfreesboro. With 21 points in his debut against Milligan College and 22 points against Murray State, he gives the Blue Raiders something they’ve been missing for the past couple of seasons; a super-athlete that can dominate opponents in the post, as well as handle the ball to create space on the perimeter.

Williams showed even more of his game in the Challenge in Music City that saw the Blue Raiders win three games in three days from November 25-27. He won the tournament MVP award, putting up scoring performances of 16, 31 and 25 points. Williams also addressed a problem that coach Davis was adamant about earlier in the year: rebounding.

In the final game of the challenge against Evansville, Williams scored 25 points and grabbed 10 rebounds for his first double-double as a Blue Raider. Every night out, he shows more and more improvement, scoring at a rate that Middle Tennessee hasn’t seen since Desmond “Boogie” Yates.

Williams continued to improve his rebounding by putting together a string of four consecutive double-doubles, with his biggest rebounding game (14) coming on the road against Virginia Commonwealth.

Johnson is a 6-foot-2 combo guard who transferred to MT from Chipola College in Marianna, Florida. While the Blue Raiders have had a history of solid guard play, Johnson gives them athleticism and physicality that they’ve rarely had from the backcourt position. In his debut against Milligan, he dominated off the bench and scored 17 points. He also came up strong against Belmont when he sunk two three-pointers late to seal the deal in Nashville. When he was looking for places to transfer, Johnson said that his comfort level was highest during his visit in Murfreesboro.

“The biggest thing was that I felt comfortable with the coaches,” Johnson said. “All the players on my visit, they made me feel at home. I just felt like this was a place that I could grow [as a player].”

Dixon is a 6-foot freshman point guard from Arkansas. Praised for his high basketball I.Q., Dixon started off the season slow, but has since elevated his game and looks very comfortable leading the team. Dixon put together his best game on the road against VCU with 12 points and three assists.

“Tyrik is a valuable practice player. We’re just trying to teach him some valuable lessons on guarding. We’ve got to get him to guard better,” Davis said of his point guard. “I think he can run our team. … I think Tyrik Dixon is going to be a good player.”

This team may be full of newcomers, but that’s done nothing to deter anyone’s confidence. MTSU is heading into a showdown with conference rival UAB for each team’s C-USA opener. The Blue Raiders are looking to build off of a solid run in their nonconference schedule that saw them earn wins over Mississippi, South Alabama, Belmont, and Vanderbilt, where the team played some of it’s best basketball of the young season.

The Blue Raider’s are currently on a two-game losing skid after tough decisions to VCU and Georgia State. Even with the sudden decline, the team’s mindset is stronger than ever.

“I think we know we got to turn it around,” Williams said. “We really have to come together as a team, and it starts in practice. We can’t try to cheat the grind. I thought we were kind of trying to get through the grind a little bit the last couple of days. You can’t really cheat the grind, you got to go through it.”

“You have to take every practice and every game serious. You can’t take any opponent for granite.”

The Blue Raiders will open their conference schedule on New Year’s Day against the UAB Blazers, with tip-off scheduled for 4 p.m. at the Murphy Center.

Below is a timeline of former and current impactful newcomers during the Kermit Davis era: 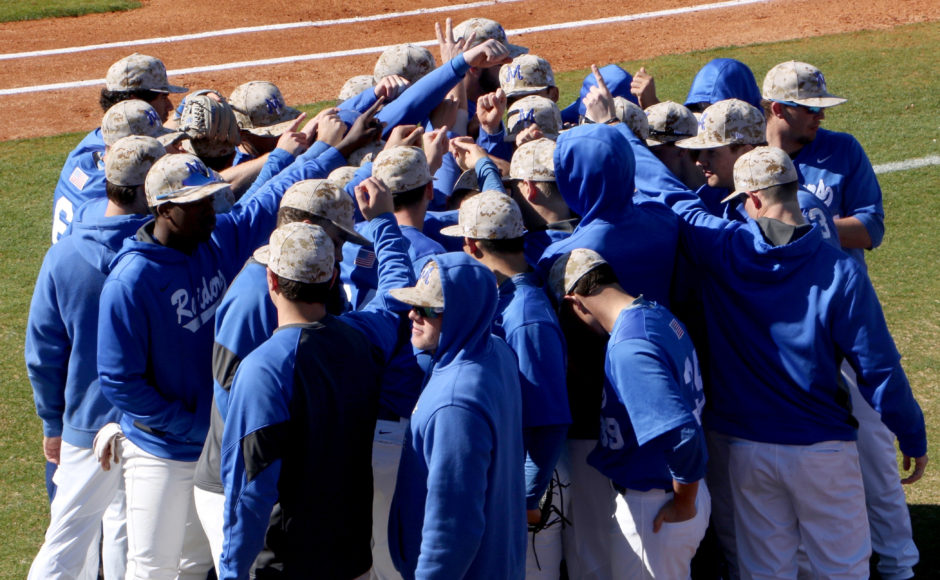