The June Anderson Center for Women and Nontraditional Students held a sexual assault simulation on Tuesday titled “In Her Shoes” in the Sam H. Ingram Building to raise awareness and foster student involvement.

Nearly 20 people per minute are physically abused by an intimate partner in the United States. During one year, this equates to more than 10 million women and men.

Rape is the one of the most underreported crimes and the most psychologically damaging. Domestic victimization is correlated with a higher rate of depression and suicidal behavior.

In the simulation, students are forced to go through “the system,” while being yelled at by both babies and secretaries.

“We want students to really understand the process they have to go through in housing and social security and welfare,” said Barbara Scales, the director of the June Anderson Center for Women and Nontraditional Students and the coordinator of the event.

Many people do not know the underlying causes of these types of abuses, and there can be factors that seem irrelevant. Some students that participated thought money and economic circumstance were not factors in domestic violence and sexual assault cases. Dr. Callie Rennison, a University of Colorado Denver professor, performed a recent study based on Department of Justice statistics showing that young women who are not in college are at greater risk of rape than women enrolled in school. In an editorial written in “The New York Times,” Rennison said she found evidence that women in poverty are at much greater risk of sexual violence overall.

The June Anderson Center wishes to create new campaigns to raise awareness and scholarships. Despite their efforts to increase the advantages for those born in unfavorable circumstances, many of the workers at the center such as Myra Beasley feel as if the funding from MTSU has been insufficient.

“Poverty is a big factor, and the dean wants to cut our funding,” said Beasley.

Some of the interns who volunteered to help run the event, such as Morgan Murphey and Austin Pettit, feel events like the simulation should be occurring more regularly to help victims realize that it is acceptable to speak up about sexual assault.

“I think that awareness should be raised for both the one-in-four girls being assaulted out of us, as well as the one-in-six boys,” said Savannah Benjamin, a chemistry major.

With the majority of domestic abuse and sexual assault being unreported, Scales feels awareness and support are the most influential things the campaign needs from students. Despite the potential budget cuts, she has a full lineup of events prepared for April and expects students to attend to raise awareness and share experiences.

Previous Jess Louro asserting her role for the Lady Raiders 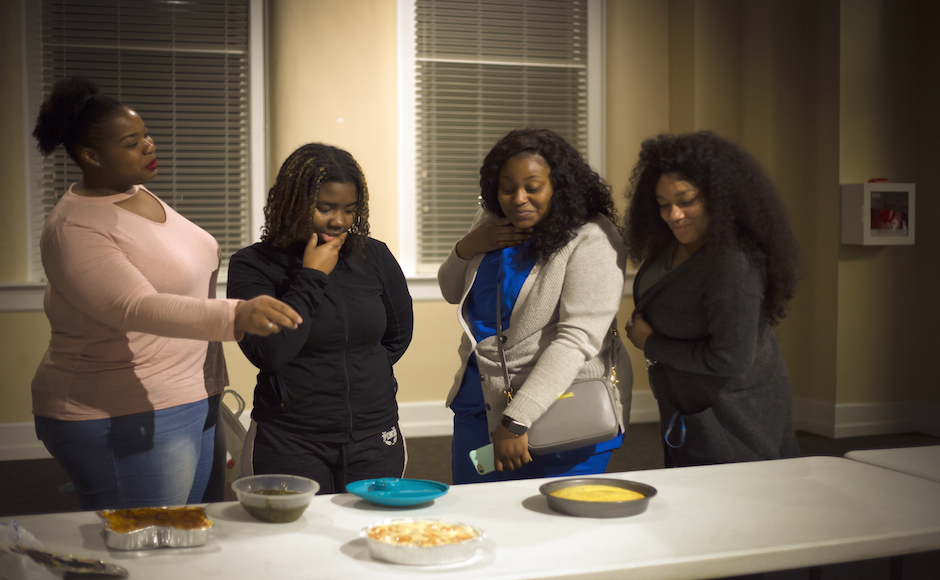