If the collective sigh of an entire generation wasn’t enough, Disney’s Club Penguin officially shut down Wednesday. But, when one door closes another opens in its place, right? At least that’s the case for these virtual penguins and their world of animation.

While the original Club Penguin is a thing of the past, Disney is introducing its brand new version of the mobile game, Club Penguin Island. Now available in the App Store and Google Play, your very own virtual penguin is only a click away.

Club Penguin Island, unlike the original, no longer requires a computer. In fact, this app is mobile only. This is Disney’s attempt to re-engage children with the game that was once home to hundreds of millions of users. The new version allows for a fresh take to an old game. For instance, nothing from the original Club Penguin is transferrable to the new Club Penguin Island. Everything starts from scratch, including your penguin avatar.

For all the millennials who are up playing Club Penguin, here’s everything you can expect to see in this renewed virtual world.

So, what new new features does Club Penguin Island offer? Read here to find out.

As with any other social gaming app, there’s plenty of friends to be made. Socializing is made easy with Club Penguin Island because that’s what the game is all about. Go ahead, find a friendly looking penguin and connect to fellow Club Penguin users by sparking up a conversation.

It’s fun, entertaining and it’s so easy to get lost in the world of colorful penguins. As promised, the action never really ends here. In fact, log on at any hour of the day, and there’s an adventure awaiting you.

Did you grow bored with the original Club Penguin? Well, Disney claims that won’t be the case with Club Penguin Island. Here, the sky’s the limit. If you can think it up, you can create it. So dress your penguin up, keep him or her fashionable and never tire with the same ol’ boring clothing styles.

Grab your pirate hat and jump on board! X marks the spot. Explore your map and don’t give up until the many hidden treasures of the island have all been searched out.

You mean to tell me the party literally can’t stop? Exactly! It can’t, and it won’t. Club Penguin Island is a happening place, and there’s always some fun to be had here 24/7.

You can’t forget about your penguin’s hungry appetite. Check out all of the yummy treats this new app offers your virtual character, and make sure your newest friend never goes hungry.

Be sure to hit up the App Store or Google Play to check out the newly released Club Penguin Island. Your adventure is awaiting you.

Previous "Life" is an exciting sci-fi horror flick despite unoriginality 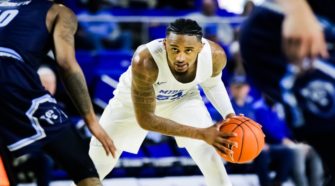