Students gathered at the Exam Jam in the McCallie Dining Hall on Thursday night to relax before finals week. The event, sponsored by MT Dining, featured free breakfast food and recreational activities.

MTSU staff and administrators served pancakes, sausage, bacon, eggs, biscuits and other breakfast items to crowds of hungry students. By 11 p.m., approximately 1,000 people had walked through McCallie’s doors, according to Dean of Students Sarah Sudak.

MT SPARE set up activities outside McCallie such as an inflatable obstacle course, 9 square, retro arcade games and basketball.

MT Dining also had a raffle to give away Rockstar Energy merchandise, such as a guitar, t-shirts, hats and a speaker.

Music education student Marisa Lemoine said she came to the exam jam because of the freebies being offered.

“I was hungry, and there was free food, and I was stressed out about my music juries, so I just decided to get food instead of practice,” she said.

Lemoine said she, along with many other students, deal with lots of pressure at the end of the semester, and the event was a way to help them unwind.

“I just think there (are) a lot of people kind of going through the same thing right now. They’re all kinda stressed out, and they just want free food, and I feel very united in a way,” Lemoine said.

Freshman Austin Ford, 19, said in order to prepare for finals week, students should “probably study, and it might be a good idea to sleep some, too.”

“Caffeine helps,” he said, holding a drink from Starbucks in his hand.

Ford said he was battling a cold and came to McCallie for orange juice, unknowingly walking into the Exam Jam.

“The juice thing’s covered up, so I can’t get any orange juice,” he said. “But I had some donuts instead.”

Abdul Al-Aziz, an exercise science and nutrition major, said his favorite part about Exam Jam is being around all the people and receiving free breakfast food.

He said the best way to prepare for finals week is to have “started studying two weeks ago.”

It’s important not to lose sleep over studying, and “study early in the morning (to) remember it better,” according to Al-Aziz. If you’re asking the question is ap physics c hard? Or any other subject then it would be a good idea to ask classmates for notes or talk to a tutor to help explain the topic in sizeable chunks, so you are not stressing out about exams.

Regardless of their major or amount of tests they had to tackle, everyone appeared to be grateful for the chance to relax and eat food with fellow students.

Previous 'It was a crazy experience': An MTSU student's skydive with Army Golden Knights 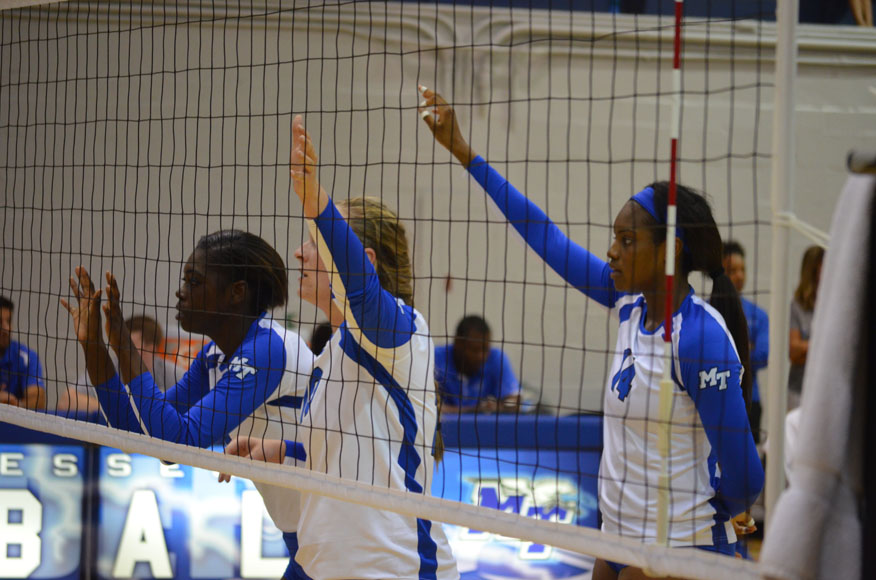