Not every summer day can be sunny and bright, but that’s OK. With a good book, a rainy day can quickly become the ultimate getaway. Don’t let the stormy days get you down, but instead pick up one of the five books listed below and tackle the day creatively.

“The Name of the Wind” by Patrick Rothfuss

Imagine the acclaimed film director Christoper Nolan directing the Harry Potter series. The resulting product would mirror “The Name of the Wind” and Rothfuss’ brilliant universe. The true magic, though, lies within Rothfuss’ capability of relating his novel’s world to the one we live in today.

In “The Name of the Wind,” the story’s hero, Kvothe, narrates his own life over the course of three days, explaining how he became a legend. Constantly battling tragedy, he fights to overcome each obstacle thrown his way, making it impossible to not root for him. But like any other book worth reading, there’s a twist: all he is now is a lowly barkeep. So, it’s up to the reader to uncover how Kvothe rose to the status of legend, only to fall so low. Making it his mission to engage the reader until the very last word, Rothfuss provides a must-read in “The Name of the Wind.”

“Ready Player One” by Ernest Cline

If you’re in search of a thrill ride filled with 80s nostalgia, this one’s for you. Plus, there is really no better time to read “Ready Player One” because Steven Spielberg is in the process of transforming it into a movie. However, licensing will likely become a struggle for the filmmakers because Cline fills the book with everything cool about the 80s and early 90s, and in the world of digital, the possibilities are endless.

In a not-so-distant dystopian future, almost all of humanity hooks themselves to a Cyber Utopia called the OASIS. The focus of the story belongs to the kid with all the cards stacked against him, the underdog. This is a sci-fi book written specifically for the millennial generation.

Thrill, suspense and mystery all describe this book perfectly. Character Jean-Baptiste Grenouille kills attractive women and makes perfume from the bodies’ remains, refusing to stop until he creates the ultimate perfume. And to top it all off, the story is told from the murderer’s perspective.

Not only is Grenouille a flawed character, but he’s also surrounded by cringe-worthy supporting characters. This causes the reader to feel empathy for Grenouille as he becomes a monster. By the end of the book, you may even want Grenouille to get away free from all consequences.

A film based on the book is available, but although it’s a decent movie, the book (as usual) is the better version of the two.

“Ex-Heroes” shares a similar storyline with “The Walking Dead,” but the focus of this book actually belongs to the superheroes of the story. As the zombie apocalypse is thriving, so is the time period when people are discovering incredible powers within themselves.

Taking place just one year after the original zombie outbreak, “Ex-Heroes” paints the picture of an incredible band of superheroes enforcing their town’s safety by attempting to fight off the undead. But outside of the gated Los Angeles fortress lurks something much worse than a city full of zombies. Packed with action and suspense, this book is sure to keep you turning the pages.

“A Darker Shade of Magic” by V.E. Schwab

Parallel worlds collide when something dark and powerful returns from the shadows. Grey London, Red London, White London and Black London are all connected through magical doorways that only Kell, one of the last magicians with the ability to open these doors, can travel through using one of the other London’s token.

Grey London lacks magic completely, Red London (where Kell is from) thrives with magic, White London is slowly being drained of magic due to a war being fought by its own people and Black London has been walled off for some time. When Kell gets sucked into a plot involving a forbidden Black London token, he races through each London, attempting to find his road to victory. The only help he finds comes to him from a Grey London thief with big aspirations.

Rain or shine, all five books promise to capture your attention as quickly as you could open one of them. Without the master story-telling provided by these novels, summer simply wouldn’t be complete. 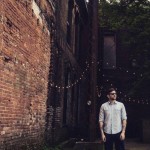