With the fall semester just around the corner, we are trying to squeeze in every last summer activity we can before being bogged down with assignments and responsibilities. But keep in mind, the summer isn’t just for kayaking, hiking, amusement parks and other outdoor activities. In fact, one of the best parts of summer is the guilt-free binging of your favorite Netflix shows.

Netflix is the world’s biggest streaming service so they’ve got thousands of TV shows and movies ready for you to watch. Admittedly, if you live in different parts of the world then certain shows won’t be available for you on your Netflix. However, if you’re an Aussie you can learn how to get American Netflix in Australia by following that link. But for now, in case you’ve run out of ideas as to which series are worth obsessing over, here is a compilation of the 10 best shows to binge before heading back to class.

In case you’ve been living under a rock this past year and have yet to begin the journey to “Stranger Things,” you need to catch up with what’s arguably believed to be Netflix’s best original series to date.

When a young boy goes missing, the entire town of Hawkins, Indiana turns upside down — literally. The town teams up in search for the boy, and they continuously stumble upon stranger and stranger things until they are eventually led to a supernatural trail.

And what better time to begin a series than with just enough time to catch up before the upcoming season premiers on Oct. 27?

This quirky comedy follows Jessica Day, brilliantly acted by Zooey Deschanel, as she deals with a breakup from her boyfriend and moves into a loft with three other guys. Through all the ups and downs of life, love and everything in between, the unlikely group of friends forms an unbreakable bond.

It’s within the first seven seasons you truly get to know and love each character of the show, including Jess, Nick, Schmidt and Winston. And hopefully, the eighth and final season will completely wrap up the many loose ends fans continue to agonize over.

Starring “Gilmore Girls” alumna Lauren Grahamalong with a list of stellar cast-members, this show is bound to pull on your heart strings. It focuses on the story of four siblings, their kids and the parents who started it all. The trials and tribulations this family goes through after years of burying their problems beneath the surface slowly start to emerge, and it’s all too easy to get your binge on with this show.

You can catch all six seasons of “Parenthood” on Netflix now.

“Orange is the New Black”

If you haven’t heard of this show, you must not be on social media. Either that or you simply go out way too often, because this Emmy-nominated series is highly crazed, and it belongs in the must-see category. It follows the story of usually law-abiding Piper Chapman who is convicted of transporting drug money to an ex-girlfriend.

With five whole seasons, this series is sure to keep you preoccupied for a little while at least.

If you love “Grey’s Anatomy” and “House,” then get ready to binge all seven seasons of this show. This off-beat dramedy follows the title character Jackie as a drug-addict nurse who struggles to find a balance between her job in a New York City hospital and her ongoing personal drama.

New to the CW Television Network — home of the beloved Gossip Girl — is this teen drama featuring none other than the infamous Archie Comics characters. Follow Archie, Jughead, Betty, Veronica and some new characters as they try to solve a disturbing mystery following the death of classmate Jason Blossom.

Though there is only one season available as of now, that provides you plenty of time to catch up before season 2 airs on Oct. 11.

The beloved Tina Fey stars in her newest comedy, which tells the story of a woman (“The Office” alumna Ellie Kemper) being rescued from a doomsday cult in an underground bunker. After 15 years of being trapped, the woman ventures to a new life in New York and has people curiously talking, and for good reason.

The first three seasons are available for viewing now, and the fourth season is expected to release sometime next year.

This limited series starring Cuba Gooding Jr., Sarah Paulson, John Travolta and David Schwimmer takes you inside the famous O.J. Simpson trial with exclusive access to the legal teams battling to convict or acquit the football legend of a double homicide. Based off of Jeffrey Toobin’s book, “The Run of His Life: The People v. O.J. Simpson,” viewers are granted behind-the-scenes access to explore the maneuvering on both sides of the conviction and the ability to understand just how an overconfident prosecution, combined with the LAPD’s long history with the African-American community, give the jury reasonable doubt.

“Key & Peele” star Keegan-Michael Key and Cobie Smulders lead the way in this Netflix original series. About friends from college, the series follows the reunion of a close-knit group of friends who graduated Harvard together and their ambitious, clumsy, romantically intertwined lives in modern day New York City.

If you’ve let this one pass you by thus far, don’t let it do so any longer! Start the single series today.

I dare you to look away from this series following the Gallaghers’ alcoholic father and his six children. Each character of the show grows while learning how to make their way through life with what little they have in the lower end of Chicago. Starring William H. Macy, Emmy Rossum and Joan Cusack, you can’t lose with this one.

The best of your summer has yet to come, but with this sturdy list of Netflix must-sees, you’re well on your way to living the glory days of summer 2017. So go ahead, get lost in the world of Netflix television, and you can thank me later. 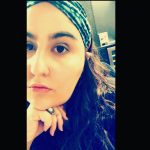 Is the Graphic Content in ‘Euphoria’ Necessary or Needless?

Netflix drama “Maid” is one of the most-watched miniseries yet