The Middle Tennessee Blue Raiders finished the Mule Mix Classic on Sunday as they faced the Kent State Golden Flashers. After winning Friday over Fairleigh Dickinson and losing to Indiana State on Saturday, the Blue Raiders lost their second consecutive game to the Flashes by a score of 14-5.

Starter Peyton Wigginton did not repeat his break-out first performance from last week when he threw six innings of one-run ball. This time around, he allowed four earned runs and only struck out three batters in three innings on the mound before being replaced by junior Carson Lester.

Lester showed some flashes and held Kent State to just two runs in his five innings. With starter Andy Rivera likely out for the season, he got some much-needed playing time to make his case for joining the starting rotation.

“On Friday, (we) weren’t great … and our starting pitching was affected by (Rivera) getting hurt,” said Head Coach Jim McGuire. “Carson Lester is going to move into the rotation … we’ll give some other guys some opportunities to pitch on Tuesday and Wednesday to try and build up their confidence.”

In all, five pitchers saw action on Sunday as the Raiders once again struggled for consistency from the bullpen.

The Raider’s offense once again was stifled, but there were some positive points.

Junior Austin Dennis and senior Ryan Kemp both hit solo home runs in back-to-back plate appearances in the bottom of the fourth. This gave the Raiders their first runs of the game.

They were then held scoreless until the eighth inning when sophomore Aaron Antonini hit another solo home run to bring the score to 8-3 in favor of Kent State.

“The more I keep looking at it, I think the top five in the line-up is fine,” McGuire said, “If I can keep that consistent and maybe get some more production out of them, and then change the bottom of the lineup, maybe it will make us a little more prepared.”

The Raiders will be back in action on Tuesday when they will travel to Knoxville, Tennessee to take on the University of Tennessee Volunteers. First pitch in that contest is set for 2:30 p.m. 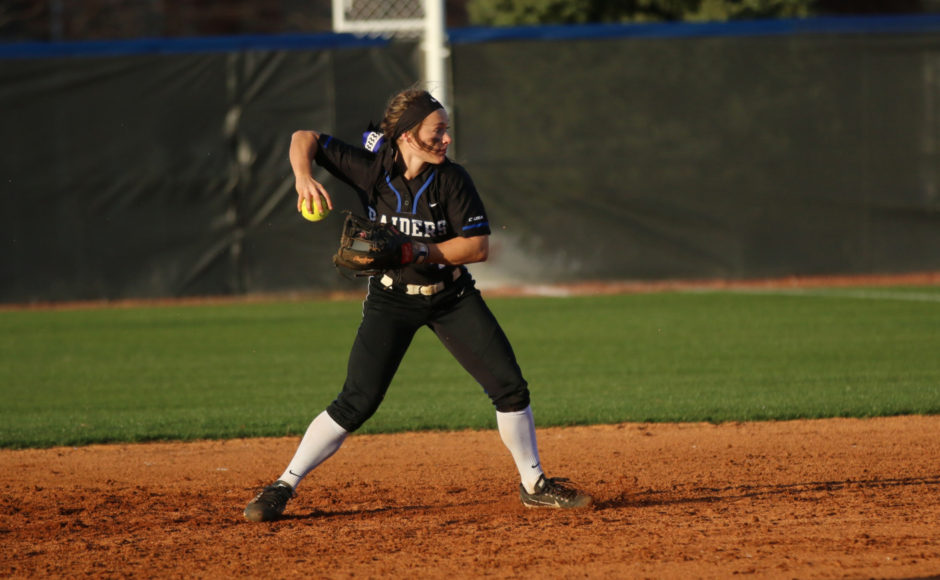 Softball: Blue Raiders take 2 of 3 from 49ers in weekend set