The Middle Tennessee Blue Raiders hit a pothole in the Conference USA Tournament semifinals, as they fell to the Florida Atlantic Owls by a final score of 4-1.

Middle Tennessee won the first meeting between the two teams on Mar. 18 by the same score, but the Owls got their revenge by ending the Blue Raiders’ tournament run a round early.

FAU opened by winning the doubles point in a tiebreak at the No. 2 doubles match to go up 1-0. Chris Edge and Tom Moonen capped a successful doubles season by winning their match at the first spot by a score of 6-3.

Gian Issa earned the lone win for the Blue Raiders with his 6-4, 6-1 win at the No. 4 singles match, but Florida Atlantic won three matches to knock MTSU out of the tournament. The loss snapped a 10-match winning streak and leaves the Blue Raiders with a 22-5 record on the year, their best mark in over 20 years.

FAU moves on to play the top-seeded Old Dominion Monarchs for an automatic bid into the NCAA Tournament.

Middle Tennessee will await its fate in hopes for an at-large bid into the tournament, but it entered the C-USA Tournament knowing it was in the bubble. If the season is indeed over for the Blue Raiders, it caps an incredible year for the teaming which they smashed records and re-entered the ITA Top 50 for the first time since 2016.

The loss of seniors Miguel Negre Fernandez, Issa and Jan Porteset will sting, but MTSU will return most of its core and will prepare to keep their momentum going in the fall.

Next A look at Record Store Day through the years 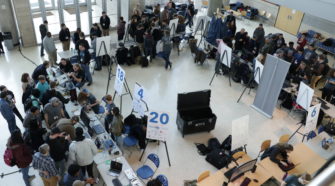