On Friday night, the Frist Art Museum held an event to celebrate the opening of its new exhibit, “Paris 1900: City of Entertainment.” Guests were treated to a collection of French art, food, drink, music and live performances, including Suspended Gravity Circus and Champagne Superchillin’.

“The Frist has been a great host,” said Bailey E. Freeman, 29, one of the featured aerial acrobats who performed for a standing-room-only audience.

The exhibit features loaned artwork from several prominent Parisian museums and will run until January 6, 2019. 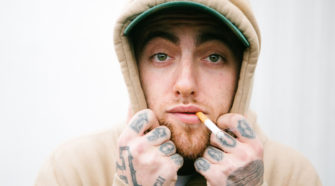