The ever-growing singer-songwriter scene in Murfreesboro is rife with songwriters and musicians, college students performing at venues around town, campus events aiming to showcase the local talent and artists simply looking to catch a break in Nashville. While many of these songwriters are often found crooning love ballads and gently strumming their acoustic guitars, Belle Gray stands out amongst the rest, touting a powerful stage presence with her compelling voice.

In fall 2017, Gray came to MTSU to pursue a career in the industry, majoring in music business. With her charismatic personality, she fit right into the college setting. However, she had a change of heart after learning about the business side of music and switched her major to psychology.

“The more I learned about what goes into managing an artist, or putting together a show, the more I wanted to just be the artist performing,” Gray shared.

Gray spent time performing in Murfreesboro and Nashville. More recently, however, Gray broke out of the southeast market and moved to a higher echelon in entertainment, as she starred on season 17 of “American Idol,” which is still ongoing.

Gray spoke openly about her nerves leading up to her auditions in Atlanta and Louisville.

“After my first audition, I had to go up to Louisville for the televised audition, where I was waiting for about 13 hours.”

While her patience was tested, she described how the wait prepared her more for the audition. She spoke highly of the judges, Lionel Richie, Katy Perry and Luke Bryan, and how polite each of them were.

“The first thing I did when I walked in for my audition was tell Katy how beautiful she was,” Gray laughed.

For her initial audition, Gray sang “Figures” by Jessie Reyez, and for the televised auditioned, she sang Fixing’s “The Medic.” Only minutes after performing the song, the iconic judges handed Gray her golden ticket to Hollywood.

While Gray noted some of the luxuries of starring on the hit show, like staying in a fancy hotel and making connections with other artists, there were some hardships that came with the experience.

“One of the biggest challenges about being on ‘American Idol’ was during the audition process. I would become friends with people, and they would walk out of the audition crying because they didn’t make it,” Gray shared. “It was also pretty hard being away from home for so long. Some of those people are still there and haven’t been back home yet. They are all really homesick. It’s tough when you’re so far away for an indefinite amount of time.”

Out of the 100,000 people who auditioned to be on the show, not only was Gray chosen to go to Hollywood, but she had a very successful run. Although she was eliminated, Gray made it within the remaining top 60 contestants and still seems to be very proud to have made it so far.

Her high spirits have motivated her to continue her music career.

“I’m really hoping to play a lot of shows this summer, and I want to finish my first album,” Gray said.

While she hasn’t released a full-length album just yet, she has released two singles, which can be found on all streaming platforms.

Her songs carry a familiar alternative sound but feature backbeats that one would usually find in a rap song. Her newer songs, which she performs live, showcase rhyme schemes heavily influenced from early ‘90s R&B and hip-hop, such as T.L.C., to modern day artists like Cody Simpson, Blackbear and sometimes she showcases a sound reminiscent of former MTSU student Julien Baker, who is experiencing a break-out moment in her career.

While her experience of being on “American Idol” may have been cut short, Gray does not plan on halting the momentum she’s gained. In addition to booking shows and finishing an album, “I could see myself trying it all again, or maybe trying out for ‘The Voice’ next year. Either way, I’m not gonna let my elimination bring me down,” Gray said.

Overcoming obstacles with no fear of standing out, Gray is not afraid to do things her way.

Previous The art of taxidermy: Breathing life back into the dead

Next Bill allowing adoption agencies to deny service to LGBT individuals stirs controversy on campus, across the state 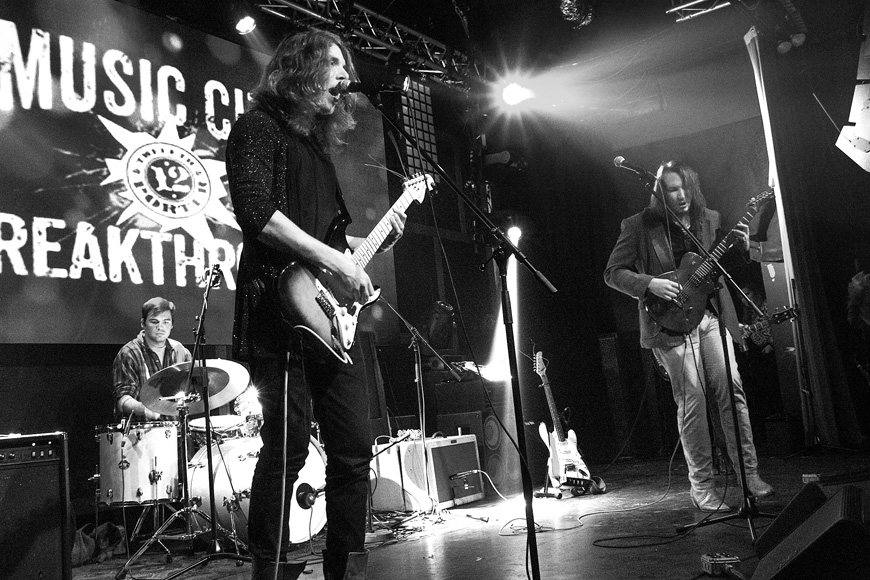